Ruining perfectly good ingredients using a poor slow cooker recipe is not only an extremely frustrating experience, but a waste of your time and money, too.

Whether you’ve bagged yourself a bargain slow cooker in the January sales or received one for Christmas, our round-up of expert tips can help you avoid the pitfalls that happen when you’re getting to grips with a new gadget.

Read on to find out how to discern good slow cooker recipes from bad ones and get great results every time.

Haven’t bought a slow cooker yet? Head to the bottom of this article to see models we’ve tested recently.

Read our slow cooker reviews to find your perfect model.

My casserole has too much liquid

This is a fairly easy mistake to make, especially when you first start using a slow cooker, because slow cooker stew and casserole recipes don’t need as much liquid as regular recipes. It can be tempting to fill up your slow cooker’s bowl with stock or gravy, but there’s no need. The lid remains in place during cooking, so hardly any liquid is lost.

If you’re adapting your favourite recipe for a slow cooker, reduce the liquid. Crock Pot suggests using half the recommended amount, unless you’re including pasta or rice. Check your slow cooker’s instruction manual for more information.

Yes. Rescue the stew by removing some liquid if you can. You can also try mixing a small amount of flour or cornflour with some cold water, adding it back to the stew and leaving it to cook out.

Another option is to remove everything except the liquid and add in some butter to help thicken it. You can also add gravy granules or sauce-thickening granules. Morphy Richards suggests removing the lid and using the high setting to simmer for 30-40 minutes to reduce the liquid.

Alternatively, serve with dumplings or crusty bread and enjoy the sauce. 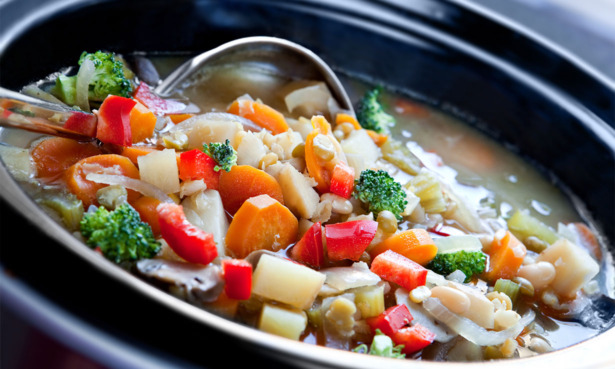 The meat in my stew is dry

Cheaper, fattier cuts of meat such as stewing beef and pork shoulder work better for slow cooking. Avoid leaner meats if possible, or give them a shorter cooking time. The more marbled the meat, the better it should cook, but remember that any fat will be transferred to the dish.

If you have time, browning off meat in a pan first before adding it to your slow cooker will not only help to reduce the fat content, but it can also add flavour and make the dish look better.

Dry meat isn’t something you can remedy easily, because you won’t know it’s an issue until you tuck in and taste your recipe. But you can help to prevent it by remembering the above points for next time, and making sure you’re using the best cuts of meat for slow cooking and cooking them for long enough.

A lot of slow cooking is trial and error and working out what’s best for your favourite recipes. 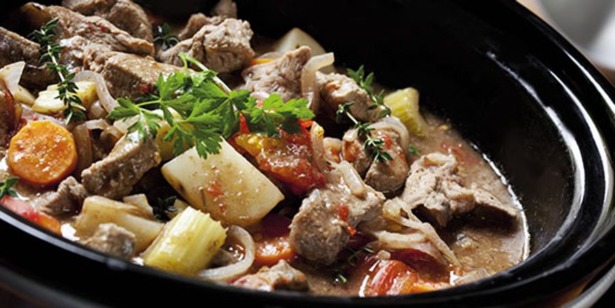 The meat in my dish is tough

The secret to slow cooking meat is ‘low and slow’. You won’t save much energy by cooking on a faster setting, so don’t be tempted to rush it. In our slow cooker survey (October 2021), an impressive 72% of owners said the low setting was the one they used the most, and there’s a good reason for that. Cooking slowly allows the meat to tenderise and the flavours of the dish to develop.

Meat tends to cook more quickly than vegetables in a slow cooker, so Morphy Richards and Crock Pot advise making sure vegetables are placed nearest to the cooking pot sides or the bottom, underneath the meat, to help everything cook at the same time.

The smaller you cut your ingredients, the faster they will cook.

It might be. If you’ve only cooked the dish for a few hours and the meat seems tough, consider using the low setting and extending the cooking time. Before you cook your recipe again, check the meat you’re using isn’t too lean.

Don’t be tempted to remove the lid too often while cooking. This will affect how well your slow cooker works, and can also increase the overall cooking time. 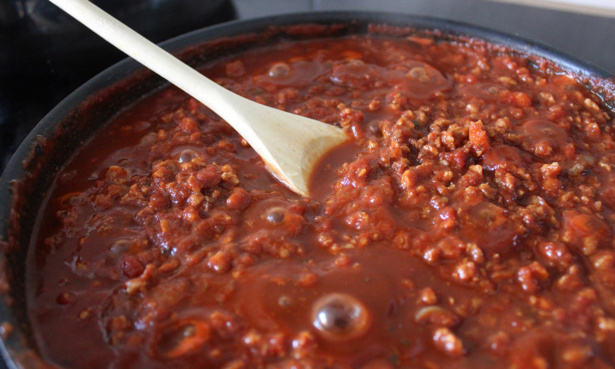 My slow cooker recipe is tasteless

There’s nothing more disappointing than waiting eight hours for your recipe to cook, only to discover that it’s tasteless. But that can be exactly what some people experience.

Sometimes using too much liquid can dilute the flavour during cooking, and not using the best quality meat or the right cuts can also lead to a flavourless dish.

Yes. While you might not be able to do much at the time, bar adding some fresh herbs or spices towards the end of cooking, there are things you can try next time you cook. For starters, check that the meat you’re using it the right type – flavoursome chicken thighs instead of breast, or meat that isn’t too lean, for example.

Don’t use too much liquid, and add fresh herbs towards the end. Experimenting with condiments such Worcestershire sauce can really help to pep up a dull dish, too.

Try browning meat and vegetables first. Some slow cookers, such as the Morphy Richards Sear and Stew, allow you to brown the meat on the hob first, then use the same pot for slow cooking. Not only will this help to develop the flavour, it also means you save on washing up.

Not sure where to start and need help? Find out how to use your slow cooker.

What not to put in your slow cooker

There are some ingredients that just don’t do well in a slow cooker unless you follow the rules – no matter how many times you’ve seen them on Instagram or TikTok. 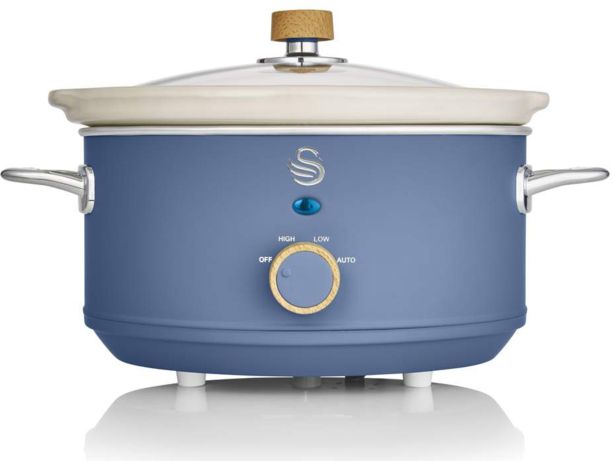 Didn’t get a slow cooker for Christmas? Read reviews for the latest slow cookers we’ve tested (ordered by price) and discover which models made the grade as a Best Buy.

Prices correct at the time of writing. Prices and availability may change.