We round up the tech gadgets that are rarely discounted, so if you spot one of these when doing your shopping, you know you're getting a good deal.

You might be tempted to reach for your wallet this winter to take advantage of low prices. But not all tech deals offer great value – our pricing research shows that some products promoted during sales periods can be found cheaper at other times of year.

The key to finding a genuine bargain is knowing how to separate the deals from the duds, and we can help with that. We keep a constant eye on what's in the shops throughout the year and how much retailers charge, so we know which laptops, tablets and TVs aren't often on sale.

That means if you spot one of these at a discounted price, it's likely to be a good offer.

Most importantly, you should only by products in sales that you know you'll genuinely love using. Our sales shopping guide will help you bag some Best Buy tech, that you won't regret snapping up.

Which shop should I buy electronics from?

Don't panic buy – doing some extra research and comparing prices from a range of shops could save you a tidy sum.

In a recent Which? survey, more than one in three (38%) members told us they trust shops that rarely or never have sales more than ones that regularly do. And more than half (54%) of respondents admitted that they were unlikely to wait until a sale reduction before making a major product purchase.

When it comes to electronics, Amazon is the most competitive retailer for pricing on products such as cameras, fitness trackers and TVs.

Remember that most big-name stores support a price-matching scheme:

Buying a TV in the sales

TVs are fairly predictable in their pricing, and winter sales are generally a good time to buy. Most new TVs are launched between April and June and tend to reach their lowest price around eight months afterwards, which conveniently fits into the Black Friday and Christmas sale period.

If you're buying a TV that will sit in your living room for years to come, take some time to research your options. Keep an eye on prices over the weeks leading up to the sales to help you determine whether or not a flash deal is as good as it looks at first glance. In some cases, 'special offers' will come in the form of a slight reduction or continuation of a sale price you've already seen.

Black Friday is a great time to pick up a discounted TV, but don't worry if you've missed it. Prices are likely to stay low into the new year and beyond.

Before you snap up a bargain, take a look at our expert television reviews. We've covered TVs from LG, Panasonic Samsung and Sony.

Whether you're team Apple, team Android or open to both options, the winter sales could be the ideal time to treat yourself to a new handset.

Apple recently refreshed the iPhone family with three new headline-grabbing gadgets. Apple products are not typically discounted as frequently or heavily as other brands, and are known for fairly consistent pricing across the year, so if you do see winter discounts, they could be worth a look.

Although it's a cheaper alternative to the iPhone XS and iPhone XS Max, iPhone XR is still a pricey option, and normally costs £749. It packs a 6.1-inch display into its case and comes in a wide range of colours, steering away from the familiar Apple grey, black and white.

The iPhone XS sits in the middle when it comes to specifications and price, at £999. Virtually identical to the iPhone X, it has a 5.8-inch OLED display. But is this one of the best iPhones yet? Our iPhone XS review reveals all.

The iPhone XS Max is even bigger, equipped with a preposterous 6.5 display. It costs a whopping £1,099, so if you're interested it may be worth looking out for a deal.

But before you spend big on this premium smartphone, read our full iPhone XS Max review to find out how it fares against Android rivals.

Updates to the iPhone range mean that Apple's older iPhone X has experienced a slight price drop. While the iPhone XS starts at £999 through Apple's own website, you can pick up a Sim-free iPhone X for a slightly more manageable £899 through Carphone Warehouse.

Arguably the most talked-about mobile phone of 2017, the iPhone X has the same 5.8-inch display as the iPhone XS, but runs on a slightly older A11 Bionic processor. Like the XS, the X has dual 12Mp rear cameras. See how this iPhone model scored in our lab with our in-depth iPhone X review.

If it's a feature-packed Android mobile you're after, the Samsung Galaxy S9 and Galaxy Note 9 might be on your shortlist. The S9 has a 12Mp camera at the back and an 8Mp lens at the front, which sits just above the 5.8-inch screen. The sleek Note 9 is well-suited if you want to stay productive on the move - the 6.4-inch mobile ships with a Samsung S Pen stylus.

The affordable Samsung Galaxy A8 has recently been re-priced at £299 rather than £399, so be wary of deals claiming that £399 is its normal price.

The Samsung Galaxy S8 launched at £689 when it was unveiled back in 2017, but since then it has been replaced by the Galaxy S9. The S8 has a large 5.8-inch edge-to-edge touchscreen, 12Mp rear camera, iris scanner, heart-rate sensor, and Samsung's Bixby personal assistant.

If you don't mind picking up a slightly older phone, Amazon had the 64GB Galaxy S8 on sale at around £365 leading into Black Friday, and might do the same later in the year. See how this mobile fared in our lab with our Samsung Galaxy S8 review.

Other smartphone deals to watch out for

With Sony recently launching the Android-powered Sony Xperia XZ3, the older Xperia XZ2 will be on offer. Argos hosted a 'Sony Sale week' earlier in 2018, and we expect more Sony deals to land late in the year.

Before you part with your hard-earned cash, enlist the help of our expert smartphone reviews to make sure you're getting a good deal.

We spotted this laptop on offer at a discounted price of £749 during the summer, down from £999. As the winter sales approach, it could well go on sale again. This top-spec Chromebook has a 12.3-inch display, paired with a seventh-generation Intel i5 processor, 8GB of Ram, a 128GB solid-state drive, and a 'Pixel Pen' stylus for writing on the screen.

The entry-level price of the Microsoft Surface laptop has already dropped to £649 since its original release, but this may well fall further this Christmas, following the launch of the Surface Laptop 2 in October 2018. The new model starts at £979.

Microsoft's original Surface has a 13.5-inch screen and either a 7th generation i5 or i7 Intel processor. It starts with 4GB Ram for the entry-level model, going up to 16GB. Storage on offer is 128GB solid state drive (SSD) for the basic model, up to 512GB for the premium. It also comes with a stylus that can be used to annotate the touchscreen. For more details, see our Microsoft Surface review.

Unlock all of our test scores by heading over to our laptop reviews page.

Apple's Series 3 smartwatch is crammed with features that can help you lead a healthier lifestyle. It's available in two screen sizes – 38mm and 42mm – so you can pick the one to fit your wrist.

There's a good chance that this fitness tracker will go on sale this winter, considering its successor is now on the shelves. The Fitbit Charge 2 is the number-one selling fitness tracker from Fitbit, equipped with a range of advanced fitness-monitoring features including a 'cardio fitness level' function. It usually costs £139.99, so look out for deals less than this.

Hit your daily step goal with a Which? Best Buy wearable. Explore our fitness tracker reviews and smartwatch reviews.

Unlike many other tech products, printers don't tend to change rapidly. In fact, models will often remain on sale for a number of years, so you definitely shouldn't rule out an older printer if you see one discounted in the sales. It's worth noting that Amazon is a good retailer to turn to for buying popular printers.

To see which printers are worthy of Best Buy status, head over to our printer reviews page.

Amazon is set to launch a new Fire Stick with 4K on November 14, so we're likely to see a reduction on the current model this winter.

For now, the Amazon Fire TV Stick with 1st Gen Alexa Voice Remote costs £40 at most retailers, including Amazon. If you're not too bothered about 4K support and have been thinking about picking up a TV streaming device, then this could be a great opportunity. We think that £30 or less would be a good deal, so keep your eyes peeled.

Tempted by the Apple Airpods? These wireless in-ear headphones were discounted last Black Friday, so keep a look out this year. They typically cost around £159, though we've seen them for around £130 on Amazon. See our Apple Airpods review for our expert verdict on sound quality.

In September, Sony unveiled a follow-up to its WH-1000XM2 headphones – the WH-1000XM3 headphones. We wouldn't be surprised to see the older set treated to a price reduction around Black Friday. Typically, these headphones are priced between £250 to £330. If you spot them for under £250 during Black Friday, it could be a good time to buy.

Treat yourself to a pair of Best Buy headphones. Our headphones reviews can help you find the perfect fit.

There's no shortage of cut-price Bluetooth speakers over the winter sales period. With the Ultimate Ears Boom 3 speaker being released in September, we expect to see the Ultimate Ears Boom 2 on offer. It is designed to be the perfect travel companion, boasting an impressive battery life and a body that is water-, dirt- and shock-proof. It typically costs £85-100, so if you see it for less than £85 you're getting a decent deal. Did the Boom leave our test lab with a Best Buy sticker? Our Ultimate Ears Boom 2 review has the answer.

If you want to compare the Boom with other similarly-priced options, see our

page. We've tested plenty of durable, waterproof speakers from the likes of Bose, JBL, LG and Samsung.
Share on Facebook
Share on Twitter
Share by email
Print
How to shop smart in the sales
LATEST NEWS IN Which? Shopping, food & drink See all News 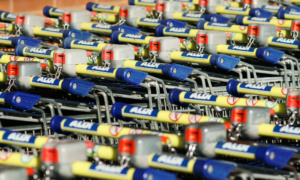 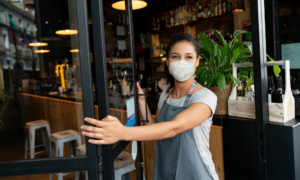 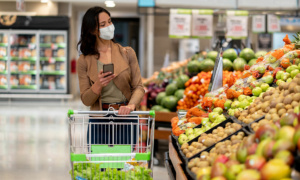 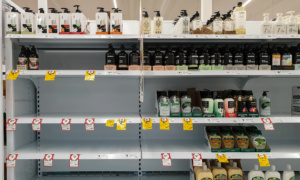