Avoid the crowds in the five European cities rated best for peace and quiet by Which? members

Krakow may be Poland’s second-biggest city, but wander away from the impressive Central Square towards the remains of the old medieval wall and you'll start to have the place to yourself.

In Planty Park, which encircles the Old Town, you’ll find acres of space among its eight colourful gardens and towering pines. And to really avoid the crowds, take a trip to the suburbs for 17th-century Tyniec Abbey, built into a cliff overlooking the river Vistula. Stay for mass and you'll hear Gregorian chants from the resident Benedictine monks.

Which? members gave the city a high rating for lack of crowds. In fact, it was their favourite European city,  with a score of 93%. But this city isn’t just tranquil; it also landed five out of five stars for ease of navigating, and its great food and drink scene - trying Poland's famous dish, pierogis, is a must.

And the clincher? This city scores an unrivalled five stars for value for money. No wonder when, away from the main square rip-offs, you'll get a good meal for less than a tenner, and a pint for £2.

Unlike Barcelona, further up the coast, this beach-front city rarely feels overrun with tourists. It receives less than a fifth of the visitor numbers.

Avoid eating in the main square - Plaza del Ayuntamiento - and you'll not only find far better food and drink options, but you'll also skip the queues and avoid the crowds. Restaurante Levante, just outside the Old Town, is the best place to try Valencia's most famous culinary contribution - paella.

Its near-constant sunshine, with temperatures never dipping below 16ºC on average, makes Valencia a year-round destination. Though if you want to swim in the sea, visit between May and October.

And when you're not lazing on the beach, there's plenty to see - from the cathedral's Gothic tower, to the colourful tiled facades in the old fisherman's quarter of El Cabanyal. And the City of Arts and Sciences, with its dazzling spaceship architecture is a must see.

Berlin was rated four out of five stars for lack of crowds, which, given its many cultural attractions, may come as a surprise. From the dizzying heights of its eccentric TV Tower, to the fragments of the infamous wall, steeped in tumultuous history, there's a lot to draw in visitors.

But because Berlin is so spread out, it never feels overrun. You'll certainly find tour groups at the world-class Pergamon museum on Unesco-listed Museum Island, but head to Tempelhof-Schöneberg, an abandoned airport, park and popular picnic spot, and you'll have over 300 hectares to enjoy.

Climb the gleaming glass beacon of the Reichstag dome and you’ll be rewarded with 360 degree views. Once you’ve got your breath back, grab lunch at Curry 36 in Kreuzberg, where you can sample currywurst - slices of steamed and fried sausage doused in curry ketchup and sprinkled with spice.

When you arrive at Bordeaux-Merignac Airport, it is apparent you’ve just landed in the wine capital of the world. Colossal faux wine bottles sit aboard the luggage carousels readying you for your first taste of a Bordeaux red – which you can find in nearby vineyards, such as at fairytale Chateau Pichon Baron.

Before you hit the wineries, immerse yourself inside La Cite du Vin, an interactive museum dedicated to the history of wine production. The self-guided tour ends up on the 8th floor, where you can enjoy a glass, alongside breathtaking views.

The city is more than just fine grapes though. There's stunning gothic-style architecture - visit the 15th-century Tour Pey Berland - and the city's fabulous food and drink scene, scoring five stars in our survey. Head to the west of the river to café hop between Place de la Bourse and the Museum of Fine Arts, before sampling oysters in the food market, Marché des Capucins.

Finland, with its thousands of square miles of forest, tundra and lakes is ranked by the World Economic Forum as the safest country in the world. And its capital, known for avant-garde design, great food, and its beautiful bays and islets offers visitors lots of open space to explore.

It’s all about laid back life here. Most attractions are within walking distance, with plenty of parks to rest in. Its Central Park, Keskuspuisto, is more of a forest at 10km long. And ‘Esplanadi,’ is the perfect place for a picnic. Forgotten to bring one? Head to the park's Kappeli restaurant – a Helsinki favourite that’s been open since 1867.

But no Finnish trip is complete without visiting a public sauna. Loyly spa with its three story terraces offers sweeping views of the Baltic coast, or do it like the locals and head to Kulttuurisauna - a low-key option. 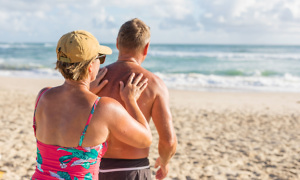 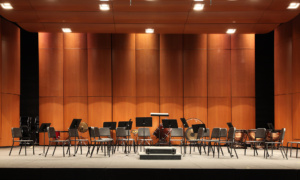 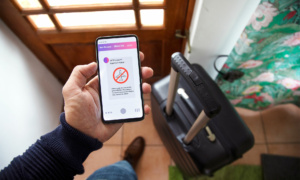