March is the time for planting summer bulbs, controlling slugs and snails, and planting early potatoes.

Look out for summer-flowering bulbs, such as galtonia, in the garden centre. They’re great for filling gaps in the border.

If you don’t have a free spot at the moment, plant them in pots and temporarily place them in the border when they’re just about to flower, then move them back out of sight when they’ve finished.

Summer-flowering bulbs to try include: lilies, gladiolus, and dahlias. Most should be planted at three times the depth of the bulb, but check the recommendations on the packaging.

Now that spring has arrived, the temperature should be starting to creep upwards. But the lush new growth that this encourages is irresistible to slugs and snails, so be sure to take some controls now.

We found that organic slug pellets based on ferric phosphate are just as effective as ones based on methaldehyde.

We've also had success with biological controls, though these don’t control snails. Biological controls use microscopic nematodes which are natural predators of slugs. You can either buy empty packets with a voucher inside at the garden centre or buy them from specialist companies via mail order. They need a minimum soil temperature of 5C so the company will only send them out when conditions are suitable.

Read more about slugs and snails in your garden.

While most varieties of potato are planted in April, earlies, such as ‘Rocket’, should be put in during March.

If you’re planning to grow them in pots, use one that’s at least 25cm in diameter and half fill it with one of our Best Buy composts for containers. Bury the potato just below the compost surface. As shoots grow, cover with more compost until the pot is full. Cover the young plants with garden fleece if frosts are forecast. Make sure you water the pot regularly so the compost is moist but not wet.

By late June or early July, your potatoes should be OK to harvest. Check they're ready by putting your hand into the pot and gently feeling for the tubers. If they feel big enough, tip out the contents of the pot, otherwise leave them to continue growing.

Read our guide to how to grow potatoes.

Watch out for lily beetle

March may seem a bit too early to be watching out for lily beetles, but they often attack crown imperials (Fritillaria imperialis) at this time of year. Later on, they'll attack lily flowers and foliage.

Squash any of the red adult beetles and the black larvae that you find or they’ll quickly shred the leaves and flowers.

Find out more about lily beetles in your garden.

The most effective way of improving the soil in established borders is to mulch the surface with a 3cm-layer of organic matter, such as garden compost. It will also help to suppress weeds and trap moisture in the soil.

If your heap doesn’t produce enough compost to mulch the whole garden, it’s worth contacting your local council to see if it’s possible to buy the compost that’s made from the green-waste collections. Mushroom compost (though not for acid-loving plants, as it contains chalk) and composted bark make good alternatives.

The soil is starting to warm up and there's plenty to do in the veg garden.

For our complete guide to veg garden jobs for March, watch our video. 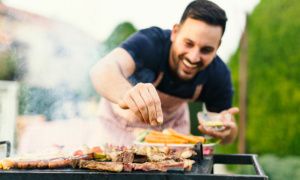 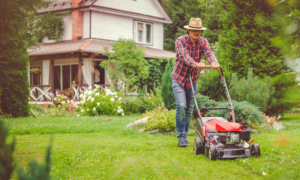 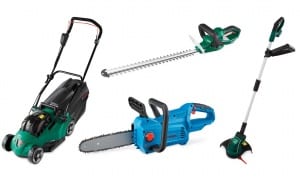 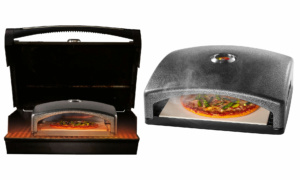