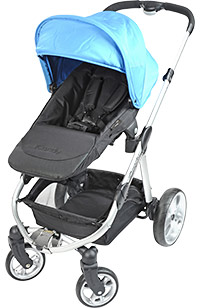 The latest Which? pushchair testing results are in, and they’ve revealed a pushchair that impressed our experts in our tough tests – so we’ve made it a Best Buy.

With over 180 pushchair reviews, including the top 47 Best Buy pushchairs Which? recommends, we can help find the right pushchair for you – whatever your budget.

Head to the Which? pushchair reviews now to discover the perfect model for you and your child’s needs.

Which? members can log in to see the full results. If you’re not a member, taking out a trial to Which? will give you instant access to all our pushchairs reviews as well as full access to the rest of the Which? site.

The new iCandy Apple 2 Pear travel system is a single pushchair that can be converted to a double. It’s an update on the previous model.

After feedback from customers and our pushchair tests, iCandy made a number of changes to the Apple 2 Pear pushchair – particularly the way it converts from a single Apple pushchair to a double Pear.

It now comes with a cheaper, simpler conversion kit and is lighter and slimmer than before. Read our review of the iCandy Apple 2 Pear to find out how this updated version did in our tough expert lab tests and parent panel trials.

Browse all our iCandy pushchair reviews. 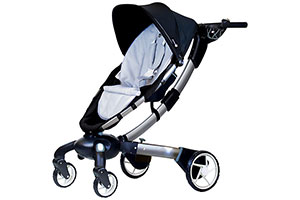 For those without buggy-budget restrictions, the 4Moms Origami pushchair costs over £900 but, for this princely sum, you’ll get a unique-looking self-charging, self-folding pushchair.

The 4Moms Origami folds at the touch of a button, and can unfold itself, too. It features an LCD dashboard which keeps track of how far you’ve walked and how fast, and it’ll tell how much power is left as well as the temperature.

You don’t have to spend £900 on a pushchair, though, as Which? has pushchair Best Buys from just £70.

All the Which? pushchair reviews contain detailed information about what is – and more importantly what isn’t – included in the pushchair price you pay.

Most pushchairs will come with a hood, shopping basket and rain cover included, but sometimes those added extras will cost extra – including matching changing bags, car seat adaptors, footmuffs or colour coordinating aprons.

Head to the ‘full specification’ tab on the pushchair you’re interested in to check what’s included in the standard package and to find out whether there are any optional extras you have to pay for.

The full list of pushchairs we’ve just reviewed is below. Go to our pushchair reviews section now to find out how they scored and which made the grade as Best Buys.

Six mistakes to avoid when buying a pushchair

Cybex, Silver Cross or Bugaboo – which pushchair should you buy in 2021?