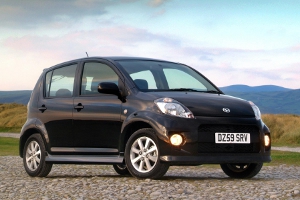 Superminis should be some of the cheapest cars to buy and own, but that’s not always the case, as results from the latest Which? Car Survey reveal.

If you’re buying a supermini, you’d hope that it would not only be cheap to buy, but cheap to live with. But while one supermini gets a glowing report from owners for how much space and reliability it offers, another is slated for its cramped interior, uncomfortable ride and high bills.

This worst value supermini costs so much more to run than owners expect that it sits just above the bottom of the entire Which? Car Survey for value. We’ve trawled through the latest Survey results to discover which models really do offer super mini running costs and which are barely cheaper to run than much larger cars.

You can find out which models were rated best and worst for value for money and discover numerous other owner verdicts about the cars they drive by signing up to Which?.

Members can read the full Which? Car Survey results. If you’re not a member, join Which? for £1 and gain instant access to all our ratings.

Topping the supermini tables for reliability with a very impressive score of 93.9% is the Daihatsu Sirion (2005-2010). Daihatsu may no longer sell cars in the UK but the Sirion proves that even older models are very cheap and reliable to live with.

One Sirion owner described their car as, ‘roomy, loads of storage and quite nippy – not what one expects from a hatchback.’ Another Daihatsu driver said, ‘the Sirion is very economical to buy and to run and utterly reliable.’

‘Cast iron reliability’ was the main attribute coming in for praise, but owners also loved the Sirion for its affordability, ease of driving, good equipment levels and spacious interior.

‘Unpretentious, unfussy, practical, roomy, reliable, easy to park, good visibility with its fairly high ride, easy to get in and out of (especially for older people)’ sums up the Sirion for another owner. 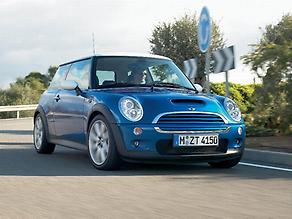 The Mini (2001-2007) may be one of the smallest cars on the road, but ownership costs are much more substantial according to owners. With a meagre value for money score of 65.7% in the latest Which? Car Survey, the Mini is barely 4% above the poorest performing car – a very bad showing for a supermini.

Mini drivers slated their cars for an uncomfortable ride and hefty running costs. One owner said, ‘the annual cost of repairs has been circa £1000’. Another stated, ‘it seems to be one or two big faults a year, despite not driving it much’.

Helping to dent the Mini’s value score further were its cramped interior which means ‘I cannot take adults in the back of the car’ and ‘a boot so small that if you’re planning to go away for anything requiring more than one bag then it becomes a two person only car’. Uncomfortable seats, expensive tyres and poor fuel economy were the nail in the coffin.