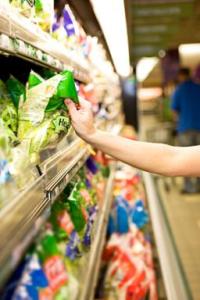 Asda was cheapest for our basket in December

Asda was the cheapest supermarket in our Christmas price comparison, which included Morrisons for the first time.

Every month we compare the price of around 100 branded food and grocery products at online supermarkets Asda, Morrisons, Ocado, Sainsbury’s, Tesco and Waitrose, averaged out over that month. We looked at 84 products in December, and the total average prices we calculated include discounts but not multibuys.

We included Morrisons for the first time in our comparison this month, as although Morrisons only delivers to certain parts of the country, it is expanding. To find out how Morrisons ranked and how the other supermarkets stack up over the past year, check out our supermarket prices compared page.

To work out the prices we used data from the independent shopping website Mysupermarket.

Aldi, Lidl and Waitrose were the success stories of 2014, as they all saw their market shares increase. In contrast, market leader Tesco struggled as it dealt with an accounting scandal and issued profit warnings.

Sainsbury’s and Asda have this week announced £450m worth of price cuts between them in a bid to increase sales. Tesco said that it is cutting the price of 380 big brand products by an average 25%.

You can find out which supermarkets are rated best by their customers in our guide to the best and worst supermarkets. Our supermarket ratings are based on our annual survey of thousands of shoppers, who are asked to rate everything from the customer service they’ve received to the quality of the food they’ve bought. You can discover whether the supermarkets that are increasing market share are among the favourites.

Most of the big supermarkets operate a price comparison scheme, in which they compare their prices against other supermarkets – often giving you a voucher for the difference if it was cheaper elsewhere. You’ll find that these schemes vary as different supermarkets have different rules about what they compare.