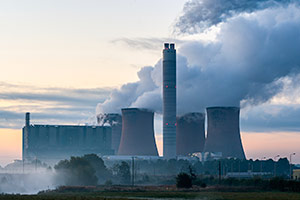 The energy ombudsman reveals which companies had the most complaints upheld

The energy ombudsman has revealed the number of complaints it received from the customers of the UK’s biggest energy companies. Find out how your energy company fared below.

Today, the ombudsman has published the first set of figures revealing the number of complaints for the 10 largest energy companies in the UK during the first quarter of 2015.

The data tells us how many customers per 100,000 successfully complained to the ombudsman, and it makes for interesting reading.

We called for the ombudsman to publish information about each energy company’s complaints and their outcomes back in 2012, and today’s news shows that we’re making progress.

Want to know which energy supplier topped our customer survey? Head straight to our best and worst energy companies to find out.

Scottish Power, it appears, has the unhappiest customers of the UK’s ten largest companies. It topped the table with a whopping 173.02 complaints per 100,000 upheld by the ombudsman between January and March 2015.

Our table, below, shows the results of all ten companies.

Help Which? improve the energy market

We called for the ombudsman to publish information about each energy company’s complaints and their outcomes in our retail market report back in 2012.

Which? executive director, Richard Lloyd, said: ‘We’ve long called for the Energy Ombudsman to name and shame the suppliers getting the most complaints, so it’s about time people have public access to this information.

‘Our research shows energy companies are among the worst for resolving complaints, so suppliers need to start turning this round to improve on the low levels of trust in the industry.’

Although today’s news shows progress, we believe there’s still work to be done to make the energy market fair for consumers. We’re calling for fairer energy prices, and are calling on the Competition and Markets Authority to take action to make this happen.

We want the energy regulator, Ofgem, to offer simple pricing, and set energy companies a ‘Price to Beat’ so consumers will know if they’re getting a fair deal.

Help us push for change by joining over 203,000 consumers in signing our fair energy prices petition.

UK vs US farming: what’s the difference?