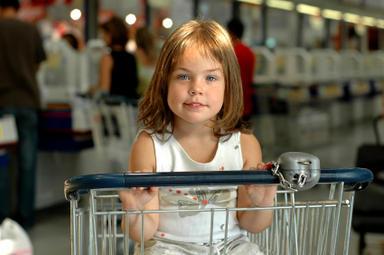 Asda was cheapest for our August 2015 comparison basket

Each month, we compare a basket of everyday shopping at the major online supermarkets. Asda was the cheapest supermarket for August – it cost £12.51 less than the most expensive supermarket.

Asda charged £146.74 for the 78 products included in our August comparison. By contrast, Waitrose was most expensive at £159.25.

Every month, we compare the prices of a selection of everyday groceries, such as tea, bread, toilet roll and toothpaste, from the main online supermarkets.

To find out where Sainsbury’s, Waitrose, Tesco and Morrisons ranked, check out the full results at supermarket prices compared.

Both Morrisons and Aldi claimed victory after an Advertising Standards Agency (ASA) ruling about Morrisons’ price match adverts. The adverts were used by Morrisons to promote its price match scheme ‘Match & More’. The supermarket compares its prices against Tesco, Asda, Sainsburys, and the scheme is unusual for also comparing against Aldi and Lidl prices.

The adverts promoted the scheme but didn’t make specific price comparisons. Aldi and several members of the public complained about the ads and whether they were clear enough about how the scheme works.

The ASA rejected four aspects of the complaints but upheld the fifth and said that Morrisons needed to make it clearer how the comparisons worked. The ASA told it not to run the adverts again until more information was included.

But what do Morrisons’ and Aldi’s customers really think about the supermarkets’ prices? Find out in our review of the best and worst supermarkets.

Many supermarkets have a price matching scheme. However, these schemes do vary, so to help you out we’ve put what the major ones are below:

Every month we compare the price of between 75 and 100 grocery items at the main online supermarkets Asda, Morrisons, Ocado, Sainsbury’s, Tesco and Waitrose.

The products are all branded items and include a wide range of groceries.