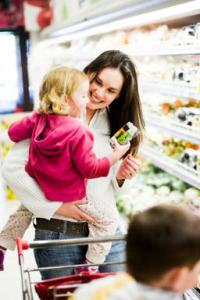 Asda was cheapest for our basket in November 2015

Asda was cheapest for our supermarket comparison basket in November, charging a whopping £22.06 less than the most expensive supermarket.

As well as doing our regular check to discover which supermarket was cheapest for our basket of goods, we’ve also put together a round-up of what the supermarkets have been up to this year. Keep reading to find out more.

Asda is routinely cheapest for our basket, but this month we were really surprised by who was second most expensive, charging an unexpected £14.75 more than Asda.

Find out who we’re talking about, plus see how the supermarkets have ranked over the last year, at supermarket prices compared.

Supermarkets in 2015 – the top five stories

As the year draws to a close, we’ve rounded up the top supermarket news from 2015:

Tesco streamlined its scheme by only comparing branded items. And in another first, Tesco will now deduct any price difference at the till – rather than making you faff around with vouchers.

Morrisons launched a comparison scheme for the first time, giving you loyalty points if your shopping was cheaper elsewhere. In a first for one of the big four supermarkets, Morrisons chose to compare against Aldi and Lidl prices as well. However, it then scrapped the scheme.

2) Tesco continued to have a tough time.

The beleaguered supermarket experienced an accounting struggle in 2014 and announced in April of this year that it had lost an eye-watering £6.4bn. If that wasn’t bad enough, it’s still losing market share to the discounters.

The discounters now control a tenth of Britain’s grocery market, according to shopping behaviour experts Kantar Worldpanel. Looking at the big four (Asda, Morrisons, Sainsburys and Tesco) over the last 12 weeks, Sainsbury’s was the only one to see an increase in year-on-year sales.

4) Your groceries could be getting cheaper.

Your grocery shop is now on average 1.7% less than the same time a year ago, saving the average shopper £58, according to Kantar Worldpanel. And with continued pressure from the discounters, this is a trend that could continue.

5) The supermarket bag charge arrived in England in October.

Although this is a government initiative, it’s probably the most noticeable change to supermarkets in 2015.

Want to know which supermarkets you rate most highly? We survey over 10,000 people each year to discover how customers rate their supermarket for everything, from customer service to value for money. We ask about both in store and online experiences.

Find out what shoppers really think of the supermarkets – see the best and worst supermarkets.

You may find that supermarkets have price comparison schemes, which means that if some or all of your shopping would have been cheaper elsewhere you may be offered a voucher for the difference.

This is how the different schemes stack up:

To calculate the average price of our basket we used data from the independent shopping website Mysupermarket. Our basket includes between 80 and 100 products, from toothpaste to cereal. We average the prices across the month, including special offer discounts but not multibuys. The online supermarkets Asda, Morrisons, Ocado, Sainsbury’s, Tesco and Waitrose are included.