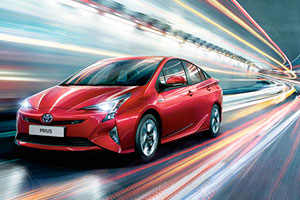 But if you buy a new low-emission car on or before 31 March 2017 it will stay tax-free for life.

Which? tests cars more thoroughly than anyone else. We’ll tell you how much every vehicle we test will really set you back at the fuel pump, as well as reveal just how comfortable, practical and reliable it is. Head to our independent car reviews to find your next motor.

New cars are currently subject to a special first-year rate of car tax and then a second rate after that. Both rates are based on the amount of CO2 the car emits. CO2 is a greenhouse gas that damages the environment.

The new system that comes in from April 2017 also has a special first-year rate that is also based on CO2 emissions. However, from the second year on, a flat standard rate of £140 per year applies to all cars, regardless of how much CO2 they produce.

Also, after that first year, any car that costs more than £40,000 will be subject to an additional £310 payment for five years, totaling £450 per year during years two to six of ownership.

Importantly, the new rules will only affect cars bought new after 1 April 2017 so any car bought new before then will continue to be subject to the current pre-April 2017 rules. This means that if you buy a low-emission car before April 2017 you won’t pay any tax on it.

Will you be better or worse off?

To show how the new rules will affect you, below are a selection of cars with CO2 levels ranging from low to high.

All cars are for example purposes only and some have greener engines available. All models listed are under £40,000.

The most efficient version of the latest Toyota Prius has an official CO2 figure of 70g/km. As it is below 100 g/km, under the current rules no car tax is payable ever.

However, under the new rules 70g/km will cost you £25 in the first year and £140 per year after that. After five years you would have paid a total of £585 in road tax and £1,285 by year ten, leaving you significantly out of pocket by comparison.

Current rules are the same as for the Toyota – you’d pay no road tax on the version of the Mondeo with 94g/km of CO2. 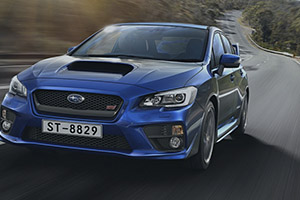 A Subaru WRX STI owner will be £2,320 better off after ten years

The 1.4 petrol version of the Superb estate would currently cost you nothing to tax in the first year but £110 annually after that. This means £440 in five years and £990 in ten.

The version of the Tourer that produces 151g/km would today be charged £180 in the first year and every year after, costing you £900 over five years and £1,800 over ten.

Which? cars expert Adrian Porter said: ‘That means over ten years you will pay £2,320 less on environmentally unfriendly cars like the Subaru, yet pay £1,285 more on green cars like the Toyota Prius.

‘The new tax rules do not seem to favour greener cars.’ 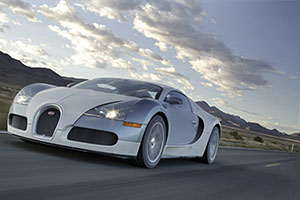 Any car that costs over £40,000 will cost you considerably more over five or ten years than the same car would under today’s rules unless it’s also a big emitter of CO2.

To take an extreme example, the Bugatti Veyron 16.4 emits 596g/km of CO2, safely putting it in the maximum CO2 class (defined as anything that produces more than 255g/km).

Despite the post-April 2017 first-year road tax payment of £2,000, a new Veyron owner will still be £835 better off after ten years of ownership compared with the current system. The Veyron emits 8.5 times as much CO2 as a Toyota Prius.

Will there be any tax-free options left?

Electric cars will still be tax-free as all zero-emission cars will remain exempt from car tax charges under the new rules.