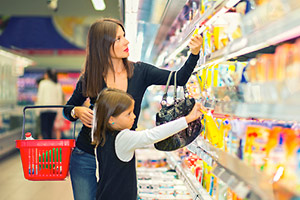 Morrisons was the cheapest supermarket for our basket in February

In a shock result, Morrisons was the cheapest supermarket for our basket in February. It unseated long standing champion Asda, which has been cheapest every month since we started tracking in July 2013.

In fact, Morrisons was £23.03, or 13%, cheaper than the most expensive supermarket this month – Waitrose.

But where did Asda come in the rankings and how did it compare with new winner Morrisons?

To find out, go to supermarket prices compared.

The supermarkets in February

February was a busy month for supermarket news. We’ve rounded up the highlights below – which includes Amazon ramping up its challenge to traditional supermarkets.

What do Sainsbury’s, Tesco. Co-operative’s, Morrisons and Aldi’s customers think of them? Find out in our review of the best and worst supermarkets, which includes the results of our survey of thousands of supermarket shoppers.

Tesco has changed its price comparison scheme and now deducts money at the till or as you pay the bill online, so should charge the same as Morrisons for our basket. However, you need to buy at least ten items to qualify for the scheme.

It’s not the only supermarket with a price comparison scheme, but many of the others involve vouchers. This is how the different comparisons schemes stack up:

To calculate the average price of our basket, we used data from the independent shopping website Mysupermarket. We include discounts, but not multibuys.