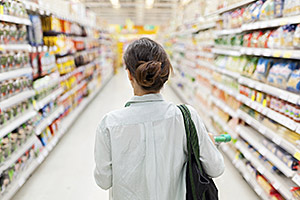 Asda has topped our supermarket price comparison for the fifth straight month, with a clear lead over its closest rivals in August 2016.

Our basket of 78 popular branded products was £154.55 in Asda. The same products were more than £9 dearer in the next-cheapest supermarkets.

Check out our full supermarket price comparison page to see how the other supermarkets ranked.

Supermarkets in the news in August

Morrisons is set to expand its online delivery area into south London, Scotland, East Anglia and the north-east of England next year. The Yorkshire-based grocer signed a new deal with Ocado, which provides infrastructure for Morrisons’ online service.

Tesco is launching a same-day click-and-collect service at 300 of its larger stores. Customers who place an order by 1pm will be able to pick it up from their local store after 4pm the same day. A two-hour collection slot will cost £2 from Monday to Thursday and £3 on Friday or Saturday.

Tesco is also trialling 24-hour opening at seven of its London stores on Fridays and Saturdays, to serve customers using the new all-night service on the London Underground’s Victoria and Central lines.

Waitrose has opened its first cashless store, at Sky’s head office in west London. The store will be Waitrose’s second-smallest, and customers will only be able to pay using a credit or debit card or a smartphone.

To compare prices, we start with a list of more than 100 popular products each month, which are likely to be sold in all six supermarkets we cover. The products range from Warburtons sliced bread to Kellogg’s cornflakes to Andrex toilet roll.

Using data from the independent shopping website MySupermarket, we calculate the average price – including discounts, but not multibuys – for each item across a whole month. We add those average prices up to get the cost of the basket.

If a product hasn’t been sold in one of the six supermarkets during the month, then it’s removed from that month’s basket altogether to ensure a fair comparison.

Many supermarkets have a price matching scheme, where they compare their prices against other supermarkets. They will often give you a voucher for the difference, if your shopping would have been cheaper elsewhere. As the schemes vary, we’ve rounded up the differences below.

Tesco has changed its price comparison scheme and now deducts money at the till or as you pay the bill online, so should charge the same as Asda for our basket. However, you need to buy at least 10 items to qualify for the scheme.

Click the links to find out how each supermarket compared in our customer survey, and to find out which Best Buy products you can buy from each.