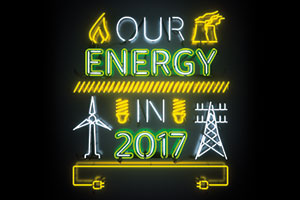 Smaller energy companies top the table again in our biggest ever annual energy company customer survey, which brings you results for 23 energy suppliers in Great Britain and all six energy firms in Northern Ireland.

The UK’s biggest energy customer survey, of nearly 9,000 people, reveals what they really think of their energy company to give you the most comprehensive view of energy companies yet – and a unique guide to choosing the very best.

Ovo Energy is ranked in top for the second year in a row, closely followed by newcomer Places for People Energy (PFP) and another small supplier Ebico.

Npower languishes in last place once again – for the seventh year running. It is joined in the lower half of the table by the other Big Six energy firms: British Gas, EDF Energy, Eon, Scottish Power and SSE.

If you live in Northern Ireland, scroll down to find out how your energy firm fared.

Don’t put up with high bills and slack customer service. Find out which energy firms we recommend – see the best and worst energy companies of 2017.

Top-scoring Ovo has grown fast – from launch in 2009 to around 690,000 domestic customers. But it hasn’t let standards slip. Customers rated it good value for money, its bills excellent, and were also positive about its customer service and complaints handling, and efforts to help them save energy. 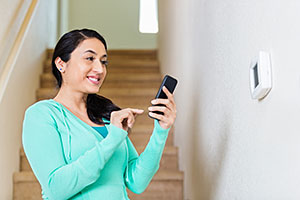 Does turning up the thermostat make you anxious? Think about switching to a cheaper energy supplier

But price isn’t everything. Second and third-placed firms, Places for People Energy (PFP) and Ebico, are not-for-profit. They don’t offer the cheapest deals. Ebico actually offers some of the priciest on the market.

Overall, seven companies achieved customer scores of above 70%. All are smaller suppliers:

These firms came top of the 23 firms included in our latest survey, in October 2016, which asked 8,917 customers about their energy supplier. We asked members of the general public to rate their energy company on its customer service and complaints handling, value for money, accuracy and clarity of its bills, and how it helps them save energy.

Then we asked how satisfied they were with their energy company overall, and whether they would recommend it to a fried. We give each energy firm a customer score based on this.

The biggest six energy firms’ customer scores are average, or below, with the exception of Eon.

Npower, the lowest-scoring supplier, is the only supplier whose customers rated it terrible value for money. It does offer cheap deals sometimes and has the highest percentage of customers of the Big Six joining it because it offered a lower price than their previous supplier.

But it’s the only one of the six where one of the two main reasons for leaving it is ‘poor customer service’.

Scottish Power is the next-lowest scoring Big Six supplier, ranked 21st, ahead of small supplier Extra Energy. Eon only scored above average by one percentage point.

Which? Editor Richard Headland said: ‘Yet again we have found the Big Six energy firms performing poorly and smaller suppliers leading the way when it comes to customer satisfaction. The larger suppliers really need to do better, especially on price.

‘We want to see action taken by energy suppliers to get people off the most expensive deals. If nothing is done, then the energy companies will have no one to blame if the Government and the regulator have to step in.’

See how much money you can save on your energy bills. Use our independent switching site, Which? Switch, to find the cheapest energy deal.

This year, our survey has results for all six energy firms in Northern Ireland. As in the rest of the UK, it’s the smaller suppliers whose customers rate them best.

Electric Ireland has just 2.5% of customers and is included in our survey for the first time in 2017. And it goes straight to the top of the table, with an impressive customer score of 80%.

Yet nine in ten customers (88%) are with either Power NI or SSE Airtricity; both of which are in the lower half of the table.

Take a look at our dedicated Northern Ireland electricity and gas firms guide to find out how your energy supplier compares.

Which lipstick has the best staying power?