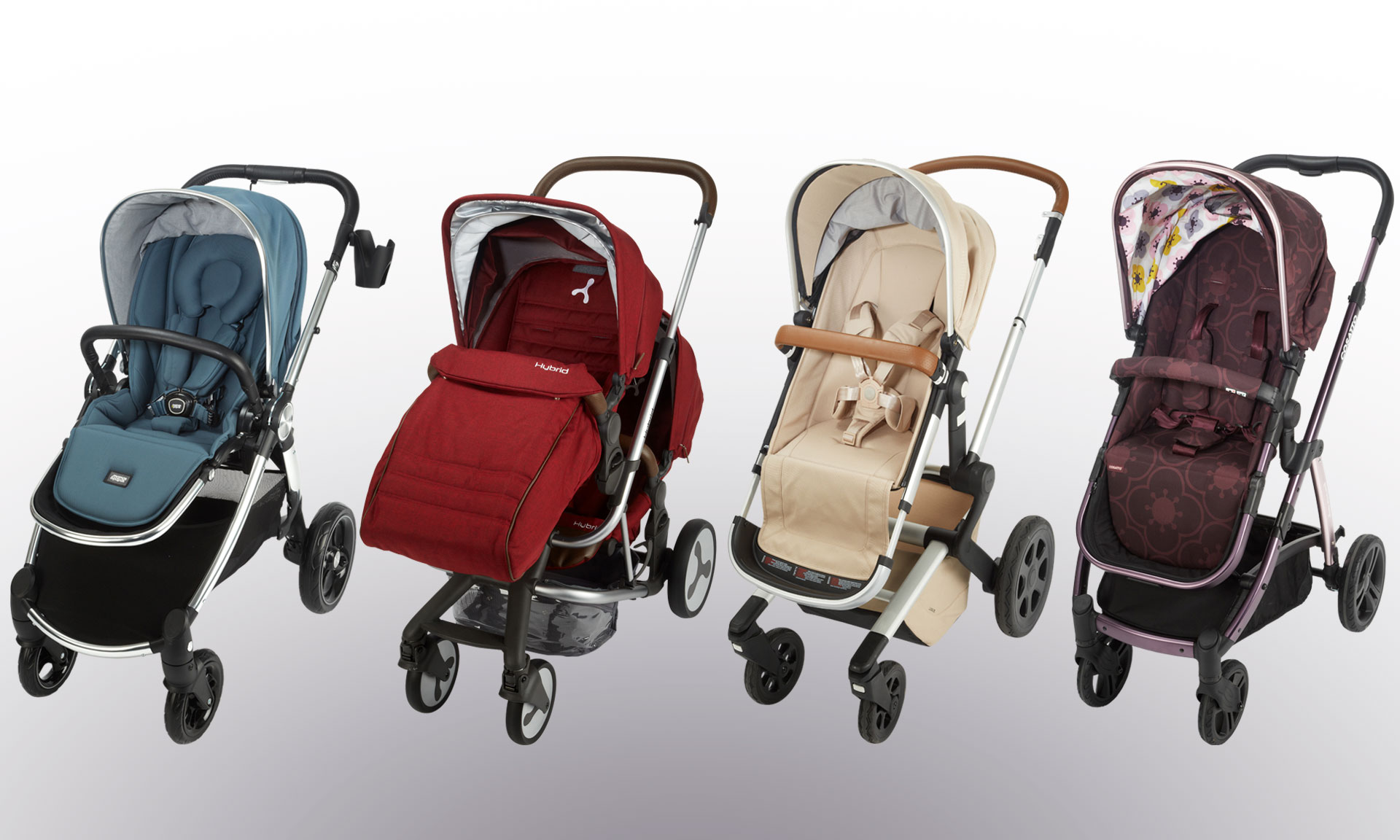 We’ve just published new reviews of the most popular pushchairs, including the Mamas and Papas Ocarro, Babystyle Hybrid, Joolz Day 2 and the Cosatto Wow (pictured above, left to right).

One of the models scored so highly in our tough tests that we’ve named it our newest Best Buy pushchair. But another buggy broke more than once during our testing.

Our latest Best Buy pushchair combines a host of genuinely useful features with a great drive.

The tyres won’t let you down, whether you’re on grass, in a car park or simply sticking to pavements. Plus, it’s compatible with Best Buy car seats – a winning combination to help give your newborn the best start when you’re out and about.

Find out which model makes the grade in our latest pushchair reviews.

Our handlebar strength testing proved too much for one pushchair, and it broke in the same place more than once. While we do sometimes see pushchairs break during our testing, it’s fairly unusual for a part to snap again in the same place.

If a pushchair can’t survive testing, we have serious doubts it’s the best choice for the daily grind of pavement pounding with a newborn and then to see you through until toddler years. That’s why it’s joined those models we’ve named Don’t Buy pushchairs.

BabyStyle is known for its popular Oyster travel system and the high-end BabyStyle Egg. This new BabyStyle Hybrid travel system offers great versatility if you want a convertible single-to-double pushchair.

You can change the wheels to suit your needs. It comes with Edge tyres, to use on rougher terrains, but buying the smaller City wheels creates a more urban pushchair for your daily routine.

We love the storage basket, which the change bag cleverly fits inside. There also some really useful features on this pushchair – like the one-pull harness adjustment.

Find out whether being customisable makes this pushchair a pleasure or a pain. Read our BabyStyle Hybrid pushchair review.

And discover what we thought about the BabyStyle Hybrid as a double pushchair.

The Wow is the ‘ultimate dream machine’, according to Cosatto. This popular pushchair brand claims to have used parents’ feedback to create ‘what mums want’: a combined pram and pushchair with travel system compatibility. The Wow can be bought in everything from an attention-grabbing riot of colour to a more sedate grey flower print. It can be used from birth with the carrycot, and it has some really well thought-out features that are easy to use one-handed.

Did it wow our experts and parent-testers? Find out in our Cosatto Wow pushchair review.

The Mamas and Papas Ocarro is the new premium travel system from this popular nursery retailer. It’s suitable for use with your newborn, as the seat reclines far enough back, or you can buy a carrycot (from £179) if you prefer.

It can be folded with the seat unit still on, which makes it a bit easier to use, and it has a range of useful features.

Is this the pushchair for you? Read our Mamas and Papas Ocarro pushchair review.

If your favourite brand isn’t in our selection above, follow the links below for just-published reviews of these other popular pushchairs:

Which travel system pushchair should you buy in 2020?