Kenwood and KitchenAid have both launched new versions of their iconic stand mixers, and we’ve put them to the test against rivals from Sage and Cuisinart, as well as cheaper alternatives. Our tests reveal that a less-established brand has pipped them both to the post for the top spot.

We’re yet to find out which mixer will star in the Bake Off tent in 2017, but our independent tests suggest it’s time to start thinking beyond the two most popular brands. We’ve uncovered some excellent alternatives, and you might find you can save yourself a decent chunk of money, too.

One cheap food mixer scored better than models costing more than four times as much, and only narrowly missed out on being crowned a Best Buy. Unfortunately, other cheap mixers proved disappointing. One scored a measly 48%, our second-lowest score ever.

Read on for the lowdown on the new mixers. To find out how Kenwood and KitchenAid compare, plus which two stand mixers we’ve crowned as new Best Buys, head straight to our stand mixer reviews. 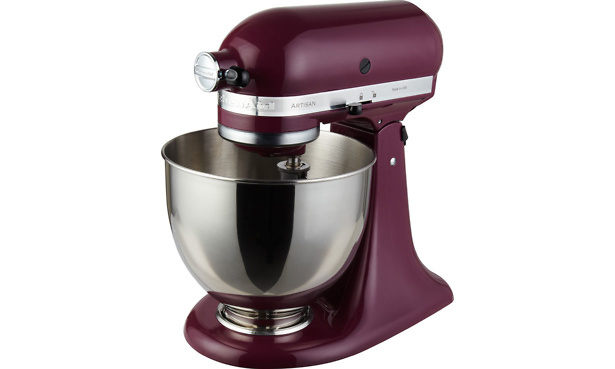 Since appearing on The Great British Bake Off, the retro-look KitchenAid Artisan stand mixer has been on many a baker’s wish list. The classic Artisan KSM150 is being replaced by two new models, which come in a wide range of colours.

If you’re short on space, the KitchenAid Mini 5KSM33 (£450) could be worth a look. This compact version is designed for smaller homes and has a 3.3-litre mixing bowl. That’s on apar with other compact mixers and should be fine for everyday baking jobs.

These new models are pretty pricey, though – the older KSM150 can be found for around £320, depending on the colour. If you’ve got your heart set on a KitchenAid, check our KitchenAid mixer reviews to find out whether it’s worth buying the newer versions, or if could you bag a bargain by getting the KSM150 before stock sells out. 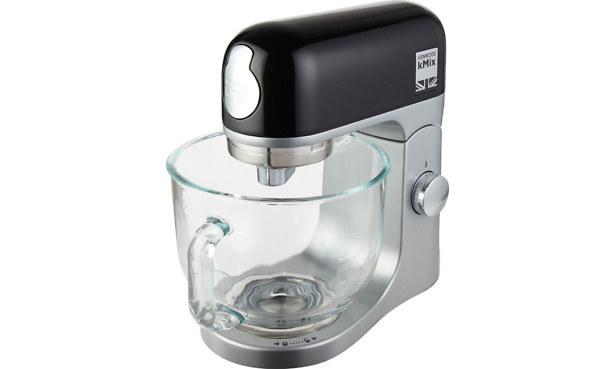 The kMix is Kenwood’s most stylish mixer, and competes with the Artisan for airtime on TV baking shows. The newest version is the Kenwood KMX754. The main difference is that it now comes with a glass mixing bowl instead of a steel one. You’ll get the same accessories as before – a beater tool, dough hook, whisk, splashguard and spatula – but, unlike some KitchenAid models, you only get one mixing bowl, and you’ll need to buy a flexible beater separately if you want one.

At around £330, the kMix costs less than the new KitchenAid Artisan models – but will it whip, whisk and mix to perfection? Check our Kenwood mixer reviews to see how it measures up. 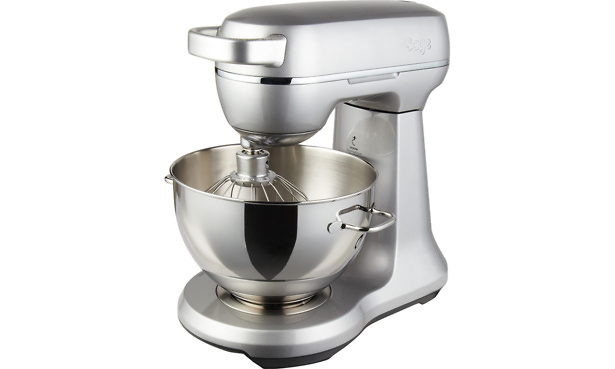 This Sage by Heston Blumenthal stand mixer costs £400 but comes with plenty of accessories to make you take a second look. Like the KitchenAid KSM175, it includes two bowls – one larger 4.7-litre glass bowl and a smaller 3.8-litre steel one. You’ll get a handy splashguard to prevent ingredients spraying onto your worktop, and a flexible beater, in addition to the usual accessories. This mixer also has a built-in light that illuminates the bowl, to help you keep a closer eye on your mixing, and full metal gears which Sage says gives it the edge with heavier batters and doughs.

Find out how good this stand mixer is at whipping up cakes, desserts and more in the Sage The Bakery Boss BEM825 review. 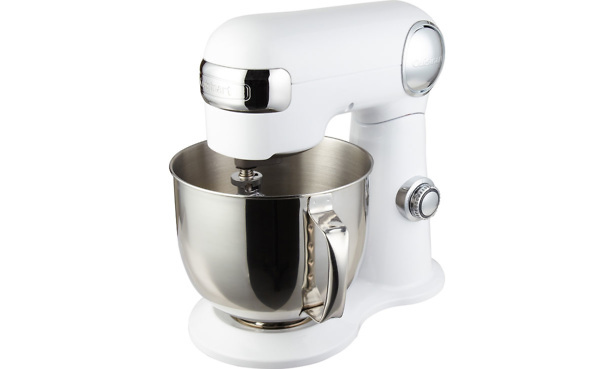 This is the first food mixer we’ve tested from Cuisinart. At £300, it’s cheaper than rival brands, yet has a generous 5.2-litre capacity and stylish die-cast metal exterior. It sticks to the basics: you’ll get a whisk, beater, dough hook and splashguard – but no fancy lights or bells and whistles.

Keeping it simple can be a bonus, as long as you get the basics right. Can this Cuisinart challenge the big guns? Get our verdict in the Cuisinart SM50U Precision Stand Mixer review. 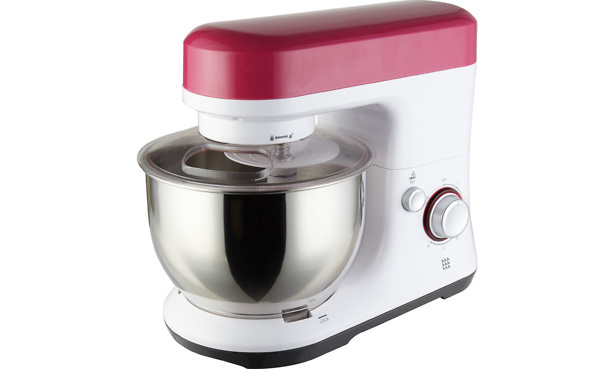 Another first, this own-brand offering from Lakeland is more affordable than the big-brand options above, costing just £90. Despite the low price, it has a stylish finish with a stainless steel mixing bowl, is available in two colour options, and has a splashguard to protect from ingredient spills. It’s also lighter than other mixers we’ve tested, weighing in at just 4.5kg.

Could this cheap mixer be the one for you? See our full Lakeland Let’s Bake mixer review.

Food processors and mixers reviewed for 2017

If you want a mixer that can do more, we’ve tested models that come with extras, such as a blending jug, citrus press and grinding mill. We’ve also uncovered a new Best Buy food processor that could be perfect for anyone who does more chopping and grating than baking.

Click on the links below to read our full reviews for all the latest food prep gadgets to come in from our test lab.