Small car fans are spoiled for choice this year with new generations of the UK’s most successful superminis, the Ford Fiesta and Seat Ibiza.

These two party-animals, in name at least, have been around for decades. Although the Fiesta is a dominate sales force, regularly topping the list of the best-selling cars in the UK, it doesn’t mean it’s better than the Ibiza.

We’ve driven both and come away with plenty of opinions. Is the new Fiesta good enough to continue its forebear’s success, or has Ford rested on its laurels and allowed the Seat to pull up alongside it in the race to be the best small car on UK roads?

Find out what happened when we took these cars for a test drive – see our video reviews of the Ford Fiesta and Seat Ibiza.

A car can have plenty of bells and whistles, but it needs to catch your eye first and neither of these cars will bring shame to your driveway.

There’s a touch of the Audi A1 to the front of the Ibiza, with its flatter nose and boxier headlights. Clearly the two manufacturers, both members of VW Group, have been sharing notes.

The Fiesta, on the other hand, has exaggerated head lights that follow the curve of the bonnet.

Both cars have fully embraced the touchscreen panels that are becoming ubiquitous even in cheaper cars.

What are the Ford Fiesta and Seat Ibiza like to drive? 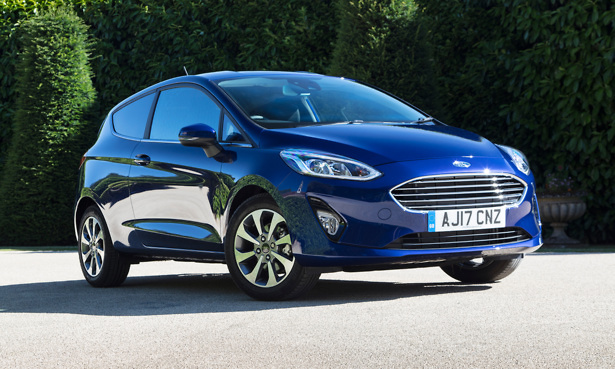 Part of the appeal of both these cars is how well they handle and how fun they are to drive. The Ibiza has three petrol engines, ranging from 75 to 115bhp, with a range-topping 150bhp one coming later this year.

The one we tested was the turbocharged 95bhp model and we weren’t disappointed. It gives the power when you need it – it’s just as good on the motorway as it is pulling out of junctions at pace.

If you want the Ibiza to feel even sportier, then the FR trim comes with sport suspension. Diesel engines are coming later in 2017.

The Fiesta comes with more engines out of the gate – four petrol and two diesel. If you want the top-tier 140bhp engine, you’ll need to pay at least £16,145 for the ST-Line.

We drove the diesel 120hp. Like the Ibiza, it was no slouch. It’s capable of fast acceleration and it will hold its own on the motorway.

Who wins when it comes to options – the Fiesta or Ibiza?

As with most cars there are a range of extras you can fork out for when you’re choosing, but before we cover all the fancy tech goodies and expensive trims, let’s look at what you get with the cheapest base models.

When it comes to options, the Fiesta has the Ibiza soundly beaten. Being able to add to the basic model parking sensors and the driver assistance pack, which includes an advance autonomous braking system, pedestrian detection and cruise control, is a boon.

To get this kind of tech on the Ibiza you’d need to move up to the £14,000 SE.The Ibiza is a little more expensive than the Fiesta, but it is a five-door car and there’s no option for a three-door model. The Ibiza is slightly more powerful too, but you don’t get air-conditioning or lane-keeping assist. Though Seat does give you front assist on the Ibiza – this helps your car stop in an emergency.

Moving up the trim levels on the Fiesta will give you access to a B&O music system, rear view cameras, an openable panorama roof and more.

The Ibiza has the option for a Beats sound system, cruise control, parking sensors, an 8-inch touchscreen and various comfort options.

Which car has the edge? 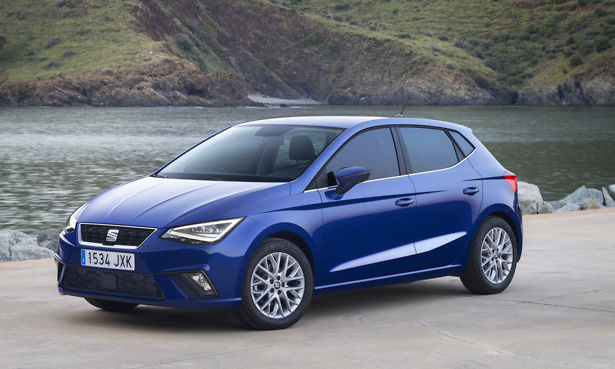 There’s not much to pick between the two cars at this stage. Both are a blast to drive. They feel as at home on the open motorway as on winding country roads and in town.

The Fiesta’s brand name will ensure it is a best-seller and the improvements Ford has made to the interior will make it even more appealing.

But the Ibiza’s fun-factor and its good looks could tempt people away from the Fiesta. Also, you don’t need to go far to see a Fiesta and car buyers may feel the allure of something new and unusual.

We’ll need to get these cars into our lab before we give our full verdict. We’ll be testing the fuel-economy, boot space and interior comfort, as well as safety and handling, to give you the definitive verdict on which small car you should spend your money on.

Need to buy a new or used small car now? We reveal the cars we rate best in this competitive class – see best small cars.