No self-respecting tech giant would be without a developer conference, and this year Samsung showed off its new vision for Bixby and connected home.

For the uninitiated, Bixby is Samsung’s voice assistant, and it’s gearing up to take on established rivals from companies like Amazon and Google – or if you’re on first name terms, ‘Alexa’, and ‘Ok Google’. It debuted (eventually) on the new S8 smartphone range, but to date it’s been a rather underwhelming showing.

Bixby may have only arrived in the UK two months ago, but Samsung is already talking up its successor, Bixby 2.0. SmartThings was big on the agenda too, with Samsung consolidating the three strands of its connected home strategy under the SmartThings umbrella.

There was new hardware on show too, with Project Ambience set to bring Bixby to more devices.

Galaxy Note 8 and Galaxy S8 review – are Samsung’s flagship phones the best of the best? 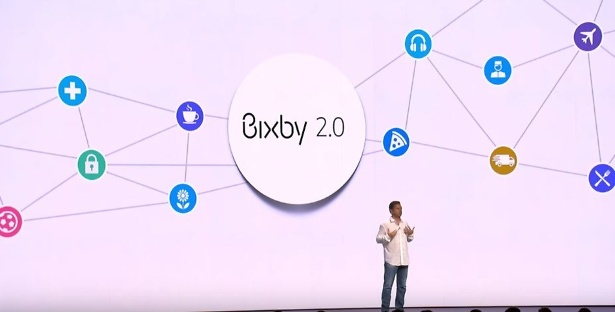 We’ve barely had time to get to know Bixby properly, but its already being usurped by a better, smarter version. Samsung is making Bixby 2.0 more open source by giving developers the opportunity to create their own software. This could broaden the software’s appeal, but with strong competition from Google Assistant, Amazon Alexa and Apple’s Siri, Samsung faces an uphill struggle to get its burgeoning assistant recognised.

Samsung is pulling out all the stops to get Bixby on the tip of people’s tongues, and it announced plans to bring the software to every one of its appliances starting with its TVs and smart fridges. This is one area where Samsung could have the edge over its competition. Although Amazon and Google are doing their best to get their assistants in as many devices as possible, neither of them have the same breadth of products as Samsung.

Bixby could feasibly appear in washing machines, speakers, printers, laptops and smart hubs as well as TVs, smartphones and fridges. Of course, Samsung is assuming that people will actually want to talk to their domestic appliances.

Voice-control on a fridge may not sound useful, but Samsung had some big ideas for how Bixby could be used beyond basic commands. Bixby 2.0 is smarter and will learn from what you do with the machine it’s built into. Bixby on a TV would learn what you like to watch to the point where it will play a show it knows you like as soon as you turn on the set. Bixby in a fridge will let you know when you’re running out of certain foods and recommend recipes based on what’s in it.

This unprompted, anticipated learning could be the next step for virtual assistants.

Looking to get started with the connected home? Our guide to home automation can help. 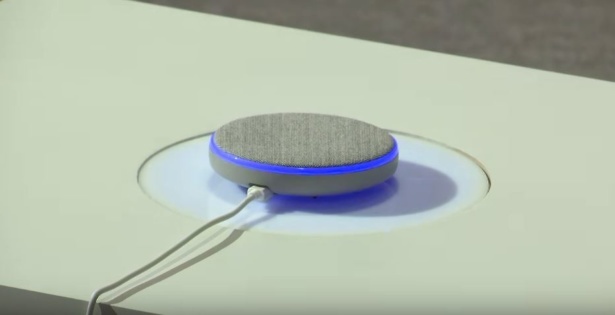 We’ve been waiting to see a smart speaker from Samsung, and now we’ve got it – sort of. Project Ambience looks like a Google Home Mini and it works in a similar way, too. It connects to your existing speakers and makes them smart. The small device is internet connected and responds to voice commands to let you play music from Spotify and other streaming services. It will also be able to search the internet to answer your questions.

‘These inexpensive dongles can be placed anywhere,’ CTO Injong Rhee said onstage at the Samsung Developer Conference. ‘This means you can turn your home into an intelligent home at a lower cost.’

The technology can also be embedded into devices such as lamps, plugs and even a teddy bear. This is another way for Samsung to bring Bixby to more devices even beyond appliances and other things Samsung produces. The idea is to have multiple ambience devices throughout the home. Could this be the start of Samsung’s vision of the future?

See what Samsung’s up against in our smart home hub reviews.