A lightweight stroller is the easiest way to get from A to B when you have an older baby or toddler in tow.

Compact, easy to fold, and ideal for nipping around town, basic buggies are the go-to for many parents who regularly use public transport or live in large towns or cities. They’re also handy for holidays, as they’re much more convenient to carry around with you.

All the biggest pushchair brands make and sell compact strollers, but not all of them are worth picking up. Below, we run through our top five new lightweight and collapsible strollers from the likes of UppaBaby, Joie, Maxi Cosi, Babystyle and Cybex. 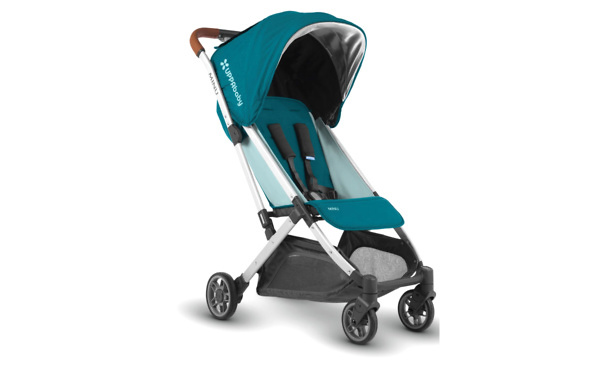 The UppaBaby Minu promises to have all the benefits of a full-size stroller, but in a much more compact and easily transportable package. It has a simple one-handed fold, collapsing into a freestanding position with the handlebar remaining up and away from the floor, and it weighs just 6.5kg, so it’s simple to sling on your shoulder using the carry strap.

Despite its relatively small size, the Minu has lots of storage capacity. There’s a large hidden pocket on the back of the canopy that can fit a pack of wipes and a few spare nappies, as well as a sizeable basket that can hold up to 15kg, which is three times as much as most compact strollers. However, we’ve seen pushchairs with a claimed large capacity for the shopping basket that sometimes can’t last in durability testing due to the extra weight on the chassis. This will be something we test when we get it into our lab.

The UppaBaby Minu will be available from spring 2018, costing £430 for the stroller and an additional £170 for the baby nest, which makes it suitable from birth. We’ll be testing the Minu to see if its all-wheel suspension lives up to the manufacturer’s claims of a smooth ride, but in the meantime you can read our UppaBaby Vista (2017) review and other UppaBaby pushchair reviews to see how they fared in our tough tests. 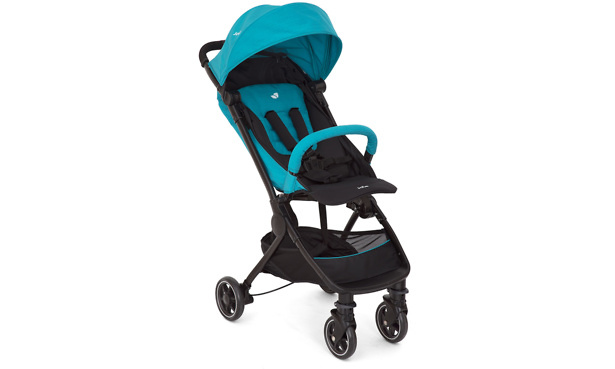 Looking for a compact stroller that will take up minimal space in your boot? We’ve seen the Joie Pact Lite flatten instantly with a one-hand flat fold, and it weighs just 5.5kg. It also comes complete with a travel bag to protect it during air travel, and it has a five-point harness and covered bumper bar to provide a comfortable ride for your little one.

It has a very useful height-adjustable handle, a surprisingly roomy shopping basket for a stroller, and a sizeable UPF50+ canopy, which extends down further to act as a sunlight visor for your child. It can be suitable from birth, as it has a multi-position reclining seat which can lie flat for newborns or be easily adjusted to children up to 15kg.

The Joie Pact Lite went on sale in September and it’s priced at a reasonable £140. We’ll be testing this lightweight stroller very soon to see just how easy it is to push, fold and use. But in the meanwhile, take a look at our Joie pushchair reviews, including the newly tested Joie MyTrax stroller, and our Joie car seat reviews, too. 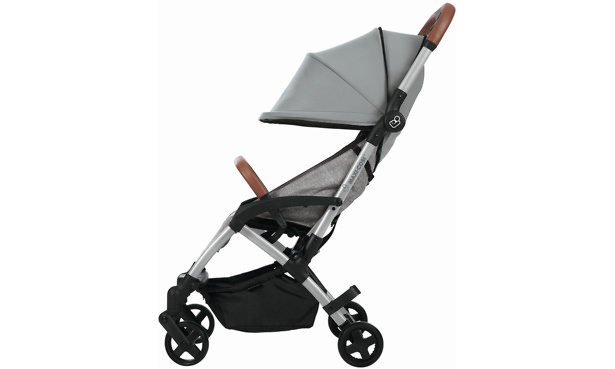 If you frequently use public transport with your baby, you want an urban stroller that can fit through narrow spaces. Maxi Cosi claims that the Laika is just 36cm wide, making it ideal for navigating through small spaces and cramped shops, and it has a compact one-handed fold so it’s easy to collapse quickly if you need to jump on a packed bus.

At 7.4kg, it’s about average in terms of weight, compared with other compact strollers, but it has a shoulder strap so it’s easy to carry. It also has a lie-flat seat and soft carrycot option, which make the Laika suitable from birth, not just for older babies and toddlers.

The Maxi Cosi Laika is due in stores in January 2018 and will cost around £300. It’s travel system-compatible and can be used with Maxi Cosi’s Cabriofix, Pebble, Pebble Plus and Citi car seats, which have all been through our thorough car seat crash tests. We plan to also test the Laika once it goes on sale, but you can take a look now at our other Maxi Cosi pushchair reviews. 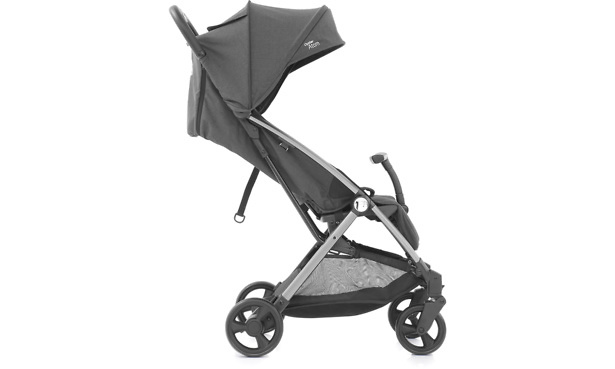 With one of the smallest particles on Earth as its namesake, the BabyStyle Oyster Atom was clearly always going to be a pretty compact stroller. It’s very similar to BabyStyle’s bestselling Oyster range, but it has a one-handed fold and, when collapsed, the freestanding stroller is noticeably smaller. It does weigh 7.9kg, though, so it’s not the lightest small stroller we’ve seen, but it has lockable swivelling front wheels, which aren’t that common on strollers but could help on rougher terrain.

The Atom has lots of useful features packed into its pint-sized frame, including a large, easily accessible basket and an adjustable footrest for extra leg support. The rear of the seat can be removed leaving just a mesh panel for ventilation on hot days, and there’s a large extendable hood for keeping the sun off your baby’s face. Babystyle claims that the seat is lie-flat and suitable from birth.

The BabyStyle Oyster Atom went on sale September 2017 for £199. We’re currently testing it, and and will have a detailed review live soon, so you can find out how well it handles, how easy it is to use, whether the manufacturer’s claims stack up and if there are any safety issues you need to be aware of. Until then, find out how other versions of the Oyster have fared in our BabyStyle pushchair reviews and take a look at the results of other pushchairs we’ve had in our lab. 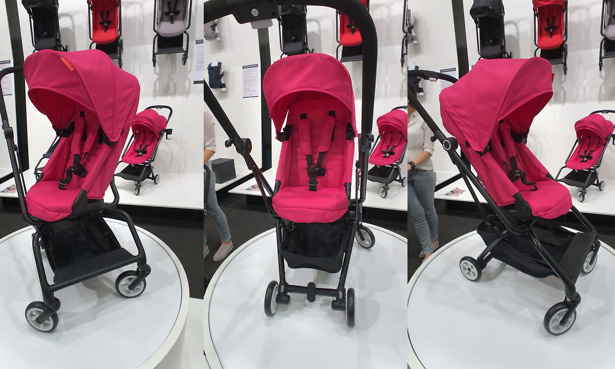 The Cybex Eezy S Twist is a compact urban stroller with a unique difference: the seat isn’t just forward-facing like most strollers, it can also swivel around to be parent-facing. This is done with a lever, which means there’s no need to remove the seat to switch its position.

The Eezy S Twist has four-wheel suspension for easy off-road travelling, a large 5kg shopping basket and a simple one-handed fold for when you need to store it, making it ideal for trips. When you need it again, we were impressed by how simple it is to reassemble it in a flash. This pushchair weighs a bit less than 8kg, which is about average for a compact stroller, and it’s compatible with a range of Cybex car seats, so it’s a good alternative if you don’t want a bulky travel system.

The Cybex Eezy S Twist is due to launch in early 2018 for around £300. Cybex claims the seat is lie-flat, so it should be suitable for newborns. It also says that the Eezy S Twist can carry children weighing up to 17kg. We’ll be checking this weight claim when we bring the Cybex Eezy S Twist into our lab for testing. But for now, take a look at our Cybex pushchair reviews and Cybex car seat reviews to see how this manufacturer compares with its competitors.