Google has released the developer preview of the upcoming Android P, which will be the newest version of the operating system used by many smartphones and tablets.

This means Android P is currently available mainly to developers, to give them time to work with the new version before its official launch date – which we imagine will be August 2018.

The developer preview doesn’t offer any guarantees for what the final product will look like. Indeed, Google will be making adjustments, additions and even deletions over the coming months.

However, we’ve taken a look at what you can expect from the newest version of Android.

Mobile phone reviews – whether you want an Android or an iPhone, we’ve got you covered

Many of the changes suggested by the developer preview seem more cosmetic than functional.

For instance, the app icons in the quick settings menu look more rounded and colourful. When enabled, these icons now turn blue, whereas in Android Oreo they’re white and grey. Similarly, the icons for each settings page in the settings app have their own unique colour, representing a further step away from Oreo’s monochrome style.

However, Android P should also include some improved functionality. For one, Google is aiming to improve indoor positioning, to help you navigate a shopping centre as easily as you can currently find your way around a park.

According to the developer preview, there should also be some new privacy settings with Android P. A new restriction system will be put into place for the phone’s sensors, cameras and microphones when an app is idle – any apps that want to communicate with these sources won’t be able to if you’re not using them.

It’s worth reiterating that none of the above is confirmed for the finished Android P product, but we’ll be surprised not to see most of the above and more come August 2018.

We’re unsure what the ‘P’ will stand for. In the tradition of previous versions, it will inevitably be a sweet treat. All bets are on – but we quite like the sound of Android Pistachio Ice Cream or Android Pineapple. 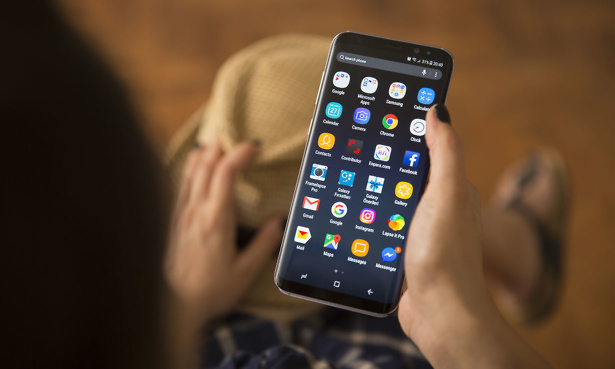 If you own a Google Pixel, Pixel XL, Pixel 2 or Pixel 2 XL, you can download the developer version now if you’re incredibly curious about how it might look.

Android P should be available in August 2018 and will likely be immediately available on Google phones. We also expect them to be shortly available on smartphones that run on a pure version of Android, such as Nokia’s latest smartphones.

However, you’ll likely be waiting a fairly long time for P if you own another Android smartphone. Indeed, the latest figures show that just over 1% of Android devices are currently running on Oreo, launched in August 2017.

It’s a point of contention for many Android users, but Google is planning to fix the slow roll-out of new Android versions with Project Treble. This retools the Android architecture to make it easier for device manufacturers to update their phones.

All iPhones eligible for upgrade can be updated immediately, so we hope to see Android smartphones getting closer to matching this timeliness soon.

When will my phone be updated to Android Oreo?

Never mind Android P, unless you’re one of the lucky 1% you may be feeling frustrated that your phone still hasn’t updated to Oreo. So when can you expect it?

Several flagship phones from last year have already received an Oreo update, such as the Samsung Galaxy Note 8, Google Pixel 2 and squeezable HTC U11. The release of Oreo on the Samsung Galaxy S8 and S8+ has been delayed and interrupted, but should be fully rolled out over the next few weeks.

Over the next few months, we expect to see Oreo on several Motorola phones, including the Moto G5S Plus and Moto X4. We also hope to see it on the LG G6 and a few in Nokia’s line-up.

If you want to find out when your phone will be updated to Oreo, a little bit of online research should give you a clearer indication. Alternatively, you could always ring or email the manufacturer of your phone, to see whether it lifts the fog.