The number of potholes has been dubbed a ‘national embarrassment’ by the AA, after it saw 4,200 pothole-related claims made in the first four months of 2018.

Based on the AA’s share of Britain’s car insurance market, the broker estimated the national figure for 2018 so far this year exceeds the 3,500 claims made for pothole damage across the whole of 2017.

The average pothole repair bill stands at £1,000, with the total for claims so far this year coming to ‘an eye-watering’ £4.2m, estimates the AA.

It calculates that potholes are costing drivers and insurers at least £1m a month in total due to massive car repair bills.

Insurance isn’t the only way you can get back money spent on a car damaged by a pothole. Keep reading to find out more.

Find out how you can claim compensation for damage caused by a pothole. 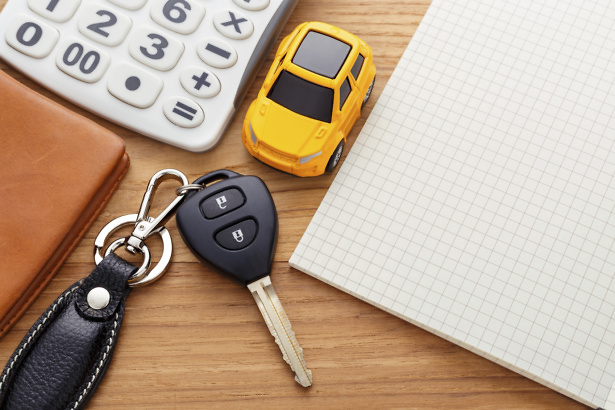 Before making a claim on your insurance, it’s worth speaking to the council or the Highways Agency responsible for maintaining the road with the pothole to check whether it will reimburse you if you undertake repair work.

Councils have a formal system of road inspection and repair, which includes how regularly main road inspections must be done and dictates how quickly repairs should be carried out on known potholes.

Your chance of claiming compensation for damage to your car, bike or other vehicle often depends on whether a pothole has already been reported.

So if the council knew about the pothole and you make a claim, you should get your money back for any damage caused. 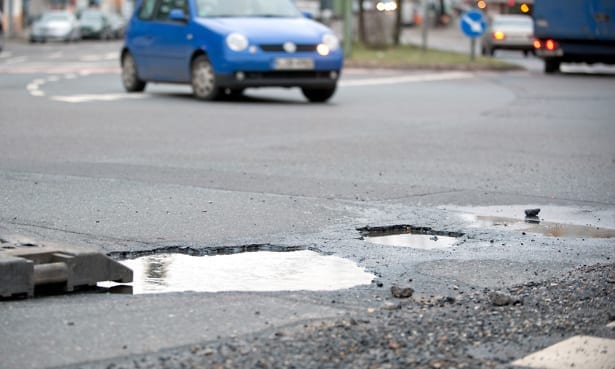 Collect evidence of the damage

The council may have a specific claims protocol, which requires you to provide certain information prior to making a claim.

Make sure you photograph the damage to your car and the pothole itself before getting any repairs done or making a claim.

Try to do this on the day you ran over the pothole, if you can. If you try and make a claim before collecting photographic evidence of the pothole, you may find it difficult to get compensation if the council has since repaired the pothole.

Want to know which breakdown company is the best? We reveal the six best car breakdown providers for 2018.

Why you should report potholes

A recent Which survey* found that people don’t report potholes because they either don’t know they should in order to get compensation, don’t think it will make a difference with the problem, don’t know how to do it or think it’s too difficult.

If you encounter a pothole but don’t sustain damage as a result, make sure you still take pictures (if it’s safe to do so), write down important details and report it to the council – it could save you, a fellow neighbour or motorist money down the line.

Of the people we spoke to, 65% didn’t know a pothole needs to have been reported to the council before they could claim compensation. 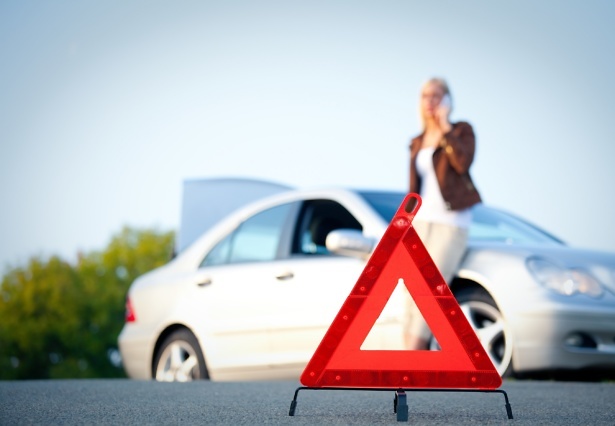 A one-time catch-up to clear the maintenance backlog in England, Wales and the UK’s capital would take 14 years to complete and cost an estimated £9.31bn, according to the latest annual Asphalt Industry Alliance (AIA) ALARM report.

Janet Connor, AA director of insurance, said: ‘In most cases the damage caused by a pothole – a ruined tyre or even two tyres and perhaps a wheel rim – doesn’t justify making an insurance claim given that it’s likely to lead to the loss of your excess and no-claim bonus. So the claims we’re seeing are clearly much worse than that.

‘Drivers are hitting potholes and ruining their suspension, steering, the underbody of the car, breaking axles and occasionally being knocked off course and hitting other vehicles, kerbs or a lamppost.

‘This year, we’re seeing a growing number of pothole claims described as: “car severely damaged and undriveable”, which didn’t happen at all last year. The pothole epidemic has become nothing short of a national disgrace.’

Even though a pothole is filled every 21 seconds, the recent ALARM report highlighted that you could drive almost around the world on the length of roads in England and Wales that could fail in the next 12 months.