If you’re feeling inspired by the Great British Bake Off but are put off by the price of most stand mixers, Lidl’s budget model could be the perfect way to take your baking up a gear.

The mixer, which costs just £40, is launching as part of their Baking Essentials sale and can be found in stores from Thursday 20 September. We don’t expect it to hang around for long, though, so you’ll have to hurry if you want to get your hands on one.

With mixers usually ranging from just under £100 to £500, the Lidl stand mixer is cheapest model we’ve seen. It’s even more affordable than the Aldi Ambiano Classic Stand Mixer, which costs £49.99 and is available on Aldi’s website and in some stores. Read on to find out how they compare.

For the best models money can buy, see our Best Buy stand mixers.

Lidl stand mixer: is it a good deal?

You won’t get the fancy accessories you would with a Kenwood or KitchenAid, but the Lidl model comes with the three standard tools you’ll need to start baking your own showstoppers – a balloon whisk, a dough hook and a flat beater.

It also includes a must-have splatter guard cover to stop ingredients spraying out of the bowl while mixing, and a lever-operated arm for easy accessory change.

Cleaning should be hassle-free, too, as the dough hook and flat beater have Teflon non-stick coating, and the mixing bowl can be thrown straight in the dishwasher after a long day’s baking. 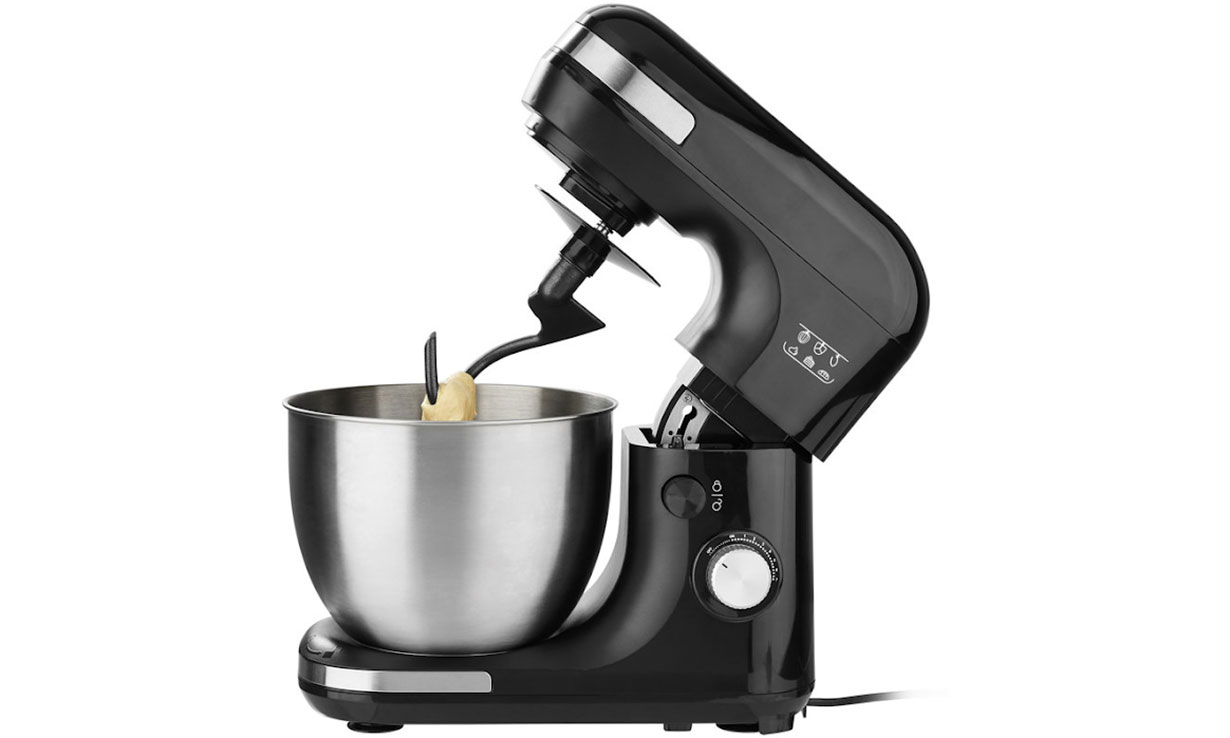 That said, it has seven speed settings compared with Aldi’s Ambiano Classic Stand Mixer’s eight, and at 600W it’s also much less powerful, with Aldi’s being 700-1000W. That’s not necessarily a deal-breaker, though, as our tests have shown that higher wattage doesn’t always provide better results.

Without subjecting it to our tough mixing tests, we can’t say for sure whether the Lidl stand mixer will be any good. But for just £40 it may be worth the risk, especially if you’d like a stand mixer but aren’t convinced you’ll use it enough to justify spending more.

Not convinced? Find out how to buy the best food mixer.

A good mixer will take the hard work out of kneading, mixing, whipping and whisking.The best mixers we’ve tested combine the ingredients quickly and effectively to create even mixtures that will give you well risen, airy bakes. They’re also able to whisk or whip up light and fluffy egg whites and creams.

The worst cause the mix to stick to the sides of the bowl, meaning you’ll be constantly scraping it off the sides, and take a long time to mix. This can stop your bakes from rising and leave you with egg whites lacking volume. 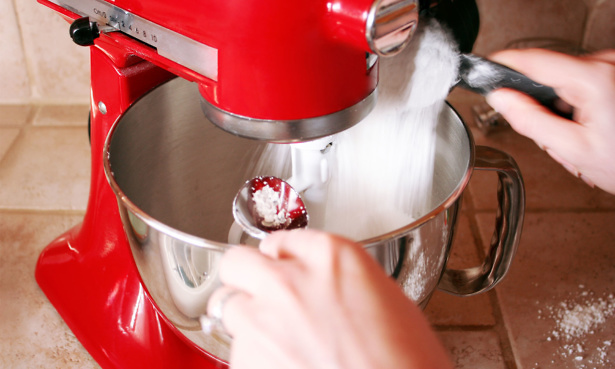 We’ve found Best Buys stand mixers from as little as £180 as well as ones that will set you back over £600. We’ve also tested a few cheaper models that aren’t quite Best Buys but would make a great alternative if you’re not looking to spend as much.

If you’ve missed the Lidl sale or would rather go for a model that’s been through our rigorous test labs, head to our stand mixer reviews.