The competition for cheapest supermarket was a three-horse race in April 2019, with just £3 separating first and third-place rivals. Morrisons just pipped Sainsbury’s and Asda to the bargain top spot for the month.

Waitrose was the most expensive supermarket for the second month in a row, with our basket of 67 popular branded items coming to £150.34. That’s £15.36 more expensive than Morrisons, where it cost £134.98.

Second-place Sainsbury’s and third-place Asda were almost neck-and-neck – it cost £137.78 and £137.92, respectively – while online-only Ocado was the second most expensive supermarket (£148.54). 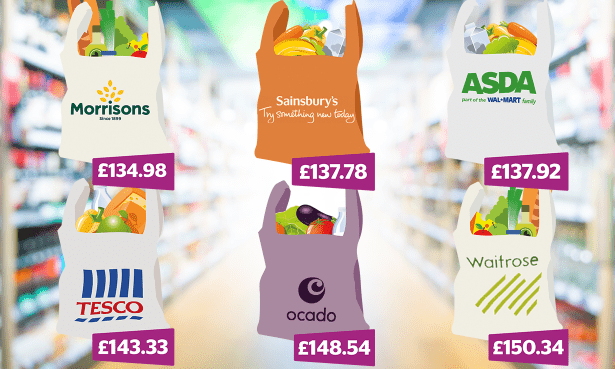 The same basket of groceries cost £143.33 at Tesco, putting the UK’s largest supermarket in fourth place for the fourth month in a row. In our latest survey into the best and worst supermarkets, Tesco was awarded just two stars for value for money by Which? members. But this could be set to change: in May 2019 it announced a plan to start selling its discount brand Jack’s food items in Tesco stores. The move comes alongside a raft of discounts to products, billed as part of 100th anniversary celebrations.

Each month, we track the prices of popular branded products, including Alpen muesli, Andrex toilet roll, Cathedral City Cheddar cheese and PG Tips tea bags, all sold in the six online supermarkets included in the comparison.

Using data from the independent shopping website MySupermarket, we calculate the average price (including discounts, but not multibuys) for each item throughout the month. We add those individual averages up to get the monthly cost of the identical basket at each store.

Head to our supermarket price comparison to see our pricing data for previous months and years.

Supermarkets in the news this month 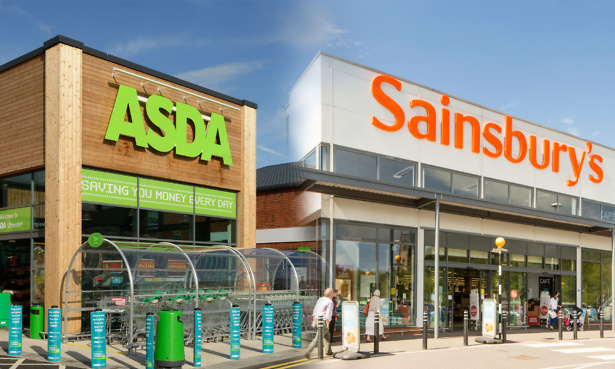 In April, the Competition and Markets Authority (CMA) blocked a proposed merger between Asda and Sainsbury’s, due to fears it would raise prices and reduce quality for consumers. The decision comes despite claims by Sainsbury’s chief executive Mike Coupe, that the deal would result in a 10% cut in the price of popular food items for customers.

The year-long investigation by the CMA concluded that shoppers and motorists would be worse off if Sainsbury’s and Asda – the second and third-largest UK supermarkets – merged into a joint business, which would be larger than Tesco. Sainsbury’s said the failed bid cost £46m.