Despite 3,000 bank branches closing in just four years, the government has decided against requiring banks to fund ‘banking hubs’ at post offices in towns with no branches.

The proposal, made by the Treasury Committee in its Consumer Access to Financial Services report, would have required banks to share funding for banking services at the local post office in towns where the last bank branch had closed.

The report also highlighted the loss of free-to-use ATMS, which are increasingly being shuttered or converted to fee-paying around the UK.

Which? has repeatedly called for regulators to ensure cash is protected. More than 25 million people in the UK would struggle in a cashless society, a recent report warned, and many people in small towns already face life with no bank branches or cash machines.

Find out below how the government has responded to disappearing bank branches, and why cash needs to be protected.

Which? research found at least 3,318 branches of banks and building societies have closed, or are due to close, over the past four years.

In some cases, cash machines on the local high street have also closed, leaving people with no way to withdraw money. Indeed, around 3,000 cash machines were closed in the last six months of 2018, around half of which were free to use.

Banks cite post offices as an alternative, yet the Post Office is currently making a loss on its banking business. The Treasury Committee report said: ‘The Post Office should not be subsidising the big six banks’ lack of a branch network.’

Moreover, a Which? survey found just 55% of adults were aware they could use a post office for banking.

To make sure people can continue to access vital services, the Treasury Committee proposed that banks which closed the ‘last branch’ in a town should be required to financially support ‘banking hubs’ at the local post office.

These hubs should be funded through a private and business banking provision set by the Business, Energy, and Industrial Strategy (BEIS) and the Treasury, the report proposed.

Is your bank branch closing?

Simply select your bank and enter your postcode to find out which branches closed down recently.

Responding to the Treasury Committee report, the government said the Post Office had recently concluded a new agreement with banks, which would significantly increase the fees it receives for processing transactions.

However, it rejected the suggestion that government should compel banks to fund post office banking where no other service exists.

The government’s response stated: ‘Government supports ongoing discussions between the Post Office and the banks about how they can together ensure the best possible service is offered to consumers, and we recognise that there are significant opportunities to develop post offices as a channel for cash access.

‘However, there are commercial matters for the banks and the Post Office to consider what, if any, further banking services might be feasible to offer through the post-office network.’

The Treasury Committee expressed disappointment in the government’s decision.

In a statement, it said: ‘The Post Office is not able to provide some key banking services, such as direct debits, even though commercial banks promised customers that they could use post offices when they shut down branches.

‘The government would not be intervening in the commercial decisions of banks by requiring them to fund fully functioning banking hubs in post offices; it would be holding them to their own promises.’

As both banks and cash machines become increasingly scarce, many people experience day-to-day difficulties living with limited access to cash.

Stella Hurley (71) lives in Saltford, a village in Somerset where the only option for banking is the local post office, which has restricted business hours. The nearest cash machine, meanwhile, is at a petrol station several miles away.

Stella told Which?: ‘The post office is the last lifeline for access to cash in our village. There are a lot of retired and disabled people in my village who would find it really difficult if that shut down.’ 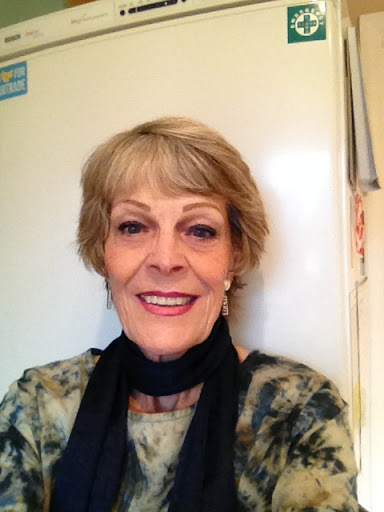 She regularly shops for a disabled neighbour, who pays her back in cash. However, as Stella explained, her neighbour finds it difficult to withdraw the money, as she no longer drives.

Stella also prefers to use cash for everyday expenses, as well as her French classes: ‘all the small things in life that you do need cash for even in this modern age’.

She said: ‘I used to be able to just walk up the road and take out cash in our village at any time. Now that the only cash till is at the post office, you have to plan everything.’

But it would be a mistake to think only rural communities need cash. During its campaign, Which? has heard from hundreds of Brits who continue to rely on cash day-to-day, from people with disabilities to those who run small businesses or have paid off large debts with careful cash budgeting.

For those who generally use digital payments, cash remains a much-needed alternative when banking platforms go down, which happens at a staggering rate of one outage per day, Which? research has found.

Cash machines are closing at an alarming rate, but even those which remain operational increasingly charge you to withdraw money. Some 1,250 free ATMs started charging fees in March alone, Which? research found.

The Treasury Committee urged the government to act on recommendations designed to protect people’s ability to use cash across the UK made in the Access to Cash review.

In response to the review, the government committed to establishing a new committee to oversee the cash system, and ensuring cash infrastructure meets the needs of its users.

It said it would also continue to consider other recommendations made in the Access to Cash Review.

Which? calls for Freedom to Pay. Our way.

As the UK increasingly embraces digital payments, Which? is campaigning to ensure we protect cash a payment option.

While Which? welcomed the government’s appointment of a committee to oversee cash, it urged the new body to act urgently to address rapid changes to the cash landscape.

To support our ‘Freedom to Pay. Our Way’ campaign, you can sign our petition.