The latest Euro NCAP results reveal that the Tesla Model 3 has managed to get a perfect score in the front offset barrier crash. And the brand new Skoda Scala hatchback has already been named one of the safest family cars you can buy.

The Model 3 is the most affordable Tesla to date. Thanks to its abundance of nifty tech, it’s also managed to earn the highest ever score in the active safety part of Euro NCAP’s assessments.

Mercedes is also flying high, as its latest models are being awarded the full five stars for safety. That’s now 11 Mercedes models to get the same top ranking since 2014.

Find your next car by heading to the best cars for 2019. 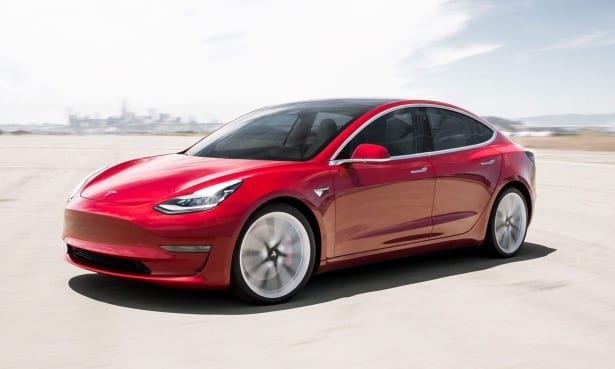 In the event that the worst happens, Tesla’s Model 3 will do an outstanding job of protecting you in a crash.

Analysis of the impact shows that occupants of various sizes would have been protected as much as possible in the crash, earning the car an impressive perfect score for this part of the assessment.

But it’s not just about coping with crashes – these days it’s about avoiding them altogether.

A car’s AEB (autonomous emergency braking) system should detect if you’re about to crash and apply the brakes for you, if you’ve not already done so.

Many cars can now see whether you’re about to crash into another car or large object. But more-advanced systems can now even detect vulnerable road users, such as cyclists or pedestrians who have run out from behind a parked car.

In Euro NCAP tests, Tesla’s system did well to detect and react to wayward pedestrians in both daytime and night-time conditions – and its response to cyclists scored full points.

This is all great news, but we are still pursuing with the Advertising Standards Authority why you shouldn’t be fooled by the Tesla Model 3 ‘full self-driving capability’ claims. No car yet released can, or would be allowed to, drive itself on UK roads.

Find out what we made of the new Tesla, including how far it went in our tests before we had to plug it back in – see our Tesla Model 3 review. 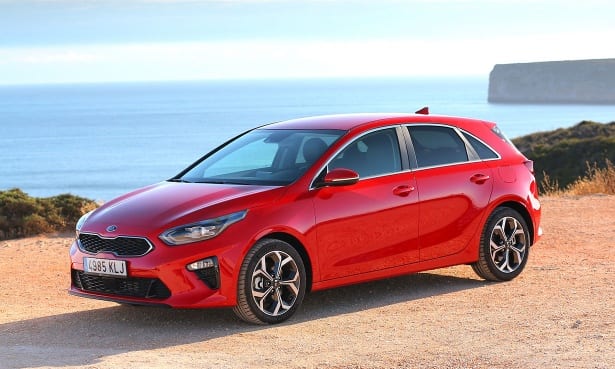 The latest Kia Ceed has been awarded a dual rating:

The latest rating doesn’t just apply to the new Kia Ceed either. It applies to the Proceed five-door fastback-style ‘shooting brake’ (picture a smallish estate), the Ceed Sportswagon (estate) and the new Xceed. If you haven’t seen it yet, the Xceed is a crossover that Kia has billed as ‘a sporty alternative to larger SUV models’.

In a nutshell, a Ceed (or related model) without a safety pack has AEB, but not a system advanced enough to detect pedestrians and cyclists. However, adding the optional pack to the car improves the system so that it can detect these vulnerable road users.

How much does Kia’s safety system cost?

Kia calls its safety system the forward collision-avoidance assist (FCA), but the advanced version is the FCA (City, Urban & Pedestrian). When Euro NCAP tested a version of the car with this technology, it awarded the car five stars.

Kia has now had four cars with an optional safety pack go through this latest version of the same Euro NCAP test programme (it was updated in 2017). The others are the Kia Rio, Picanto and Stonic. 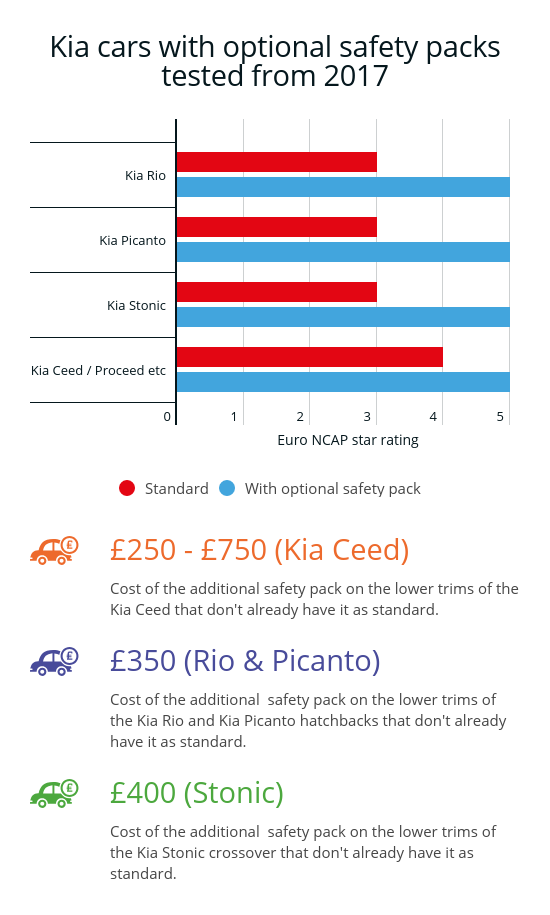 This is the first Kia of the four to get a four-star rating without the additional safety pack.  The three mentioned above all got three stars in their basic forms – which makes them all instant Which? Don’t Buys. 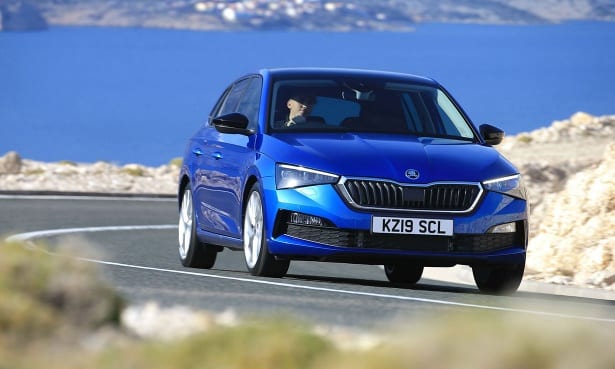 While the Skoda Scala wasn’t able to get a perfect score in the front offset test like the Model 3 did, it managed to make up enough points in the various other crash scenarios to have marginally better overall protection than the Tesla.

Throughout the various crash scenarios, the Skoda was able to protect its occupants well, ensuring no critical areas came into harm’s way.

The AEB systems were not as developed as Tesla’s, but they were still able to detect vulnerable road users and avoid incidents, or mitigate the worst effects, in most tests.

Matthew Avery, director of research at safety organisation Thatcham Research, said: ‘Skoda consistently produces cars with high standards of safety, and does so at a low price point compared to other manufacturers.

‘The Skoda Scala shows strong performance across the board – rating highly on passive and active safety protection.’

It’s safe, but what’s it like to drive? The Scala has only just been released, but we’ll get one into into the lab soon, to assess just how usable the Scala really is as a family car.

In the meantime, here are the best medium cars we’ve tested. 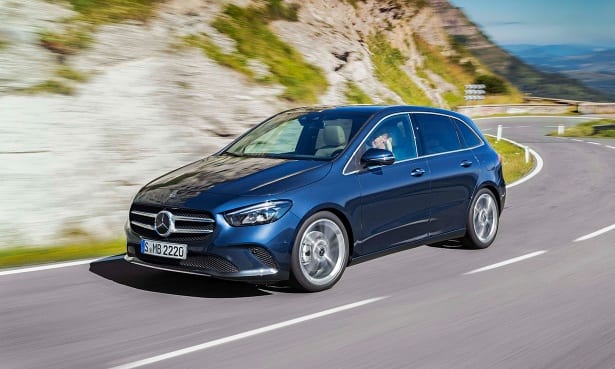 The next-generation B Class (pictured above) may have just emerged from Mercedes, but prospective buyers of the spacious family car will have no illusions as to how safe it is.

It also did very well to protect its occupants in a crash (the B Class scored the same overall result as the Tesla in this section of the assessment). Its AEB system was able to detect and react well to vulnerable road users.

It may come as a surprise that the new GLE, a large SUV, actually scored slightly lower in the adult occupant tests, meaning you’re (very slightly) better protected in the large hatchback B-Class rather than in the GLE.

But the difference is negligible, and both cars get the full five stars out of five for car safety.

Looking for a new family car? Here are the family cars we recommend. 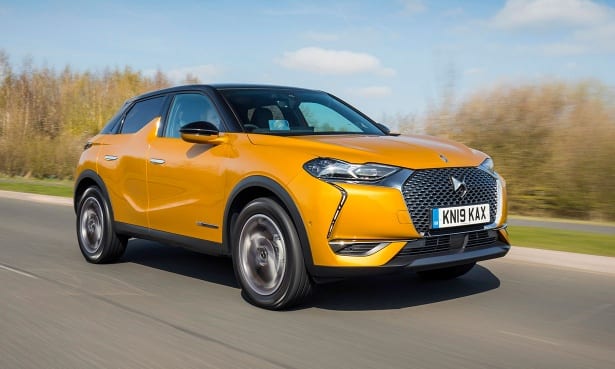 Unusually, the DS3 in its basic form was able to get four stars out of five for safety, despite not having any AEB system to speak of.

While that normally makes it near-impossible to achieve a four-star rating, the DS3 Crossback relied on its other tech to score enough points.

Intelligent speed assist (ISA) is a camera-based system that reads speed signs and allows the speed limiter to adjust itself appropriately. The DS3 also has decent lane support to stop it wondering out of lane, intervening aggressively in certain situations.

The optional safety pack adds AEB, and with it, the car gets five stars.

Want something reliable? Here are the most reliable cars for 2019.