Asda was the cheapest supermarket in September, for the second month in a row. Which? analysed a basket of 66 popular branded groceries across six supermarkets – and at Asda the shopping cost £129.50.

Taking the position of most expensive supermarket for the seventh consecutive month was premium supermarket Waitrose. The same basket of groceries cost £143.85, a substantial £14.35 more than Asda.

Supermarket giant Tesco was the fourth-cheapest supermarket in September 2019, placing it firmly in the middle of high-end and cheaper competitors, a spot it’s occupied for eight out of the nine months we’ve looked at so far this year.

Using data from independent price comparison site MySupermarket.com, we calculate the average price (including special offers but not multibuys) for a basket of popular branded items.

It also included everyday essentials like toothpaste and cleaning detergent.

We tracked the price of each item throughout the month at six supermarkets to calculate an average and reveal the cheapest and most expensive places to shop.

We compared prices at:

We’re unable to include Aldi or Lidl because our price comparison is based on data from supermarkets’ websites, and these shops don’t sell branded groceries online.

German discounter Aldi has announced plans to invest £1bn in expanding the number of stores it has in London over the next two years, following an 11% increase in sales to £11.3bn in 2018. 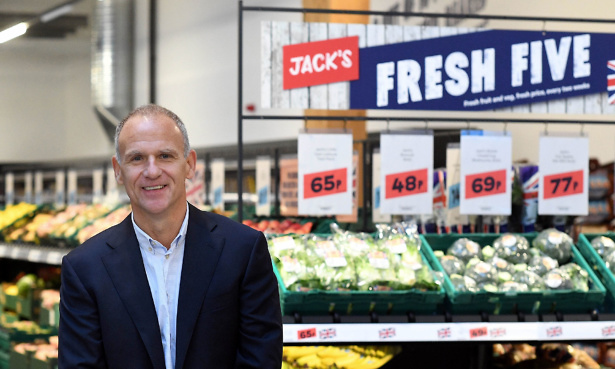 A year after debuting Jack’s, its first budget store, and having since opened nine more branches, Tesco has announced that it will close its Rawtenstall (East Lancashire) branch.

The ill-fated shop will be replaced by a 40,000sq.ft Tesco store instead.

Asda is launching a new ready meal range in November that will come in full recyclable packaging, in its latest move towards sustainability.

The supermarket claims the move will change 775 tonnes of plastic and 45m ready meal trays from non-recyclable to recyclable material.

It also announced in September that its range of Aberdeen Angus steaks would no longer be sold in black plastic trays, switching instead to fully recyclable cardboard packaging.

In 2018, Iceland made headlines with its palm-oil focused Christmas advert. This year, the frozen-food specialist is set to launch a plastic-free range of Christmas menu options including starters, mains and desserts.