Giving birth this winter and need to invest in a new pram? Or looking to upgrade your current stroller? Find out how those we’ve recently reviewed – including big new launches from Bugaboo, Cosatto, Joie and Phil & Teds – compare to others we’ve tested in 2019.

But six travel systems were bad enough to be named Don’t Buys and ranged in price from £200 to £650. These include one big-brand model we recently reviewed where the handlebar broke off during our testing.

We recently tested the new and improved Cosatto Giggle 3 travel system. This now has a leatherette handlebar, all-round suspension, a longer carrycot and a redesigned hood that can be used on the carrycot or the seat unit.

For £500 it comes with a carrycot that’s suitable for occasional overnight sleeping. It can also be used with Cosatto car seats, as well as with Maxi-Cosi, Joie, Cybex and BeSafe car seats if you buy the multi-brand adaptors. But our testing did reveal a few issues that could mean this might not be the travel system for you.

If you’ve got a bit more money to spend, take a look at the Silver Cross Wayfarer, another popular travel-system pushchair that for £735 comes supplied with a carrycot, as well as a raincover, cup holder and hood and apron pack.

It has a reversible seat unit and a one-hand recline mechanism, as well as a flip-flop-friendly brake that won’t require you to scrape your toes to disengage it.

However, if you want to blow the budget, for £1,099 you can get the Cybex Priam 2019, which has new chunky rear wheels and the option of an eye-catching rose-gold frame. It comes with the Lux Carrycot, a raincover and car seat adaptors. The spacious seat is set quite high from the ground so it can be used as an impromptu high chair when eating out.

See how these travel-system pushchairs compare with the other travel systems we’ve tested.

Lightweight strollers are rising in popularity and there was a lot of buzz earlier this year around the launch of the Bugaboo Ant, which is an ultra-compact travel-system stroller.

It can fold down small enough to be taken on flights as cabin luggage and it can be wheeled along behind you like a suitcase.

Most strollers are forward-facing only, but the Ant has a reversible seat unit and it’s travel system-compatible. But it will set you back £429, which is at the pricier end of the scale when it comes to strollers.

If you’re looking for one that folds down to a similar size and aren’t fussed about having a parent-facing seat unit, the Joie Tourist is just £150 and it can also be used with a car seat or carrycot. It has a shoulder strap to help you carry it when folded and it comes with a washable travel bag to protect it when not in use.

The Britax Holiday 2 is the lightest stroller we’ve tested this year and it’s currently the same price as the Joie Tourist, but you’ll have to budget separately for the backpack-style carry bag, as it’s sold separately for £25.

New features for this updated stroller include an integrated foot rest and a zip-operated recline. It also has a new swivel lock on the front wheels.

We’ve reviewed 29 strollers in 2019, ranging in price from £85 (the Red Kite Push Me Sprint) to £650 for the i-Candy Lime. Several were bad enough to be named Don’t Buys – including one that broke during our durability testing.

None were good enough this year to be named Best Buys, although we’ve found a handful that came close, including one stroller that costs less than £150 and we described as: ‘compact, lightweight and definitely worth a look.’

Go to our stroller reviews to see our top-scorers for your budget.

We’ve tested a handful of all-terrain pushchairs this year, two of which were named Don’t Buys because of safety failures. Of the rest, only one scored highly.

Those all-terrain pushchairs we’ve tested this year include the Phil & Teds Dash inline, which has sizeable wheels and all-wheel suspension to help it cope with bumpy, uneven surfaces.

The front wheel of this pushchair can be locked to make it easier to drive over gravel and loose stones, and it has a bright red flip-flop-friendly brake pedal, as well as travel system compatibility. You can even add a second seat to turn it into a double buggy.

At £449, it’s moderately priced, but for £550 there’s the Thule Urban Glide 2, an all-terrain pushchair that has even larger 40cm rear tyres and all-wheel suspension for easy manoeuvrability.

It’s the lightest all-terrain travel system buggy we’ve tested, and it has a secure and spacious shopping basket with a zip-top cover, so you don’t need to worry about anything falling out.

But if you really want to push the boat out, the iCandy Peach All-Terrain is nearly double the price, at £1,080, but it’s very versatile. It comes with a carrycot, the seat unit is reversible so your baby can face you or the world, and it’s compatible with a number of baby car seats, or you can convert it into a double if you buy a second seat.

Visit our all-terrain pushchair reviews to see whether these are the best off-road buggies we’ve ever tested.

This year we’ve tested 64 pushchairs that claim to have lie-flat seats for babies less than six months old. But our tests have found that not every pushchair seat actually reclines to 150 degrees or more to create a safe, flat sleeping surface.

We’ve found five Best Buy from-birth pushchairs, but also four Don’t Buys, including one which, despite saying it’s from birth, only has a recline angle of 132.7 degrees so it isn’t suitable for babies under six months old.

Others we tested include the Joie Versatrax. It costs £400 and gives you three options to transport your newborn: a carrycot (supplied), a car seat or a lie-flat seat.

The seat has a maximum weight limit of 22kg. This is higher than average so it should last you for longer. It also comes with a cup holder and raincover, accessories that you usually have to pay separately for.

The Hauck Apollo is slightly cheaper at £370, but the seat can be used from birth until your child reaches 25kg. This is about six years old, so it could also be useful for parents with older children who need to use a pushchair.

It has unique ball-bearing-mounted wheels to smooth out bumps and, unusually, the front wheels are larger than the rear wheels on this pushchair.

The iCandy Lime is the most expensive, at £650, but the seat can convert into a carrycot format to create a lie-flat surface for your newborn to snooze in. This also means there’s no need to pay extra, or find space, for a bulky carrycot.

It’s suitable up to 25kg, which is around six or seven years old, and the Lime also has a built-in ride-on board for older siblings that can hold a child weighing up to 20kg.

Take a look at all our from-birth pushchair reviews to see how the three pushchairs above size up to other prams suitable for newborns.

Double buggies can have seats that are in a tandem in-line configuration or seats that are side-by-side, like the Baby Jogger City Tour 2 Double, which costs £430.

Side-by-side double pushchairs can be bulky, heavy and impossible to get through a standard doorway, but the slim width of the lightweight City Tour 2 Double means that you shouldn’t have any issues taking it around the shops.

It can be used with carrycots, but the seats can’t be swapped for car seats, unlike the Cosatto Wow XL double, but it’s on sale for £980 so is a much bigger investment.

The Wow XL double offers parents four possible modes: pram or pushchair, carrycot and pushchair, two same-stage seats and a pushchair seat with toddler ride-along board that’s included as part of the package.

The Silver Cross Coast double is more expensive, at £1,175 and, similarly to the Cosatto WoW XL double, it can be bought as a single pushchair and converted into a double with the addition of a second seat. It’s also compatible with a ride-along board, but that’s sold separately.

The Coast package includes reversible seat liners, mosquito nets, rain covers, a cup holder and Simplicity car-seat adaptors, so you can use it as a travel system.

Out of the 15 double buggies we’ve tested in 2019, only one was good enough to become a Best Buy, while two others were labelled as Don’t Buys because of issues with the effectiveness of the brakes and concerns about the durability of the handlebars.

Go to our double pushchair reviews to see the full range of double buggies that have been through our tough tests. 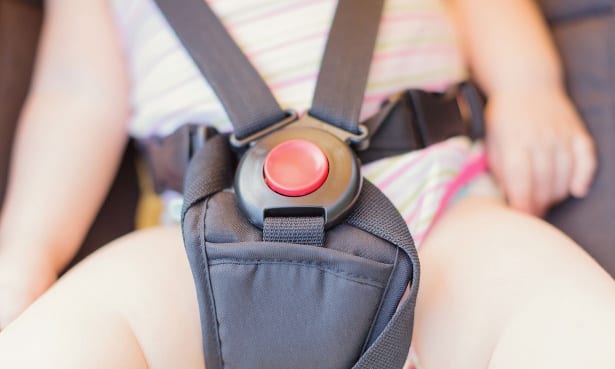 Find out more in our guide to how we test pushchairs.

Six ways to save money on reusable nappies