Keen to kit out your own workstation with a KitchenAid or Kenwood stand mixer? Depending on what, where and when you buy, you could end up paying hundreds of pounds more than you need to.

Coveted KitchenAid Artisan stand mixers, which star in the Bake Off tent and many more cookery shows besides, can cost anything from £260 to £850. Even the same model can sometimes set you back £200 more if you buy from the wrong place or at the wrong time.

We’ve pulled together our expert knowledge of KitchenAid and Kenwood mixers, and typical prices for popular models, to help you narrow down the right model for you, and beat the sales by knowing how to spot a good deal.

We’ve also scoured the shops for the best current deals, to help you quickly find the best price. Scroll down for the best Black Friday deals.

Best KitchenAid and Kenwood deals for 2020

We saw some great prices on these popular mixers over Black Friday 2019, and in some nice colour options too. Some deals have now ended, but look out for them possibly reappearing in the run up to Easter.

Click on the model names to check our independent reviews and ensure the model you’re interested in is actually worth buying, or use the retailer links to get straight to the deals.

Spotted another KitchenAid or Kenwood mixer on sale? Scroll down to see our pricing tables and check if it’s a good deal or not.

Expired deals to keep an eye out for

KitchenAid mixers: how to choose the right model (and get the best price) 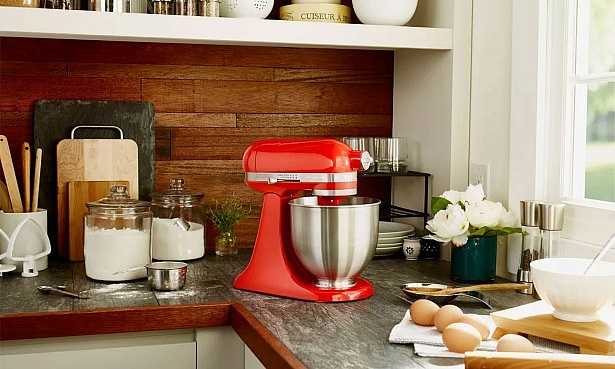 KitchenAid’s Artisan stand mixers all have the iconic retro curved design and are similar in terms of basic specifications.

The difference between models usually comes down to size, mixing capacity and the accessories available. These can add to the cost, as can the colour or finish of the model you buy.

The current range doesn’t tend to jump around a great deal in price, but some older models can be found for less, as they tend to be sold on special offer.

Here’s an overview of the range:

Making sense of the different models

The different mixers fall roughly into three groups: the smaller models, the main collection and the premium versions.

The smaller ones: KitchenAid Mini and 150- and 45- series mixers

The 45 and 150 mixers are old models that tend to pop up as special deals in specific colours during sales periods or intermittently throughout the year.

The 150 model used to sell for around £429, and the price rarely changed, so even though this model is a bit older, it’s relatively good value these days.

Both models are slightly more compact and basic than newer versions, but they’re a good bet if you want a KitchenAid for less. Especially compared with the smaller, newer Mini model, which is only really a good option if you’re really short of worktop space.

These models both launched in 2016. They’re very similar to the KSM150PS but are slightly larger and have a wider range of colours to choose from. The 125 seems to be less widely available and may be on the way out, which means it could be a good time to get a deal. The 175 does come with useful extras such as a splashguard and flex beater, though. These could add £60 to the total cost if you bought them separately.

Both are available in a wide range of colours (22 for the 175 model), and the price varies between colours, sometimes by hundreds of pounds. Unusual or on-trend finishes, such as copper, will usually cost you more.

If you don’t have a specific colour in mind, it’s worth shopping around to see what’s cheapest.

These are the most recent and expensive models. Both have premium extras, including full steel attachments on the 185 instead of the standard coated aluminium ones, and a textured ceramic bowl on the 180 model, which is KitchenAids limited edition 100 year anniversary model.

There are 13 premium finishes to choose from including brushed nickel, matte black and copper. Prices between colours vary by more than £100.

Getting the best KitchenAid for your money: the bottom line

Check the KitchenAid eBay outlet too. Manufacturer refurbished models are often available here for less, as long as you aren’t fussy about colour. Currently the prices don’t beat the Black Friday deals though.

Which KitchenAid mixer is best?

Specifications are important, but you’ll also want to ensure you’ve got the mixer that does the best job.

Why now may be a good time to buy a KitchenAid 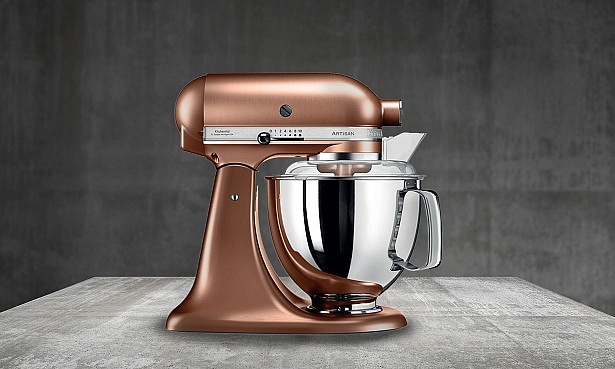 The prices of current range KitchenAid stand mixers tend to stay pretty stable. However, the prices of the 125 and 175 mixers started to drop at some retailers after the launch of the KSM185 model in 2018.

With so few differences from the new model, if you’re not bothered about the extra colour choices or stainless-steel accessories, this is a great time to go for either of these options.

Traditionally, really good KitchenAid deals are few and far between. But the info in the table above should help you to find them.

On Black Friday 2019, we spotted that Currys PC World had the 5KSM125 in cream for £279, which is a good price for this model, though not the cheapest it’s ever been.

Should you buy the Kenwood kMix instead? 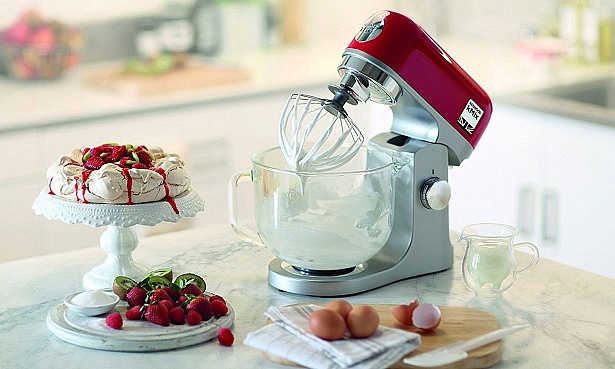 Kenwood has an impressive range of mixers but the most well-known is the kMix. Also seen in the Bake Off tent in previous years, it’s similar in design to the KitchenAid Artisan, favouring a retro look, but is often a lot cheaper.

The kMix KMX754 series mixer is slightly larger than KitchenAid models and comes with a 5-litre glass mixing bowl. The newer KMX750 and 760 series go back to the traditional stainless steel bowl but are otherwise very similar.

The KMX760 models are stainless steel with metallic accents (rose gold, gold, steel, black), whereas the 750 series are all one colour (black, red or cream – apart from the bowl).

The official price for kMix models is around £450-£599 (depending on colour), but you can usually find one somewhere for £230-£270. That makes it a good-value alternative to the KitchenAid Artisan range.

All models come with the standard accessories: whisk, dough hook, mixing beater and a splashguard.

There are often some quite good deals on the kMix. We’ve seen it for less than £200, making it a significantly cheaper option than the KitchenAid. The cheapest price we’ve seen is £169, which is great value for a mixer of this size and calibre.

You can sometimes find older versions of the kMix, such as the KMX50/51, on Amazon or eBay but the price doesn’t tend to be that much lower.

Should you buy a Kenwood or a KitchenAid?

KitchenAid has many devoted fans who will claim its mixers are far better than any other stand mixer. However, Kenwood has made a number of stylish, well-designed stand mixers that won’t set you back as much.

Get our verdict on which brand is most reliable, loved by its owners, and does the best in our independent mixer tests, in our full guide to KitchenAid vs Kenwood mixers.

We’ve also found some great options from other brands. Compare all the latest models by heading to our stand mixer reviews, or skip straight to the models we recommend in our round-up of the best stand mixers.

Which? kitchen appliance experts scour the market for the best deals and only include deals which represent genuine savings, or one of the best prices you’ll get for the products featured.

We ignore the savings quoted by retailers, which are sometimes based on an inflated ‘before’ price, and instead compare savings to the typical selling price of a product, based on pricing research and our market knowledge.