Sainsbury’s was found to be the cheapest supermarket in our monthly Which? supermarket price comparison test, with a basket of popular items costing £121.77.

The most expensive supermarket in October was Ocado, overtaking Waitrose, which had been the priciest grocer for the previous seven months. 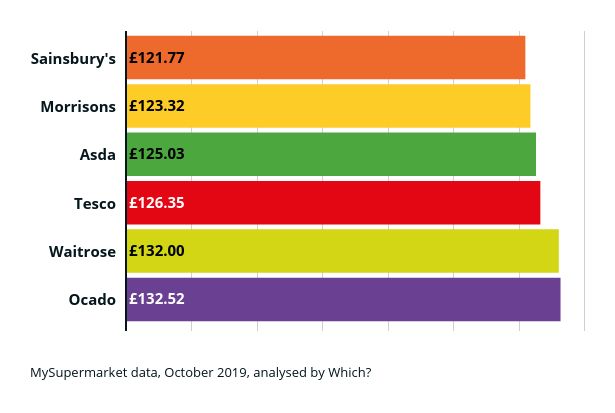 Last month’s cheapest supermarket was Asda, which slipped down to third place (£125.03) this month, with Morrisons (£123.32) beating it to second position.

The UK’s largest supermarket, Tesco, was fourth-cheapest for the sixth month in a row. Shopping at Tesco still cost £6.17 less than pricey Ocado, but it was £4.57 more expensive than Sainsbury’s.

Below we explain more about our findings and reveal the latest news from the world of supermarkets.

Using data from independent price comparison site MySupermarket.com, we calculate the average price (including special offers but not multibuys) for a basket of popular branded items.

It also included everyday essentials like deodorant and pet food.

We tracked the price of each item throughout the month at six supermarkets to calculate an average and reveal the cheapest and most expensive places to shop.

We compared prices at:

We’re unable to include Aldi or Lidl because our price comparison is based on data from supermarkets’ websites, and these shops don’t sell branded groceries online.

Costing £7.99 a month, the new Tesco Clubcard Plus scheme will offer subscribers a 10% discount on two ‘big shops’ of up to £200 each month. However, the discount can only be used in-store.

You can only subscribe via the new Clubcard Plus app, and exclusions including petrol, baby formula milk and tobacco products apply.

Last week, we investigated rumours that Lidl could be launching an online delivery service.

The discount supermarket chain advertised a job role described as aiming to ‘deliver a new online platform’ that would ‘drive online sales’.

The supermarket neither confirmed nor denied whether it was planning to launch an online delivery service. 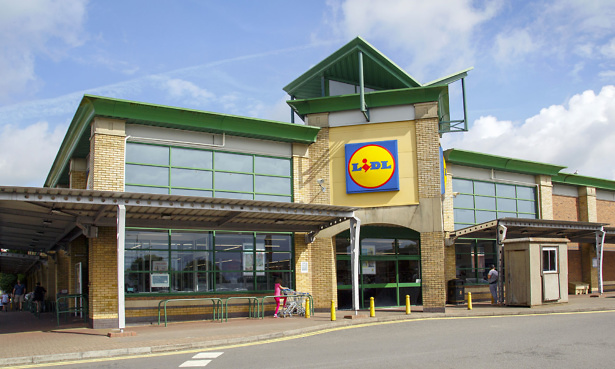 More good news from Lidl, which has announced that it’s reduced its plastic use by 8%. The supermarket’s latest sustainability report has found it has saved 37 tonnes from plastic meat trays alone.

Tesco has also announced that it will remove 1bn pieces of plastic from its stores by 2020.

The supermarket giant says it will ditch plastic trays from ready meals, secondary lids on products such as cream, and sporks (spoon-fork hybrids) and straws from snack pots and drinks cartons.

This is part of the supermarket’s ‘Remove, Reduce, Reuse and Recycle’ strategy.

5 ways to incorporate the cottagecore aesthetic into your décor