SUVs have had a curious history in Britain. What started as indispensable tools for farmers and the landed gentry, morphed into a status symbol for wealthy drivers. Now, off-road-style models are a common sight on UK roads, with models such as the Nissan Qashqai and Ford Kuga a regular fixture on monthly best-seller lists.

This huge surge in popularity began with the introduction of the crossover SUV, arguably pioneered by the original Nissan Qashqai in 2007.

This car offered the improved feeling of security and road presence brought by a higher driving position. But, being based on a hatchback underneath, was easy to drive around town and relatively economical.

It also wasn’t burdened with heavy and costly off-road-specific hardware, such as permanent four-wheel drive, a low-range gearbox or locking differentials. All of which serve little value when driving on tarmac.

Since the Qashqai’s huge success, nearly every carmaker now offers SUV models in a range of sizes. This has progressed to the point where you can now get a high-rise model with butch styling that’s little bigger on the road than a conventional small hatchback.

Such models are specifically designed for use within town, with most offering no more advantage off-road than a regular city car. Their appeal again lies in their high driving position, which makes them easier to get in and out, and normally allows more suspension travel to better absorb large potholes and speed bumps.

Something for everyone, then. But are there any drawbacks? Here are five reasons you should consider a conventional hatchback or estate car over a crossover or full-sized SUV – and one why you might want to stick to an SUV.

Our independent lab and road tests reveal the best hybrid cars you can buy in 2020. 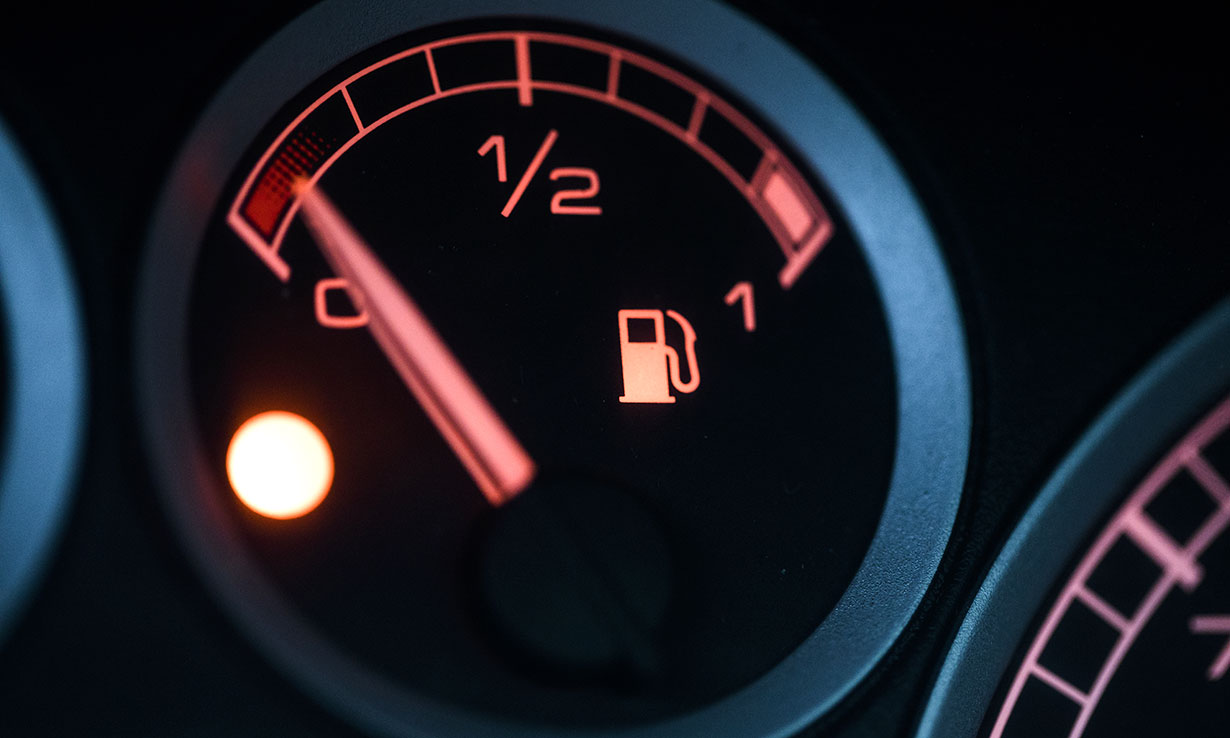 SUVs have long been cited as being among the least-efficient cars and the most costly to run. Traditionally, this was due to the fact that most required large, powerful engines to drive all four wheels over rough terrain, as well as other heavy mud-plugging hardware.

This combination of power, weight and typically boxy, non-aerodynamic body designs meant that large SUVs were always at a fuel consumption disadvantage compared with a conventional car – both in town and on the motorway.

Car manufacturers have worked hard to improve efficiency with SUVs. From plug-in hybrid models to on-demand four-wheel drive systems (which only drive all four wheels if the car detects a loss of grip).

However, our testing data reveals that, as a class, large SUVs have the worst overall tested fuel economy of all types of vehicle except sports cars.

In our tests, which are more stringent than the official tests, they’re nearly 30% less efficient, on average, than our large car class, which also includes powerful luxury models. 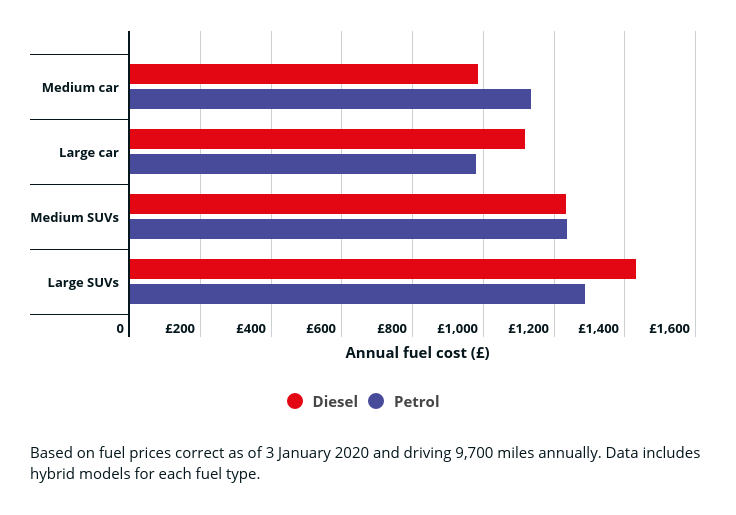 Choosing a slightly more sensibly proportioned mid-sized SUV won’t help reduce costs, either. Our tests have found these are generally also less efficient than large cars – by more than 10%, on average.

Even when you reach the very smallest, least powerful and most efficient class of compact crossovers, they still come off worse. In our tests, compact SUVs returned around 7% worse fuel economy than small hatchbacks (a class including the likes of the Ford Fiesta, Vauxhall Corsa and Renault Clio).

They’re also marginally less efficient than the medium hatchback class, of which models (such as the VW Golf) are likely to offer far great passenger space and practicality. 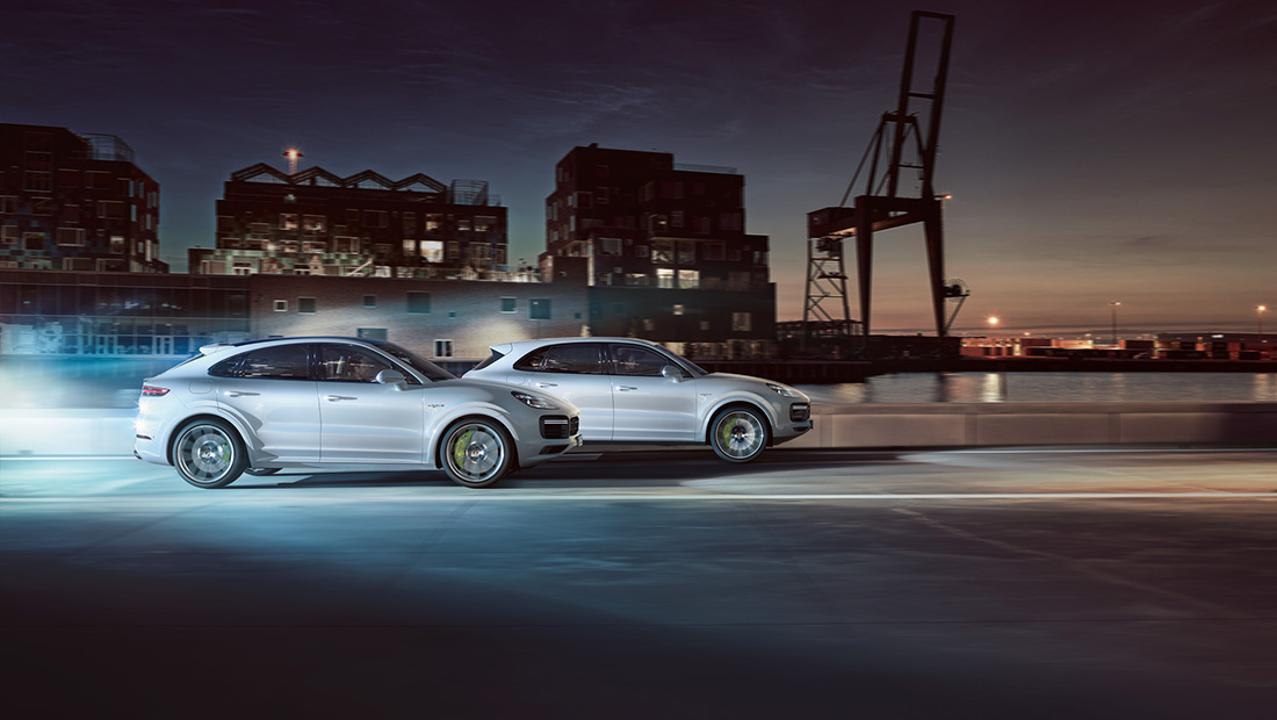 The popularity of SUVs has seen the advent of the performance 4×4. Normally offered by premium manufacturers, these keep the practicality and high driving position, but also claim to offer sports-car rivalling performance and handling.

This class of car was arguably started by the Porsche Cayenne. This has quickly been joined by a raft of competitors, with nearly every luxury carmaker now offering hot versions of its family SUVs.

However, if it’s top-notch driving fun that you’re after, SUVs are inherently flawed due to their weight and high centre of gravity. This increases body roll during cornering and lowers the speed at which a car can change direction. It’s the reason sports cars tend to be wide, ground-hugging affairs.

Manufacturers have attempted to get around this by fitting firmer suspension, adjustable ride heights and enormous tyres, but there’s only so much you can do to cheat physics. 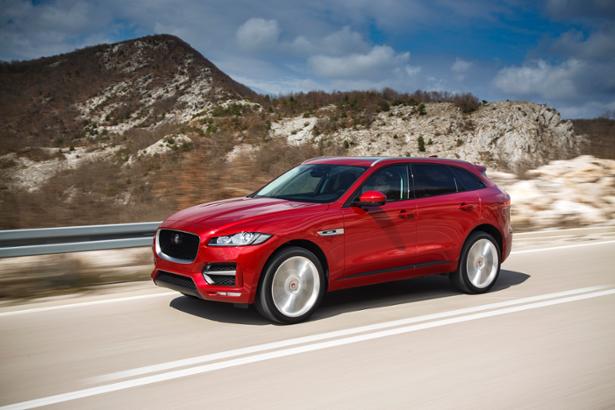 SUVs aren’t the greatest in our hazard avoidance test

Our hazard avoidance test is a good example. While we conduct the test at a specific speed (56mph), our expert testers keep performing the test at higher speeds to find the limit at which a car can cope with the violent manoeuvre.

Time and again, high-rise SUVs throw in the towel before lower, lighter hatchbacks and estates – or even throw up the odd worrying surprise, as we experienced with the Jaguar F-Pace.

In this case, the car’s stability-control system intervened harshly in our test, causing a front wheel to lock up. This prevented our test drivers from completing the swerve manoeuvre successfully. See what happened in the video below.

Given the choice, our cars team will always choose to drive a mainstream hatchback over a comparable SUV. This is because, as a general rule, they’re more responsive and fun to drive.

Our tough lab and road tests reveal the best cars. 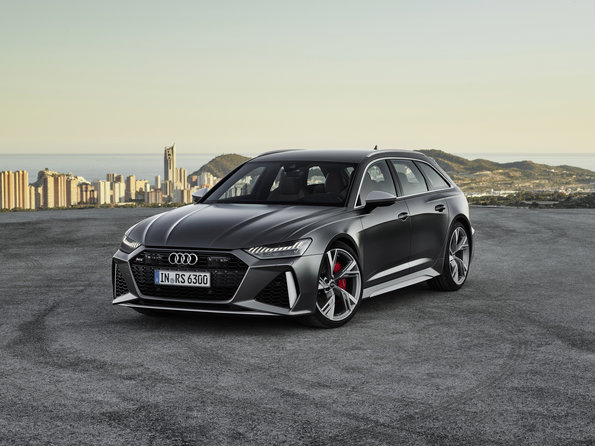 You may be considering an SUV because it’s the ultimate status symbol. You might have been right about 10 years ago, but numerous factors, notably the climate crisis and the country’s widening wealth gap, means that conspicuous consumption just isn’t cool anymore.

The crossover genre was created to satisfy the demand for SUV-style cars that are smaller, less polluting and less obnoxious to drive in town. But why would you want to drive around in an apologist’s SUV, when you could own a stylish medium or large estate car?

If the word estate conjures up images of boxy, sharp-edged Volvos, we’re here to tell you the game has moved on. Estates (or much cooler-sounding ‘long-roofs’, as the Americans call them) have morphed far beyond mere utility.

Thanks in no small part to being championed by premium brands such as Audi (which makes some of its performance models solely in estate guise), this type of car has enjoyed something of a resurgence in popularity in recent years. 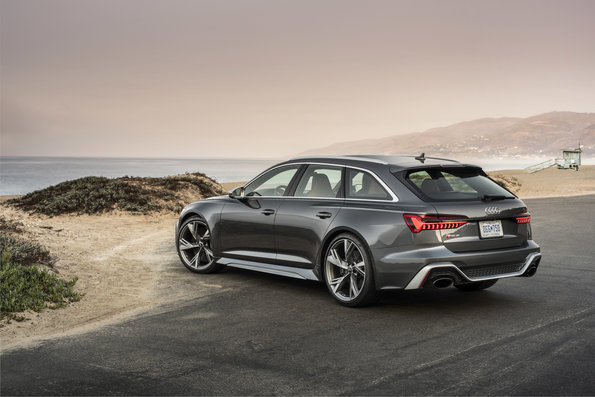 No longer just saloons with an extended boot, brands are taking estate car design very seriously, and their combination of practicality and aesthetic appeal make them more far more appealing than a boxy faux off-roader.

You can now also get an estate car in as many guises as SUVs. Whether you want a scorching sports model, ultra-luxury cruiser or something with a bit of mild off-road ability, there’s something for every taste and budget.

Find the long roof that’s right for you – see our expert pick of the best estate cars.

4. SUVs are too wide 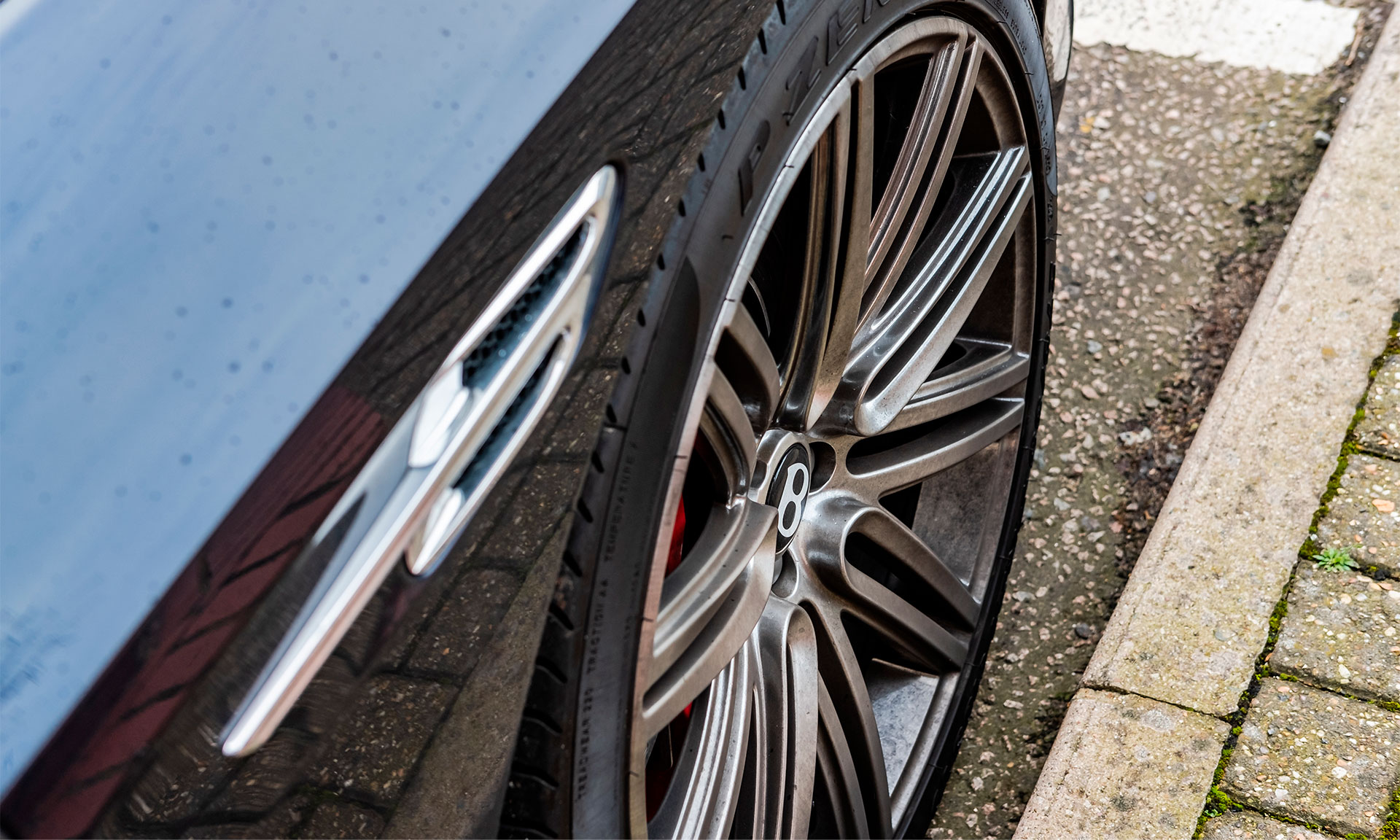 It’s not just an SUV’s carbon footprint you’ll need to worry about, but also its physical size on the road.

The main problem is width, which can really affect how easy an SUV is to drive around town. Not including door mirrors, the average width of the large 4x4s we’ve tested is 1.925 metres (or over three quarters the width of the new London Routemaster bus).

Even the large cars we’ve tested are some 5% narrower, which really does increase usability in congested environments such as rush-hour traffic.

The situation is only likely to get worse as cars get incrementally larger with each successive generation.

We’ve found that the Tesla Model X, along with eight other cars we’ve tested, can’t be driven through a 6ft 6in width restrictor at all – seriously limiting its usefulness in the urban driving scenario its emissions-free motor is meant to improve.

Eight of the largest SUVs that have been through our lab can’t be driven through a 6ft 6in width restrictor – that’s a whopping 13% of all the high-rise models we’ve tested.

Below, see the models are likely to get you stuck on city streets. 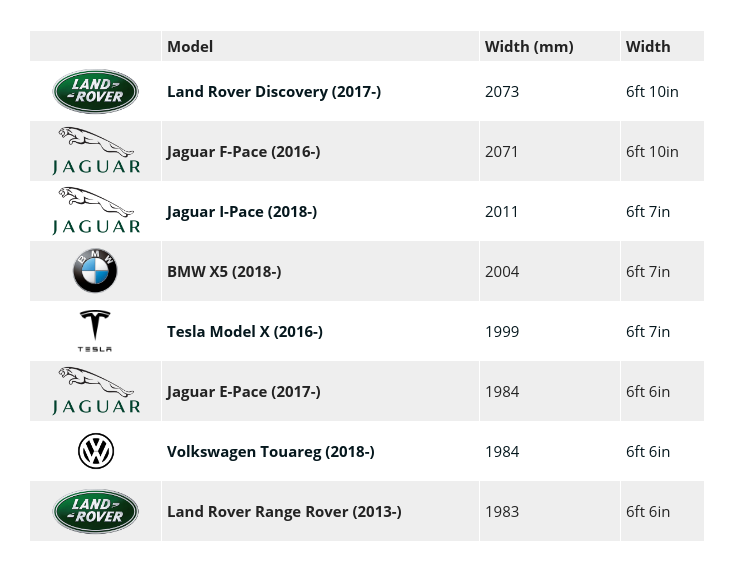 You can find full dimensions for every car we test in our new and used car reviews.

With engine downsizing, ditching four-wheel-drive and the increased prevalence of hybrid models, carmakers are working hard to reduce the emissions of their off-road models.

However, our independent tests reveal that, on average, SUVs emit much more CO2 than conventional models. Our lab-measured tailpipe emissions tests (tank-to-wheel CO2), which are more stringent than the official emissions tests, show just how big the difference is. 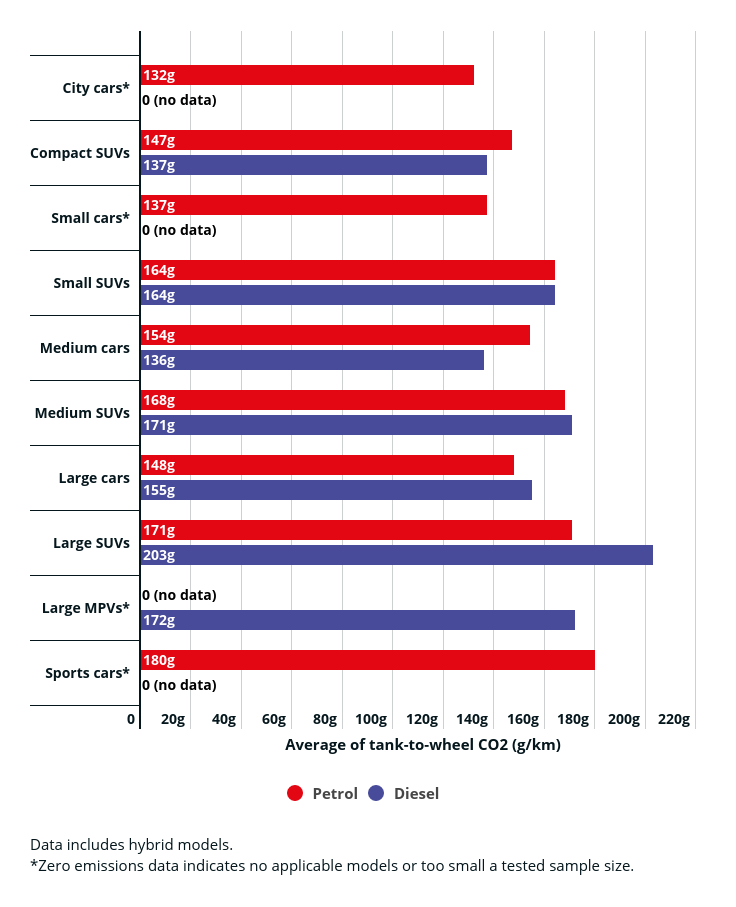 Any vehicle that emits large amounts of pollution in our tests can’t be a Which? Best Buy car.

But SUVs are practical 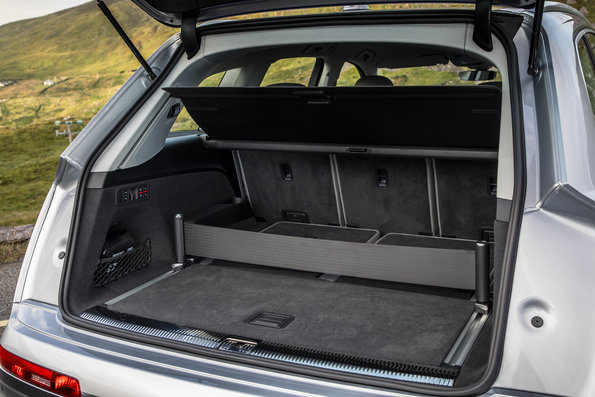 If there’s one reason you should consider an SUV over an equivalent-sized car, it’s for outright load space.

Our lab tests have shown that, on average, large SUVs are only beaten by large people carriers (most of which are essentially passenger vans) in terms of maximum load capacity.

If you regularly need to load a car to the rafters, a large SUV will normally prove a better bet than a normal car, thanks to high roof lines and wide bodies affording generous amounts of boot space.

Many also have convenient touches, such as rear seats that can be folded easily from a button or lever in the boot. Plus, most come with little or no load lip to lift objects over.

The flip side is that the boot floor tends to be higher off the ground in the first place, which could make it more difficult to load heavy or bulky items.

If you’ve got your heart set on an SUV, head to