Antivirus software is a product you should never pay full price for – and that’s if you decide to pay anything at all. We explain how to ensure you’re always getting the best deal.

Antivirus is a competitive field, with dozens of brands offering very similar products and services vying for your cash. As such, it’s nigh-on impossible to pay full price for an antivirus product. We’ve run through five of the best tips to help you save as much money as possible on your next subscription, and pick some current deals that are worth a closer look.

Use our lab-tested antivirus reviews to help make your shortlist.

If you buy directly from an antivirus company, they will often have tactics in place that can save you money if they think you’re wavering about making a purchase. If they catch any of the signs, they’ll often pop up a voucher code to ‘save’ you a fairly significant amount of money, so it’s always worth a go.

Simply adding a product to your basket and leaving it for a few days is normally an easy way to get a discount from an antivirus company, although you’ll have to sign up for an account while going through the purchase process to be notified of such an offer.

We’ve even found some websites – such as Kaspersky – will pop up a discount if your mouse cursor moves off the page and you switch to a new tab in your web browser. 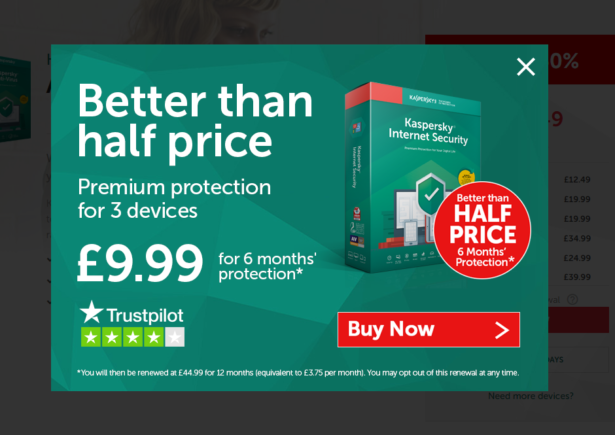 Most, if not all, antivirus companies offer some sort of automatic renewal if you buy directly from them. The downside of this is that you typically get a great deal on your first year and then see a significant price hike – sometimes more than double – after your first year. It’s therefore best to keep it switched off so you can make a decision in your own time as your subscription comes to an end.

What’s more, if the antivirus company knows your subscription is coming to an end and you aren’t set up to automatically pay again, it will usually get in contact multiple times with increasingly big discounts to encourage you to renew for another year. This is worth doing, because otherwise you’re unlikely to get any discount on your second year and beyond.

Some antivirus companies market automatic renewal as ‘continuous protection’, and will even sometimes go as far as suggesting that turning it off could put you at risk. Don’t be put off; there’s only a risk if you completely forget to renew your subscription, but you’re unlikely to do so as your antivirus provider will send you lots of emails reminding you as the expiry date draws closer. 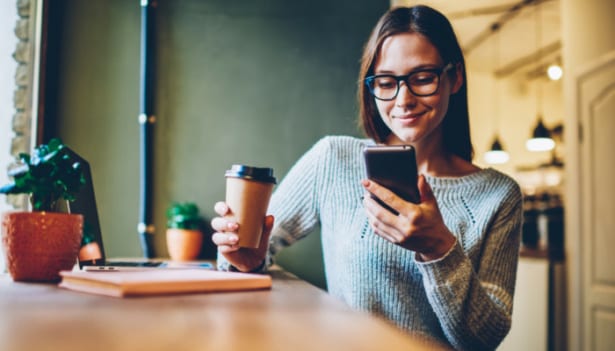 If you’re not happy with your subscription renewal price and haven’t had any offers come through on email, it pays to get in touch with the antivirus company on the phone or via live chat. We have had reports from Which? members who were able to get their subscription costs cut in half simply by complaining about their renewal price to customer services.

While there are plenty of third-party retailers who sell antivirus subscription keys for suspiciously cheap prices, some of the better-known high-street retailers often have some competitive special offers. For example, at the time of writing, Currys was selling a Deluxe subscription to Norton Security for £14.99, far cheaper than the current offer on at Norton’s official website, where it’s £30. The only difference we could see was that Currys was selling a product that used old Norton branding and the year 2019 instead of 2020.

Since the year doesn’t matter on antivirus any more – they are continuously updated products on which the calendar year has no influence – there is no reason not to simply buy this much-cheaper option.

Only buy the amount of protection you actually need

Make sure you pick a package that suits your household. Some antivirus companies offer customisable plans that let you pick exactly how many licences you get with your subscription, so you don’t have to overpay. AVG’s subscription service is for 10 devices only – you can’t pay less and get fewer licences when you buy direct. Avira and Norton, meanwhile, give you the choice of one, three or five licences while ESET lets you pick any number between one and five, so you don’t have to pay for more devices than you need.

As mentioned above, the year might be out of date but the key will still work for a fully up-to-date subscription. It’s less than half the price of Norton’s offer price at the moment. Read our full Norton 360 Security review to see how the package fared in our tests

McAfee Total Protection for one device – £8 at Argos

Argos’ price on McAfee’s Total Security package is a whole heap less than the £35 you’ll find it for on McAfee’s website. Read our full McAfee Antivirus Plus review (which has the same underlying protection as Total Security) to find out whether it offers top-notch protection.

Kaspersky’s official website offers its most basic antivirus package for £12.49 – half the usual advertised price. This package won’t come with any of the extra features found in its other tiers – such as a VPN and password management – but the underlying protection is the same. Find out how it fared in our tests in our Kaspersky Total Security review.

Should you pay for antivirus at all?

Of course you might decide there’s no need pay anything for antivirus. Most of the big vendors offer free versions of their software, which offer the same core protection but are missing extras such as parental controls, a VPN or a password manager. Have a look over the features you’re getting in both cases – if you don’t want or need more than the free package has to offer, why pay for it?

Crucially, the core protection on offer with free software usually doesn’t differ to the paid alternative. In fact, our recent antivirus reviews have found that overall protection score was higher, on average, for free packages than for paid.

For more, find out if Windows defender is good enough to protect your PC and browse our guide to the best free antivirus services.

BT to raise broadband and mobile phone prices in March: find out what you can do