With some of the latest SUVs and hatchbacks launching with features previously reserved for premium cars, upmarket brands are having to up their game. Some are certainly worth the money – our latest tests reveal multiple Best Buys – but there are some disappointments as well. Find out the full results through the links below.

Premium brands can cover a huge price range – the BMW 1 Series hatchback starts from £24,430 while Audi’s all-electric e-tron comes in at a whopping £72,327.

Our rigorous lab and road tests cut through brand biases to find out which models really live up to their badge. We leave no stone unturned – whether it’s a great drive, reliability, practicality, fuel efficiency, emissions, safety and more, our comprehensive reviews have you covered.

Here are the the very best cars you can buy right now. 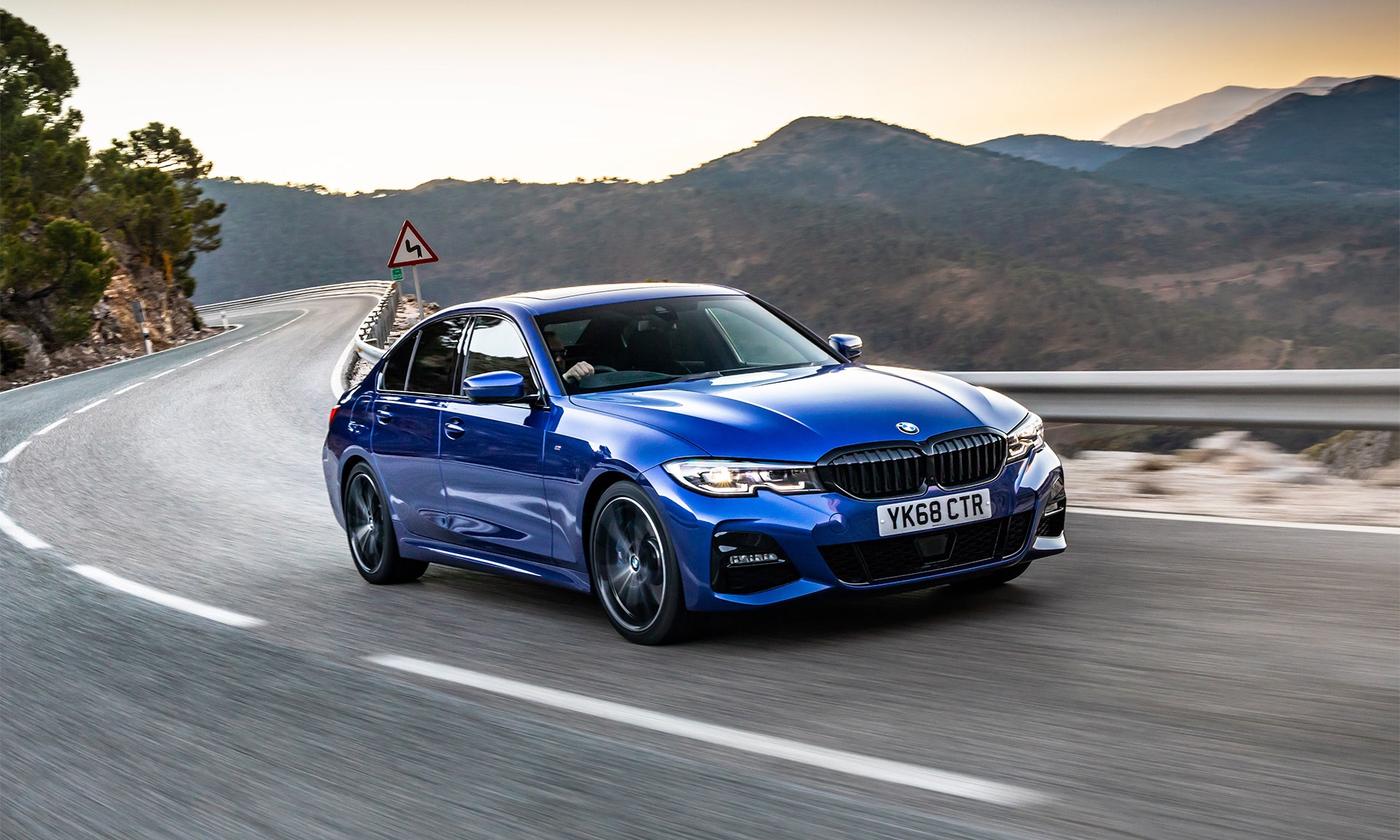 The BMW 3 Series has long been a go-to premium car, and this executive saloon forms the traditional heart of BMW’s range.

It aims to deliver the expected BMW drive appeal, as well as refinement with an easy-to-use infotainment system and subtle improvements over its predecessor, including a larger and cleaner cabin layout.

We’ve just tested its 190hp 320d diesel engine. This is likely to prove popular with buyers due to its upgraded performance potential, with BMW claiming this doesn’t significantly affect fuel economy. Our lab tests find out if this is true.

So does the latest 3 Series retain an edge over increasingly competitive rivals from Audi and Mercedes?

Find out in our definitive BMW 3 Series review. 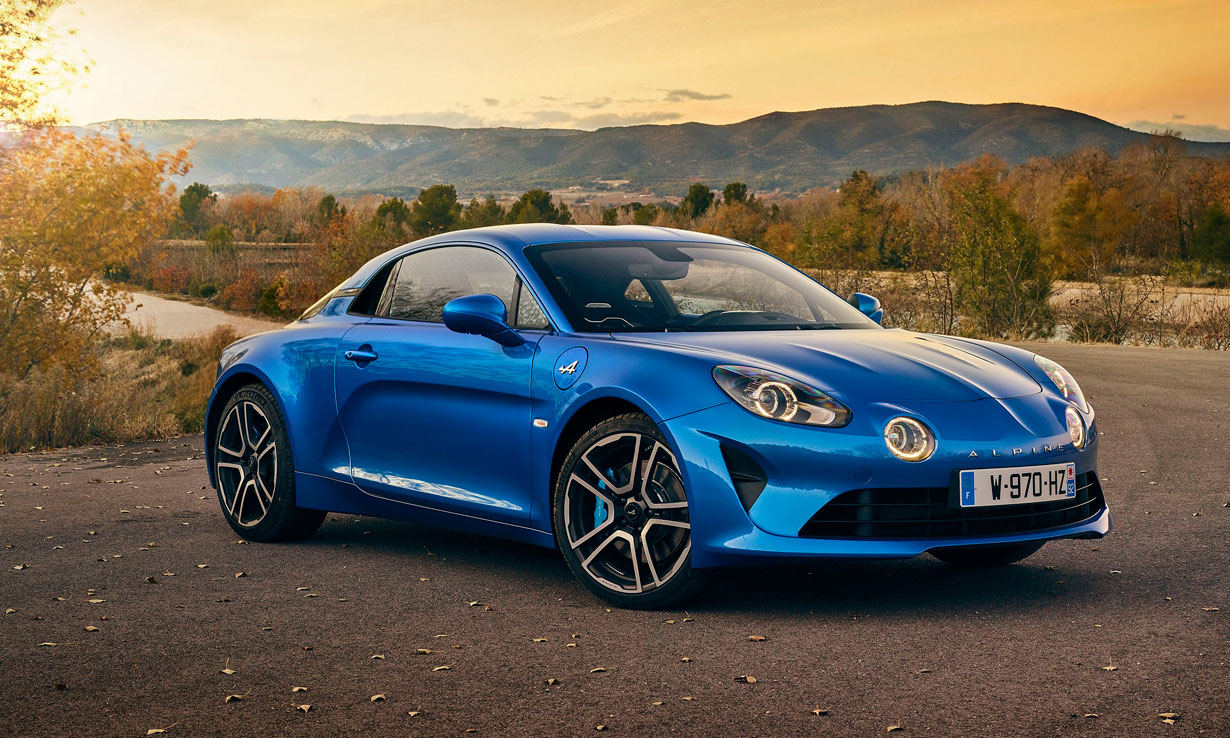 The Alpine A110 two-seater sports car marks the performance brand’s return to UK roads after almost three decades, competing against big-name rivals such as Audi, Toyota and Porsche.

It is an all-new model manufactured by parent company Renault, in homage to the brand’s iconic A110 sports car of the 1960s.

It aims to stick close to the ethos of the original, with an exceptionally lightweight design. It weighs in at only 1,173kg, hundreds of kilos lighter than coupé rivals such as the Toyota Supra, Porche Cayman, and Audi TT RS.

However this does mean lightweight bucket seats, which give prominence to the drive above the driver’s comfort.

In rarefied supercar tradition, the engine is mounted in the middle of the car, between the seats and boot. This should give it optimal balance for cornering.

It takes a lot to match the established sports cars. See whether Alpine is truly back on the scene in our comprehensive Alpine A110 review. 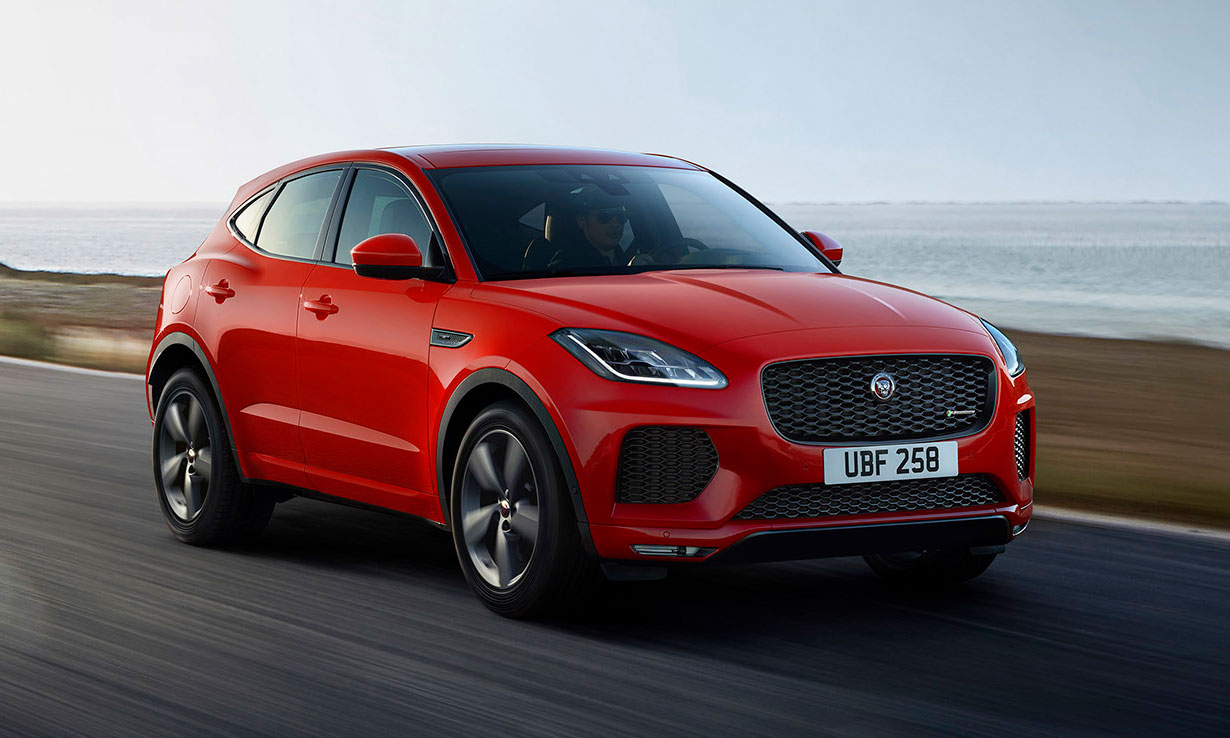 Jaguar is riding the SUV wave with the Jaguar E-Pace, its contender in the small premium SUV market alongside rivals such as the BMW X1, Volvo XC40 and Audi Q3.

The E-Pace aims to appeal to keen drivers with an agile and entertaining drive, despite its SUV design (SUVs are heavier and have a higher centre of gravity than traditional hatchbacks).

Most petrol and diesel engines come with four-wheel-drive and automatic transmission.

Look like the compact SUV for you? We put it to the test to see if its one of the most reliable, fuel efficient and great cars to drive on the market. See our expert Jaguar E Pace review. 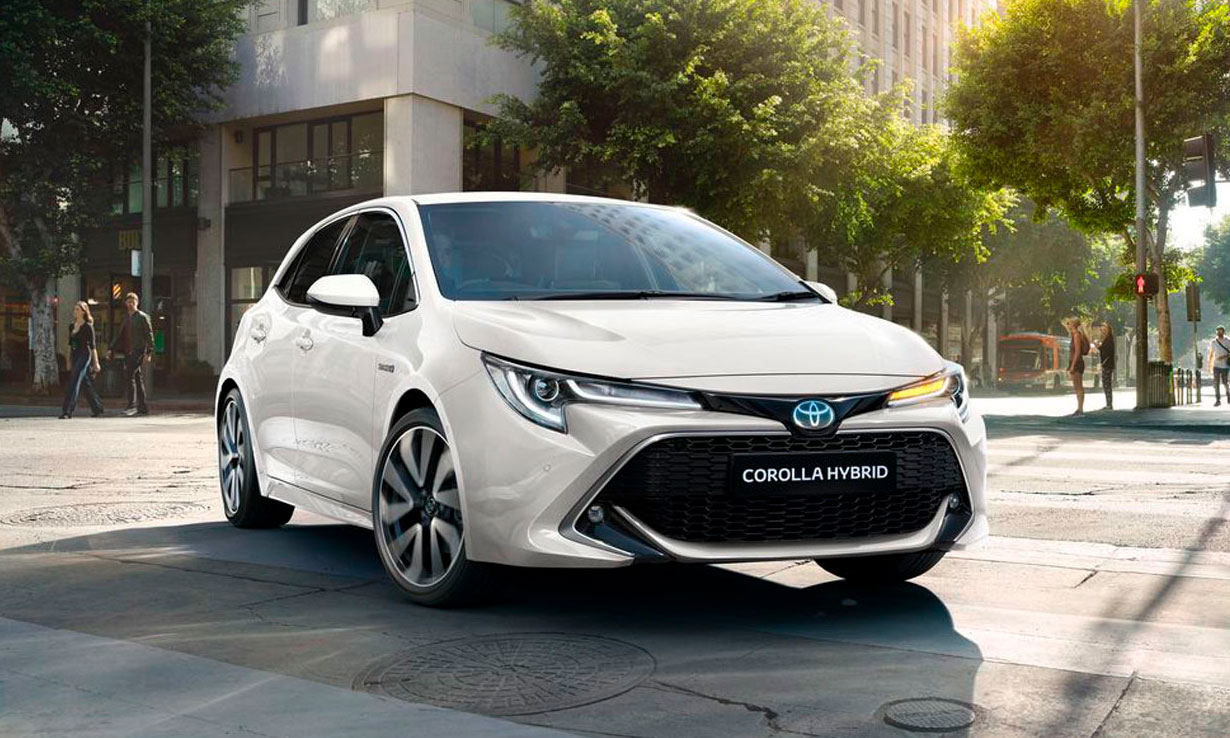 The Toyota Corolla Hybrid is a classic example of a mainstream brand clipping at the heels of premium rivals, with many upmarket features as standard. This includes heated front seats, 16-inch alloy wheels, automatic LED headlamps, a reversing camera and a 7-inch touchscreen.

The Corolla is a mid-sized hatchback targeting the market-leading Ford Focus, as well as premium stalwarts such as the Audi A3.

Plus it looks built for the future with Toyota’s hybrid powertrain, alongside a new larger 2.0-litre hybrid engine option in response to demand from Toyota hybrid owners wanting more power and responsiveness from their cars.

Despite only being slightly larger in capacity than the 122hp 1.8-litre unit, which is also available in the Corolla, the 2.0-litre engine option is 62hp more powerful, generating 184hp. This rivals offerings from more premium brands and, despite the power increase, the 2.0-litre enjoys staying within the same tax band for CO2 emissions as the 1.8-litre.

Does this look like the wise choice for your family and your bank balance? See whether this car has what it takes to put the upmarket brands to shame in our unbiased Toyota Corolla review. 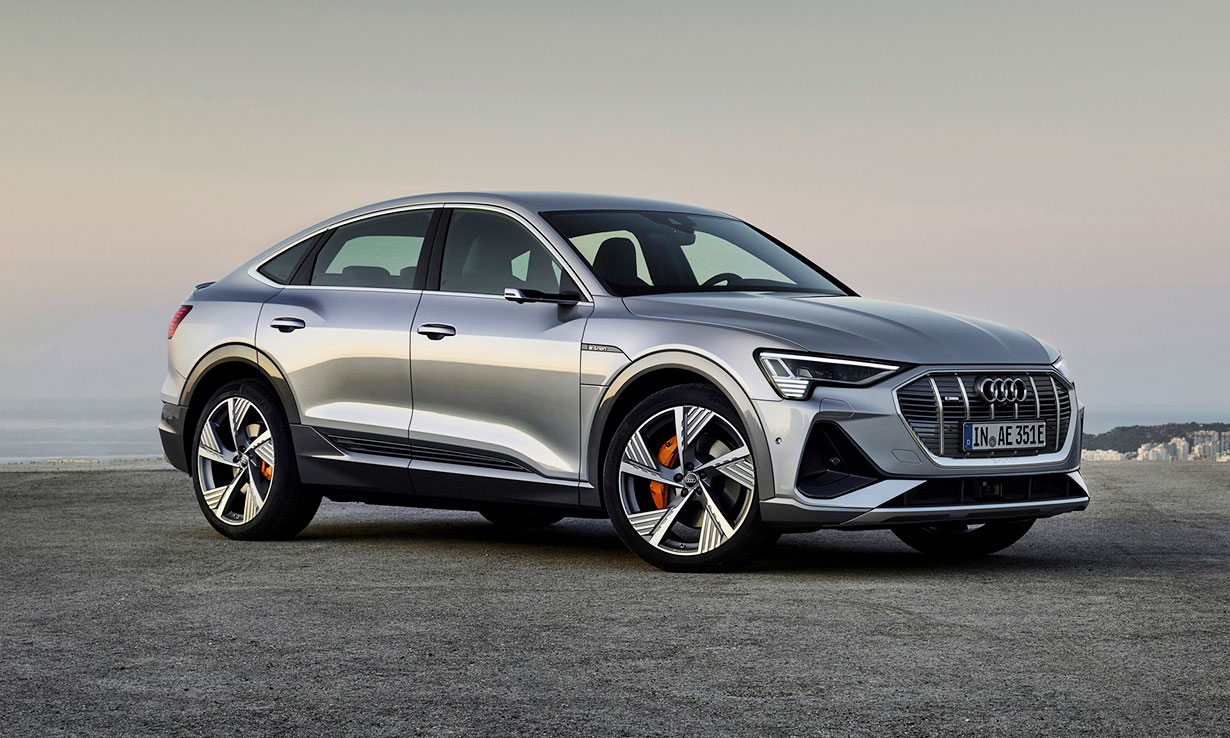 Audi is targeting high-end electric car rivals, such as the Tesla Model X and Jaguar I-Pace, with its first electric car – the Audi e-tron.

As a full-size luxury SUV, the e-tron’s size pitches it midway between the Audi Q5 and Q7. This is a starkly different approach to that taken by BMW, whose first all-electric model was the BMW i3 small car.

Audi claims you can recharge 80% of the battery in 5.5 hours at home with an AC cable, and can do the same in 30 minutes with DC fast charging en route.

You’d expect outstanding results at this price – so does this car measure up? Our expert lab tests reveal all in our exclusive Audi e-tron review. 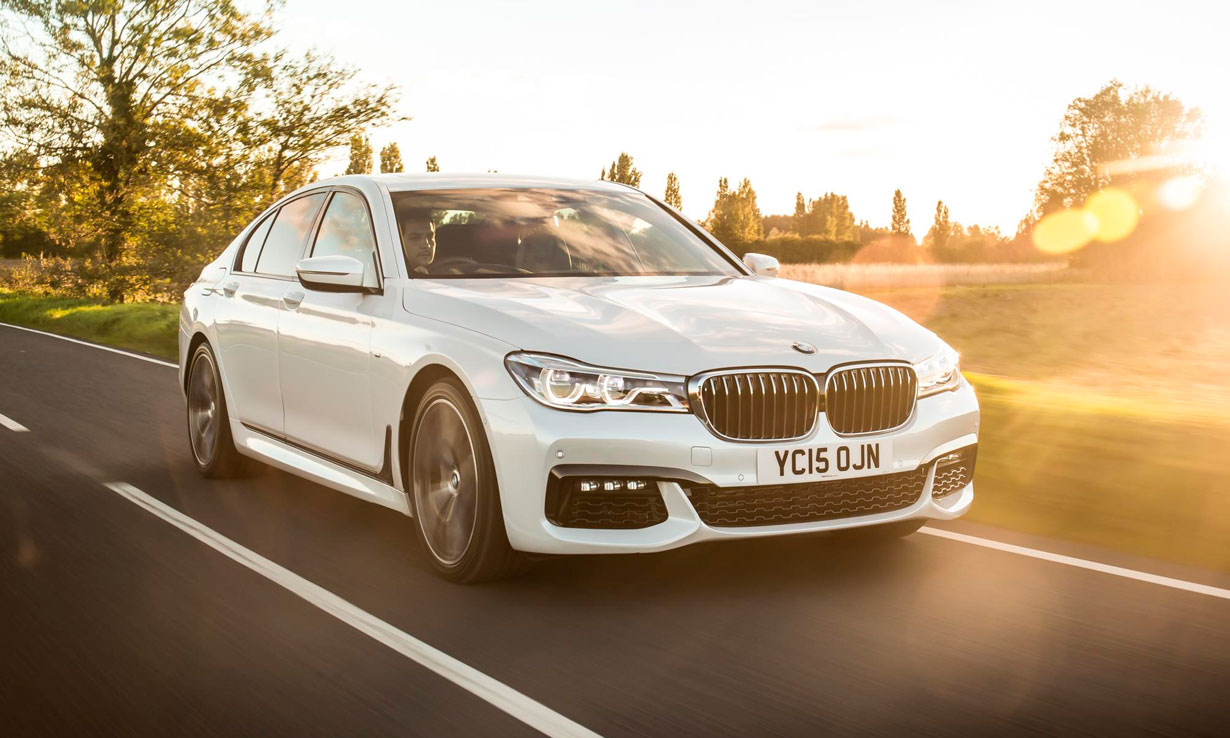 You would be forgiven for eyeing more traditional alternatives to the Audi e-tron, when even BMW’s most luxurious saloon car, the 7 Series, is available for considerably less.

Like the rival Mercedes-Benz S-Class and Audi A8, it’s a showcase of the brand’s latest technology. BMW uses a lot of carbon fibre to reduce its weight for agile driving, as well as air suspension as standard for supreme comfort.

2019 saw the 7 Series enjoy a mid-life update following its original launch in 2015. BMW’s useful reversing assistant has been added, which automatically backs up the car for 50 metres following the exact path it’s just been driven – handy when you’re backing up to give way on a tricky country road.

But the most striking changes are outside. The front end is now dominated by a huge grille that’s 40% larger than the pre-facelift model, aimed at appealing to the Chinese market which favours the divisively showy new styling.

Could this be the perfect car for you? Our lab put it through its paces in our tough tests – see our exacting BMW 7 Series review.