We test around 100 pushchairs, strollers and double buggies every year, so we can tell you the ones that will last and those that have potential safety risks or hazards.

Our testing gives you vital information you won’t get elsewhere, especially when it comes to safety and durability.

In the past six months we’ve tested 42 pushchairs and found a total of 11 Don’t Buys and seven Best Buys.

Read on to find out about some of the concerning issues we’ve found in our rigorous tests. 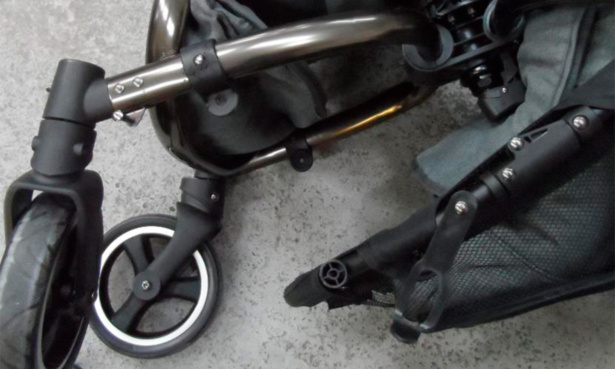 Our durability tests are largely the same as the tests that manufacturers are required to comply with according to the latest British pushchair safety standard BS EN 1888:2019.

This includes an irregular-surface test, where we wheel each pushchair over 200km of bumpy treadmill, loaded with the weight of a baby in the seat and the maximum allowed weight in the shopping basket.

The distance is roughly the equivalent to travelling from London to Birmingham and it indicates whether a pushchair will last, or if there are any weaknesses in the chassis or the connection points that we need to know about.

Six pushchairs broke during this test in the past six months, including one £250 pram that collapsed due to the snapping of the rivets connecting the shopping basket to the frame. 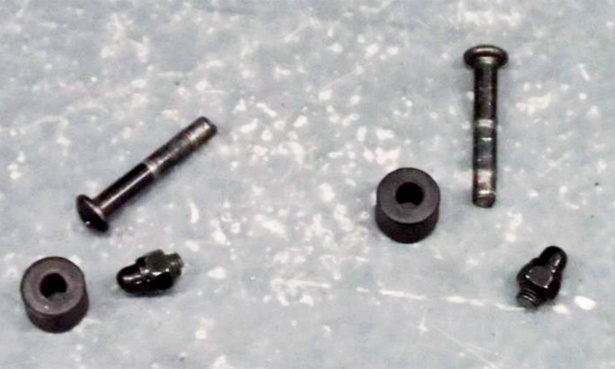 All were unusable following the tests, and in two cases this was because the x-frame support structure cracked or sheared off. 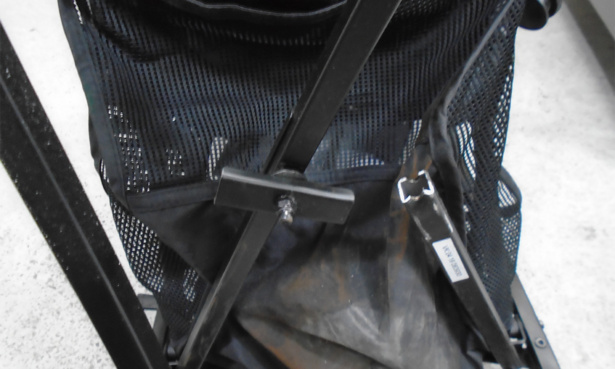 The handlebar of your pushchair needs to stand up to years of use, going up and down kerbs, being pushed over rough ground and manoeuvring around obstacles.

With each pushchair we test, we check the integrity of the handlebar in an identical way to the British safety standard.

We do this by using special equipment to test the strength of the handlebar by repeatedly pushing it up and down 10,000 times, replicating several years of use.

Five pushchairs failed this test over the past five months, including a premium stroller costing more than £400.

Our tests prove that price isn’t necessarily an indicator of safety and durability, which is why it’s essential to check our pushchair reviews.

For example, while recently testing the handlebar of a £900 double buggy, one nut loosened and fell from the corresponding bolt, causing the handle to become loose on one side – meaning it was no longer practical to use with two children in the seats. 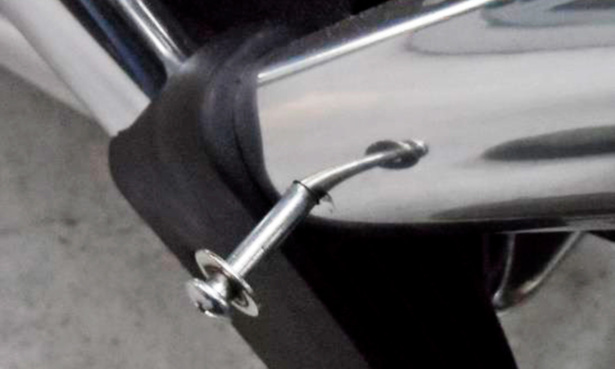 No one wants to use a pushchair with a wobbly handlebar, or worse, one that breaks while you’re using it with your children, potentially putting them at risk of injury.

The harness is essential to keep your child safely in the pushchair seat, especially if you accidentally hit a pothole or jolt the pushchair going over rough ground.

Our tests apply pressure to the harness buckle to see whether the harness is resilient enough stop your child from flying out of the pushchair head first.

Three pushchairs failed this test over the past six months, including one stroller which had stitching come loose on the harness that secures the crotch strap to the seat. 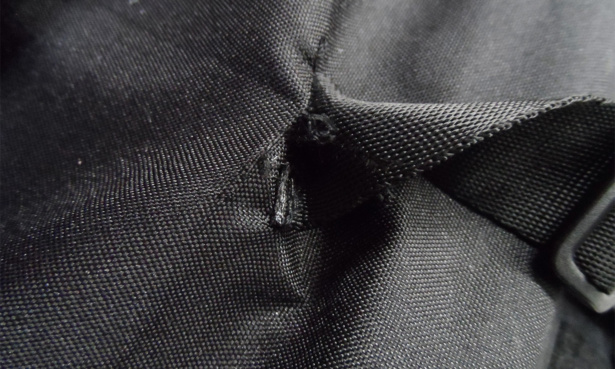 But the damage was hidden from view by the seat cushion, which means it could come loose without a parent noticing. And if it comes away altogether there’s a risk that a child could potentially slip under the waist bar and get stuck around the neck.

When testing the strength of the harness of another pushchair, one side of the buckle broke and could no longer function, which could be a safety risk if a parent then chose to not use the harness and their child fell out of the pushchair. 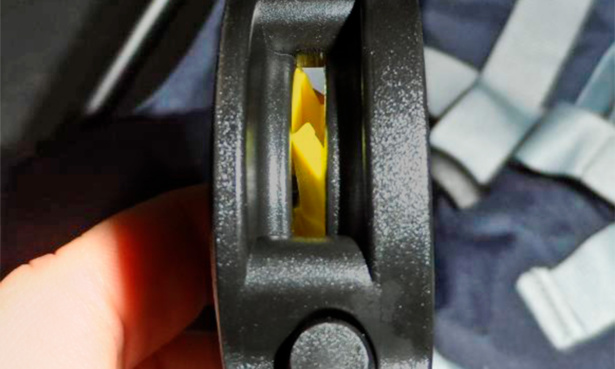 Our pushchair experts search for any entrapment risks, where you or your little one could trap fingers, hands, arms and legs.

In our tests the most common hazard from moving parts is closing the hood.

Back in January we tested a double pushchair and found a risk of finger entrapment with both of the hoods. They close and leave a gap that’s less than 12mm, which can be painful if your fingers get caught. 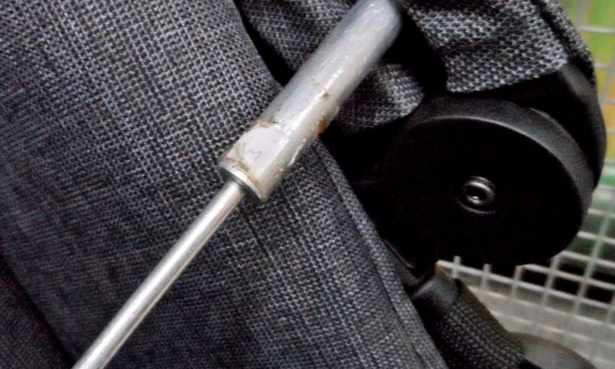 Our safety tests also include seeking out any potential choking hazards, for instance if any foam can be detached from the bumper bar by a child chomping on it. 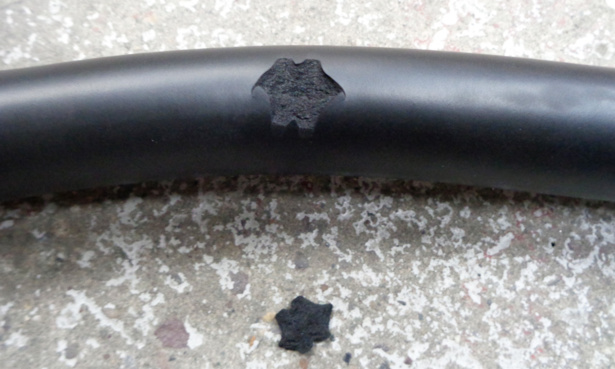 We also found another pushchair that had a small sticker, which could be peeled off the care label on the seat liner by a curious toddler and swallowed. 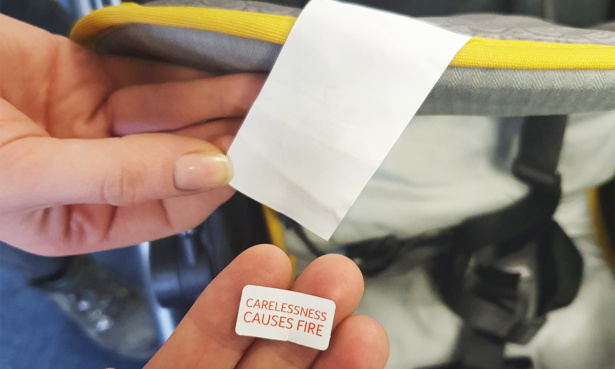 Danger from swivelling wheels and brakes

Our tests show that swivelling wheels can in some cases touch, or even overlap, which could mean that your pushchair suddenly stops when going downhill.

This could be dangerous because you could go crash into top of the pushchair or lose control of it.

It’s a fairly common issue and we’ve seen two pushchairs fail this test over the past six months. 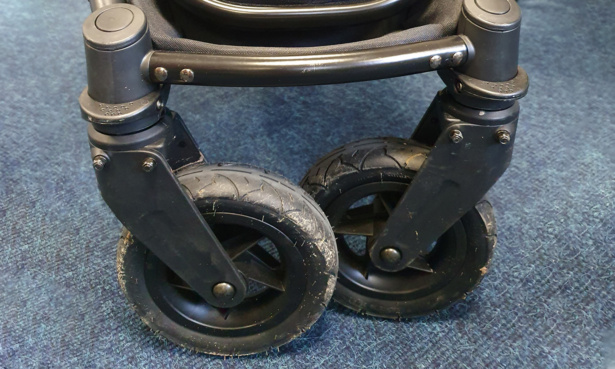 Typically this happens when the pushchair is facing down the slope and the seat is parent facing and reclined.

Three pushchairs we’ve tested over the last six months have had this issue, and in each case we advise caution when pushing these particular buggies down an incline.

Find out more about how you can keep your baby safe in our pushchair safety tips and discover the Best Buys that sailed through our tough tests.