We’ve tested the latest big-name electric and hybrid cars, including the Volkswagen ID.3, Mini Electric and Honda Jazz. This comes as a milestone is reached in the car industry’s continued push away from traditional combustion engines, as one in 10 buyers chose an electrified car last year. We reveal which models are leading the pack in 2021.

Volkswagen’s major push into electric cars began with the launch of its Volkswagen ID.3 hatchback, in late 2020. This model launches VW’s new ID range of electric cars and our independent tests reveal whether it’s worth buying.

The Mini Electric looks set to bring excitement behind the wheel, whereas the Fiat 500 Electric brings cute styling – and will save you around £8,000, compared with the Mini.

The new hybrid-only Honda Jazz aims to be the ideal choice for the more practically minded. We also tested the latest premium electric and plug-in hybrid SUVs from Audi, BMW and Volvo.

The launch of the latest electrified cars from the biggest brands makes 2021 set to continue this surge.

Best cars for 2021 – whether you’re looking for a petrol, diesel, hybrid or electric car, our professional tests and expert drivers reveal the best cars for out on the road.

While 2020 was an unusual year, it was also the year that left no doubt about the future is electrified cars. Despite overall car sales dropping a third compared with the previous year (source: SMMT), demand for electric, hybrid and plug-in hybrid cars almost tripled. One in 10 of all cars sold in 2020 were electrified.

With the impending 2030 ban on new petrol and diesel cars, it’s a question of if, not when, new car buyers will make the switch. Even those who decide against buying a hybrid or electric car this time will almost certainly choose one for their next new car. And for those who don’t yet want to make the change, used petrol and diesel cars will still be around to buy for many years to come.

The good news is manufacturers are making it even easier to make the switch. The all-new hybrid Honda Jazz, for example, doesn’t even need plugging in and so can pretty much be driven like a normal petrol car. We highlight some of the most high-profile electrified cars below. 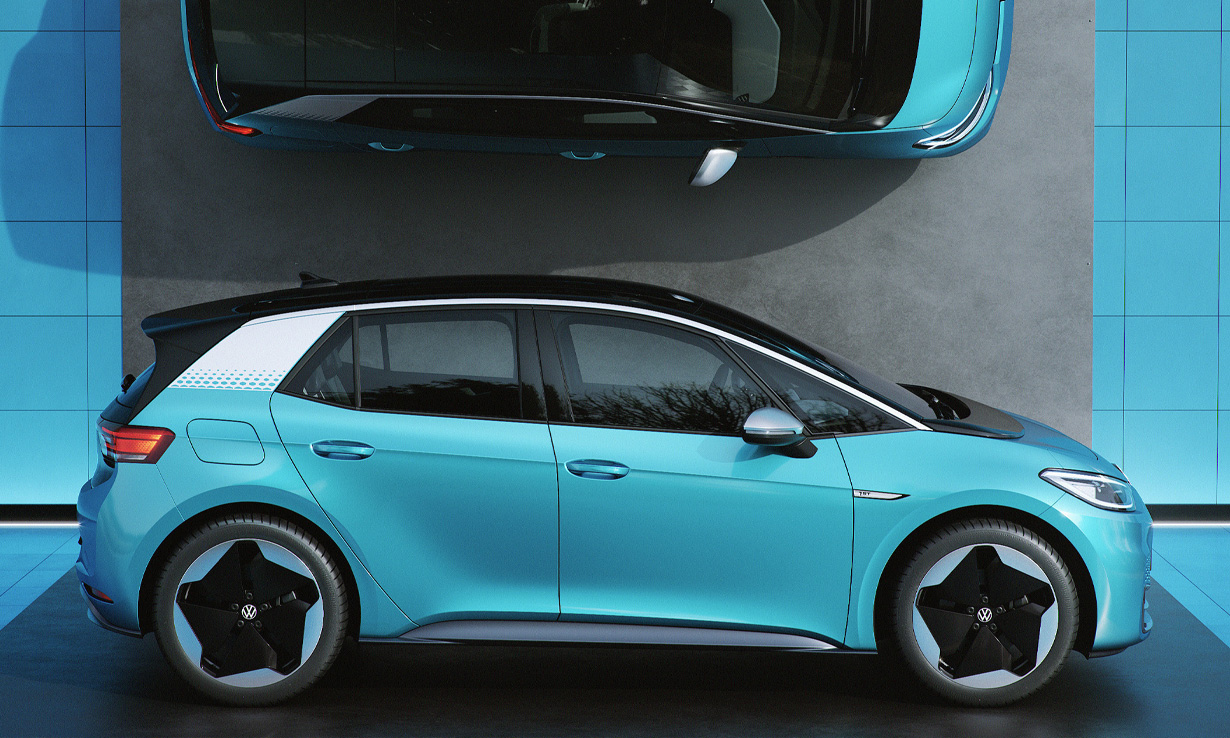 The Volkswagen ID.3 marks the culmination of Volkswagen’s huge push to revitalise its brand for the electrified (and post-Dieselgate) era. Volkswagen describes it as a revolution on the scale of the VW Beetle in the 1930s and the Golf in the 1970s.

The ID.3 replaces the e-Golf as Volkswagen’s premier all-electric five-door hatchback, and its main rival is the Nissan Leaf. Its design is more sporty than the Volkswagen norm. There’s a choice of batteries – a 58kWh or 77kWh, claiming ranges of 263 miles and 336 miles respectively.

Unlike the e-Golf, which was based on the best-selling previous generation VW Golf, the ID.3 has been built from the ground-up as an electric car.

Does it live up to VW’s claims out on the road? And is it great and practical to drive? We reveal all the key answers in our comprehensive Volkswagen ID.3 review. 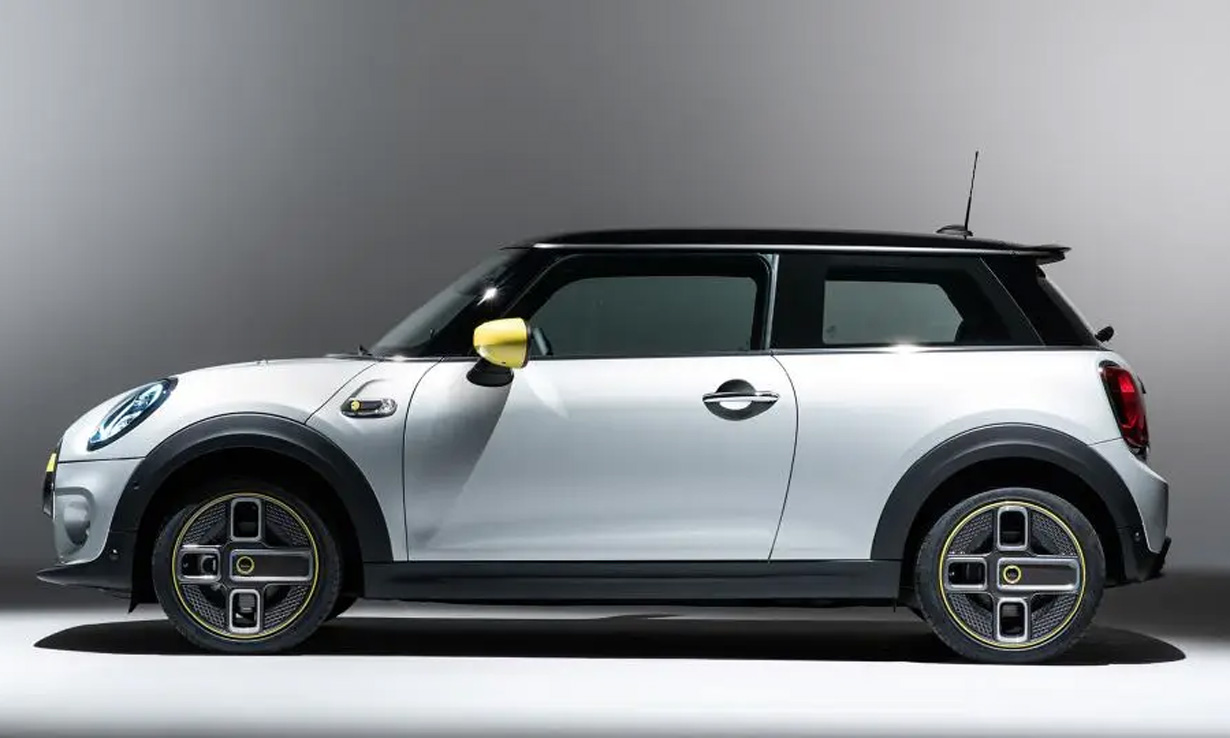 The much-loved Mini is now available as an electric car. Mini promises fun behind the wheel, giving the Mini Electric Cooper S badging for a high performance, sporty drive.

It’s based on the same three-door hatchback body as the conventional Mini Hatch. Its 184hp electric motor claims 0-62mph acceleration in 7.3 seconds, and its top speed is limited to 93mph.

Mini claims its driving range is up to 144 miles per charge, and that 80% of battery can be charged in 35 minutes with a 50kW rapid charger, or 150 minutes using a 11KW charger.

Is it as fun to drive as claimed? And how does it compare to the normal Mini hatch? Find out in our expert Mini Electric review. 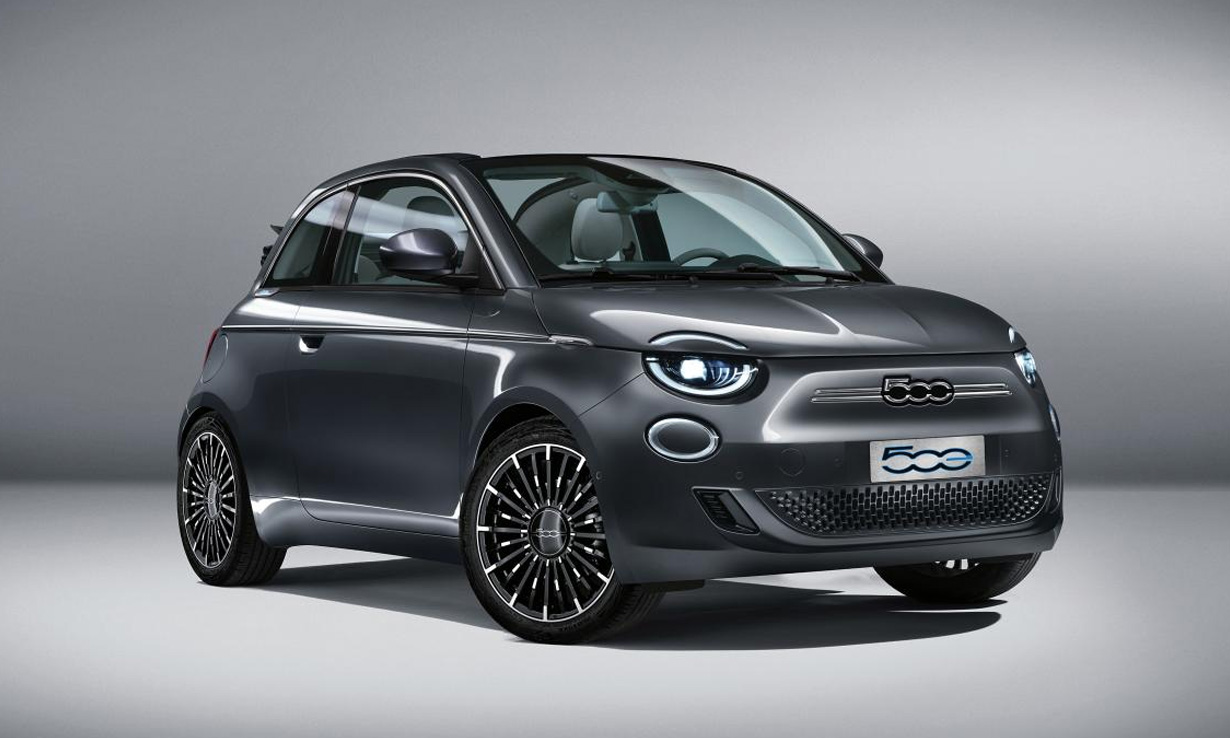 Brand new for 2021, in a sign of the times the latest Fiat 500 is sold exclusively as an electric car.

Driving range and cost are two of the biggest barriers for potential electric car buyers, and the Fiat 500 Electric aims to solve both of these.

Could this be the ideal stylish electric city car for you? Our expert drivers put it through its paces in our first look Fiat 500 Electric review. 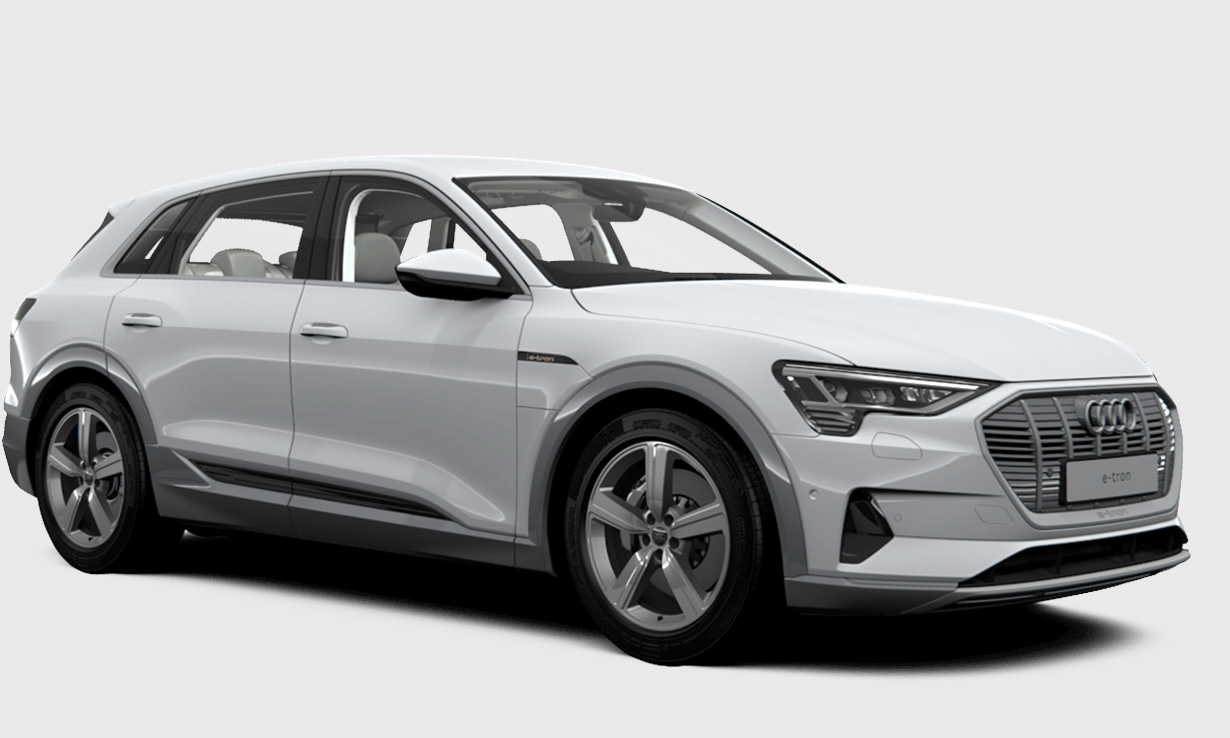 You don’t need to choose between getting an SUV or an electric car – there’s plenty of brands offering both. The Audi E-Tron Sportback is a five-door coupé version of 2019’s Audi E-Tron, which was the first-ever electric vehicle from Audi.

Just like the regular E-Tron, it’s a fully electric full-size SUV; but with sportier styling. There’s a choice of a 71kWh or 95kWh battery pack, promising a respective 216-mile or 277-mile driving range.

Looking for a truly stylish electric car? Is there a compromise on practicality or is this your dream car? Find out in our definitive Audi E-Tron Sportback review. 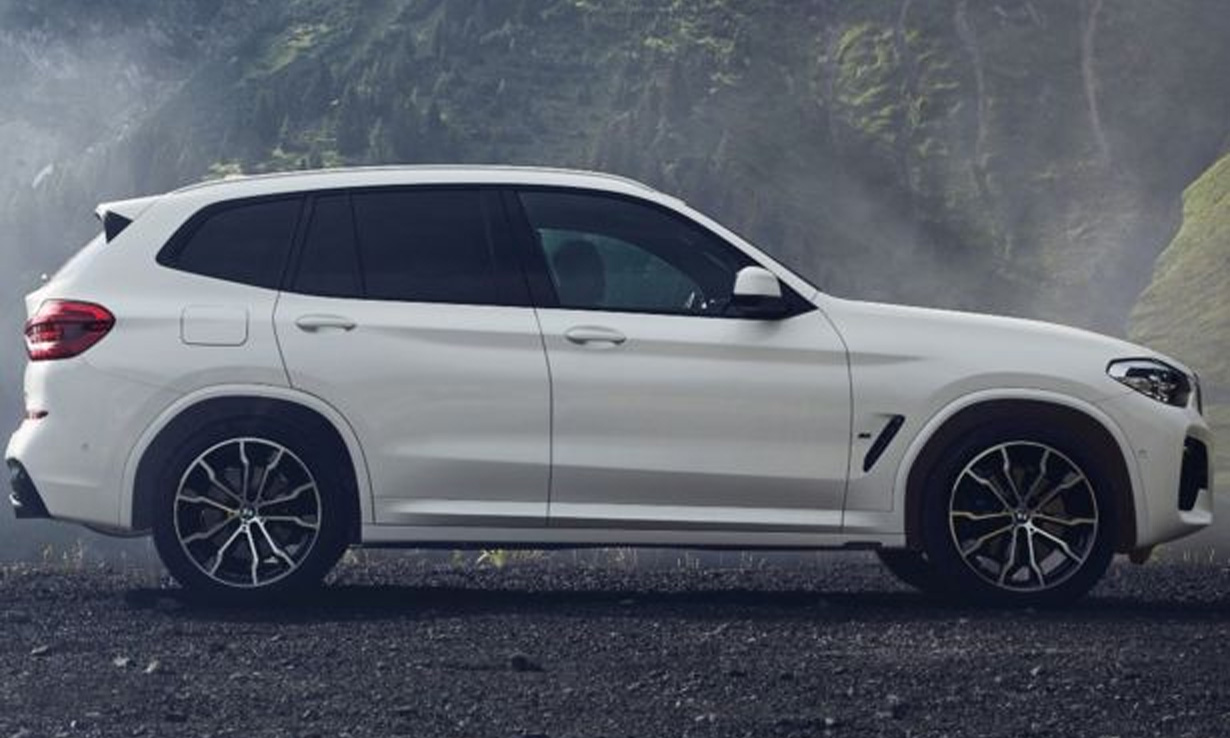 Looking for an alternative to a conventional petrol- or diesel-powered SUV? BMW has released a plug-in hybrid version of its X3 mid-size SUV.

The X3 Plug-in Hybrid combines a petrol and electric engine, with BMW claiming it can drive in all-electric mode for up to 34 miles. It makes some exceptional fuel economy claims too, of up to 128.4mpg.

Our professional tests uncover whether it can actually match that out on the road. Find out more in our expert BMW X3 Plug-in Hybrid review. 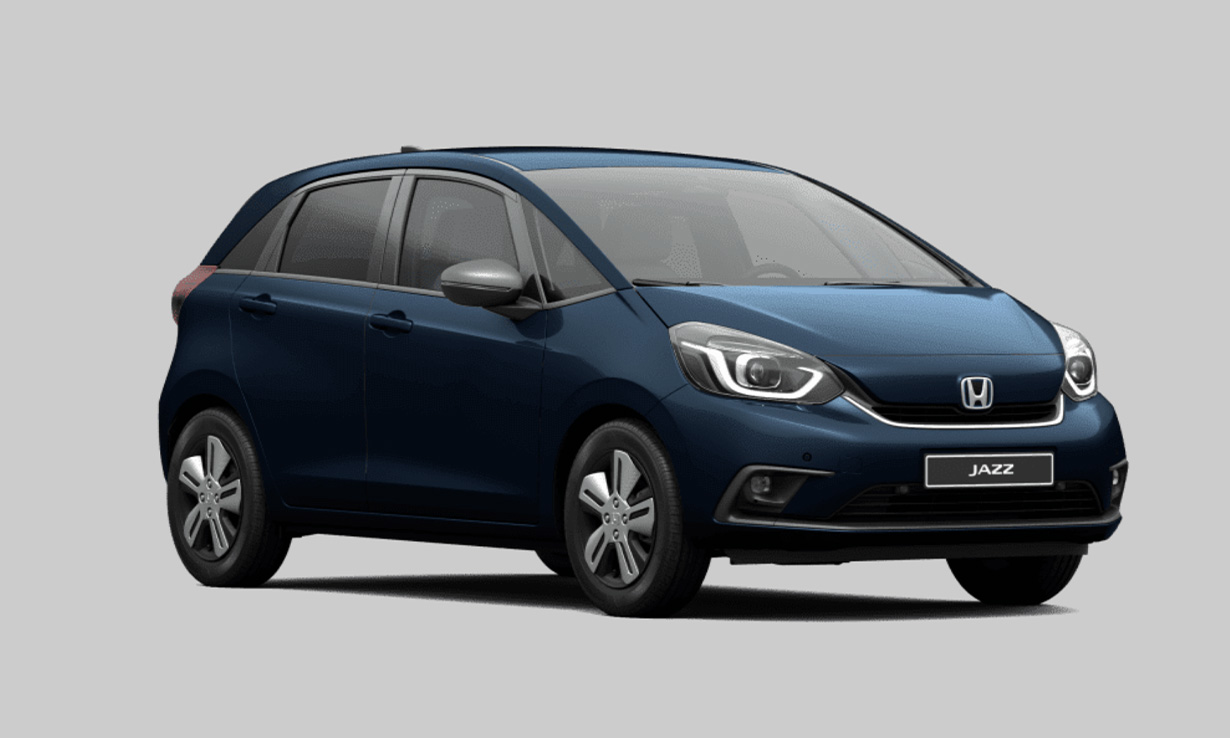 The fourth-generation Honda Jazz marks a landmark – for the first time, Honda is offering it as a hybrid-only model.

The new Jazz is what is widely known as a ‘self-charging’ hybrid, meaning its batteries are charged while you drive, and you don’t need to plug it in.

It combines a 1.5-litre petrol engine with two electric motors for a maximum power output of 109hp. It’s available as a five-door hatchback or an SUV-style crossover version called the Honda Jazz Crosstar.

Is this the smart way to choose an electrified car in 2021? Find out if it has the fuel economy, safety and great drive to make it a Which? Best Buy – see our independent Honda Jazz review. 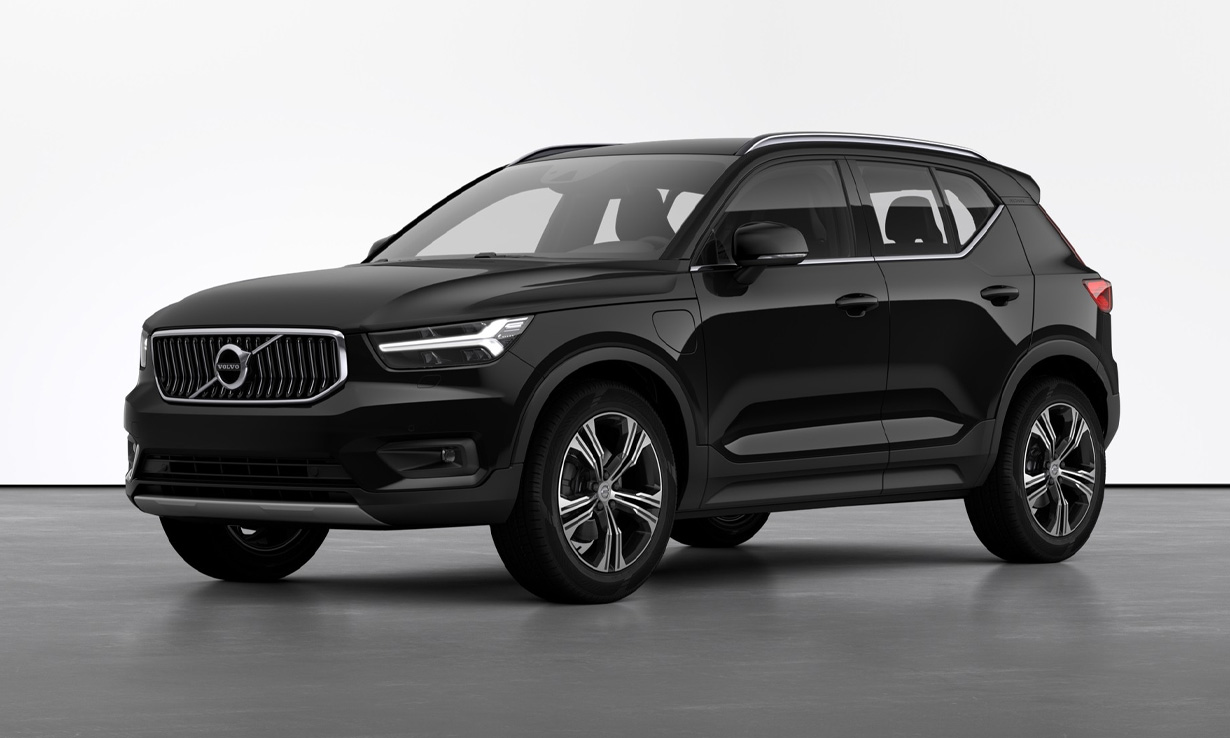 This plug-in hybrid promises improved fuel economy over the regular Volvo XC40, as well as faster acceleration. The 261hp power output is slightly higher than the most powerful petrol-powered model. Volvo claims it can drive for up to 28 miles on electric power alone.

Is this the ideal luxury SUV for you? We reveal if it’s an all-round great package in our expert Volvo XC40 Plug-in hybrid review.