The number of mortgage deals on the market has reached the highest level seen since the start of the COVID-19 outbreak.

This news will be music to the ears of home buyers, many of whom have struggled to contend with high rates and disappearing deals in recent months.

Here, Which? explains what’s happening to the market and analyses whether it really is becoming easier to get a mortgage.

Mortgage deal numbers on the rise

New data from Moneyfacts shows mortgage availability has improved for the fourth consecutive month, handing a boost to home buyers and remortgagers.

The 3,215 deals currently on the market is the highest recorded since last March, when a whopping 5,222 mortgages were available.

Since October, the number of mortgages on offer has risen by 42%, with low-deposit 90% deals leading the recent charge.

What has this meant for rates?

The good news is that the speed of rises is slowing down, meaning lower rates could be around the corner.

Eleanor Williams of Moneyfacts says: ‘At 2.53%, the two-year fixed overall average rate is now 0.11% higher year-on-year, while the five-year equivalent at 2.73% is equal to where it sat in February 2020.

‘While these rates have risen again, the increases are of just 0.01% and 0.02% this month, which may be a sign of the start of some stability in the market.’

The good news for buyers and remortgagers is that the best mortgage rates are very low for people with bigger deposits or significant equity in their homes.

These deals are only slightly more expensive than the best rates recorded before the pandemic, but there is one drawback.

As you can see in the table below, the cheapest deals now come with high up-front fees of up to £1,499.

It’s also notable that the gap in cost between the cheapest two-year fix and the cheapest five-year fix is 0.37% – considerably more than the 0.15% recorded at 60% LTV.

First-time buyers have been hardest hit by the COVID-19 mortgage cull, but 90% mortgages have enjoyed something of a resurgence of late.

The bad news is that rates remain high, with the cheapest two-year fix around 1.5% higher than before the pandemic.

You can find out the best rates currently available for first-time buyers in our story from earlier this week on 90% mortgages.

Before the onset of COVID-19, the average shelf-life of a mortgage deal was 56 days.

This decreased significantly over the course of 2020, falling to 30 days by July and 28 days by the end of the year, as banks grappled with resourcing issues and high demand.

There are signs, however, that mortgages are now staying on the market for longer, with an average of 40 days recorded this month.

Eleanor Williams of Moneyfacts says: ‘After three months at a record low of 28 days, the longer shelf life of mortgages is giving borrowers a much better chance of securing their chosen deal before it is withdrawn.’ 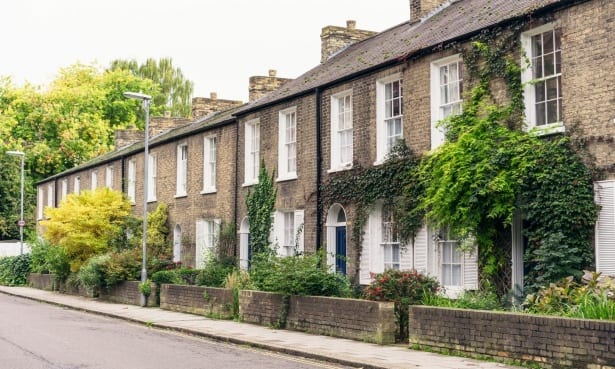 Are banks making it easier to get a mortgage?

Greater availability and deals lasting longer is good news for borrowers, but it remains a complicated time to get a mortgage.

On the plus side, lenders are starting to ease the tough rules they brought in during 2020.

For example, Barclays reinstated its maximum ‘loan to income’ multiple of 5.5 times for borrowers with earnings over £75,000 (£100,000 for couples) earlier this week.

This came after Nationwide brought back its maximum 40-year mortgage term for first-time buyers in January.

On the other hand, there are still some stumbling blocks.

Many banks remain reluctant to offer such long-term deals, and as discussed earlier, you might need to pay a higher up-front fee than before if you want to secure the best rate.

With this in mind, it may make sense to take advice from a whole-of-market mortgage broker about your options before applying for a mortgage.

Find out more: the best and worst mortgage lenders