There was a tie-break situation in the race to be named cheapest supermarket of January 2021, with Aldi and Lidl charging exactly the same price for a basket of 19 items.

On average, shoppers last month would have paid £18.45 at both discounters for our shopping list, which included semi-skimmed milk, free-range eggs and Hovis wholemeal bread.

But when we compared the mainstream supermarkets based on a bigger trolley of 87 items, there was a massive £22 difference between the most expensive grocer and the cheapest one. Read on to find out where shoppers paid over the odds.

Supermarkets compared: where can you buy the cheapest groceries?

Every day in January we checked the prices of 19 food, drink and household items at every major UK supermarket. Our basket consisted of a combination of own-label and branded products. 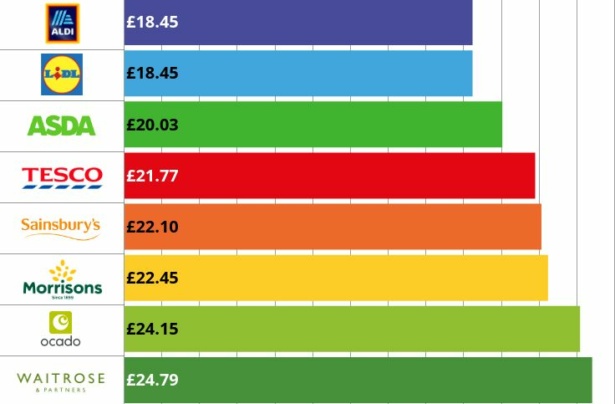 How do bigger supermarkets stack up?

We also compared a fuller trolley of 87 items, comprising the original 19 and 68 more. This included a greater selection of branded items, such as Branston baked beans and Andrex toilet tissue, which aren’t typically available at all times from the discounters – hence Aldi and Lidl not appearing in this chart.

Asda, at £160.08, was the cheapest of the month for our trolley of groceries – charging £9 less than its nearest rival Sainsbury’s (£169.40). In fact Asda has now been the cheapest mainstream (non-discounter) supermarket for over a year, having claimed the title every month since January 2020 according to our analysis.

Ocado was the most expensive of the bunch in January, costing a hefty £22.19 more than Asda for the same items. High-end Waitrose was also a pricey prospect at £181.66 on average.

Our trolley of groceries changes slightly each month, as items have to be available at every retailer for us to include them.

For January, we tracked the prices of 19 items at the UK’s biggest supermarkets including the discounters. For our larger trolley analysis, which includes all supermarkets apart from Aldi and Lidl, we added a further 68.

Our shopping lists combined branded items, such as Nutella hazelnut chocolate spread and Yorkshire Tea, with own-label products, including lettuce, pasta and milk.

Of course, own-brand items aren’t exactly the same at different supermarkets, but we’ve used experts to ensure that the products are as comparable as possible, based on a range of factors, including weight, quality and other industry data.

The demand for fruit and veg 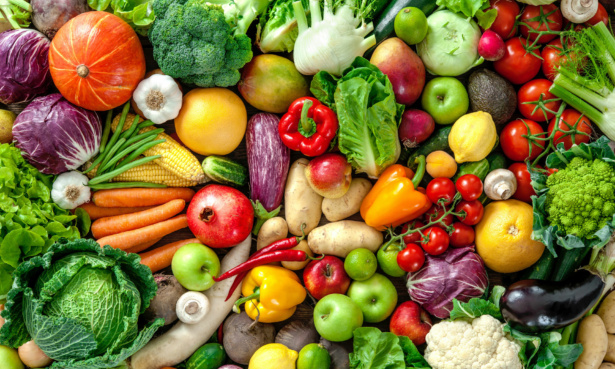 According to Tesco‘s latest sales data, the demand for fruit and vegetables since lockdown in March 2020 is the biggest it’s been this century.

The UK’s largest supermarket suspects this is due to the return to cooking at home from scratch, combined with an increase in the number of people following plant-based diets.

Since the first lockdown in March 2020, Tesco has seen the following increases against the previous year:

Demand for herbs and spices has soared by more than 25% too, as more of us pick up our recipe books and cook from scratch.