The online mortgage broker Habito is set to release the longest-ever fixed-rate mortgage, allowing homebuyers to lock in their rate for up to 40 years.

The new ‘Habito One’ range will enable borrowers to pay a set interest rate for their full mortgage term, eliminating the need to remortgage every two or five years.

Here, we explain how the new deals will work and analyse whether the mortgages’ rates make it worth locking in.

What is Habito One?

Next Monday (15 March), Habito will launch its new ‘Habito One’ range, which it claims will ‘permanently and profoundly alter the landscape of Britain’s mortgages’.

The new deals will allow first-time buyers, home movers and remortgagers to fix their rate for the full term of their mortgage, which can be anything between 10 and 40 years.

Currently, borrowers most commonly fix for either two or five years and remortgage at the end of their fixed term. Some 10-year and 15-year year fixes are available, but these deals are pretty rare.

Habito claims the ‘continual cycle of remortgaging’ every two or five years can cost around £1,000 each time, and says its new range will instead offer ‘full control over monthly budgeting forever’.

Habito One: how the fees and charges work

The thought of locking in your mortgage rate for decades might sound like a huge risk, but Habito is seeking to address this by allowing borrowers to switch deals whenever they like without paying early repayment charges (ERCs).

ERCs are traditionally the biggest drawback of long-term fixes. They’re charged when you settle your mortgage early, either by paying it off or, more commonly, by moving home and switching to a new deal.

ERCs are usually charged on a sliding scale, so if you take out a five-year fixed-rate mortgage, you might need to pay 5% of the balance if you exit the mortgage in year one, 4% in year two, 3% in year three, and so on.

Habito says it won’t charge ERCs on any of its new deals, allowing borrowers complete flexibility to switch to other providers if they choose to. Switchers may still need to pay valuation and legal fees.

How do Habito’s rates compare?

The rate you’ll pay depends on the LTV you borrow at, and the period you choose to fix for. All mortgages come with an up-front fee of £1,995.

As these mortgages allow borrowers to fix for much longer than any existing deals, it’s difficult to compare rates like-for-like, but we have analysed three popular LTV levels below.

These rates are considerably more expensive than the competition. Barclays and Nationwide offer 10-year fixes with rates of 1.99% and fees of £999. Virgin offers a 15-year fix with a rate of 2.55% and a fee of £995.

The big advantage of Habito’s deals is that all of these lenders charge significant ERCs. Barclays charges 5%, Nationwide charges on a sliding scale from 6% to 1%, while Virgin charges on a scale of 8% to 1%.

Again, there’s a significant gap in cost between Habito’s rates and those available elsewhere. 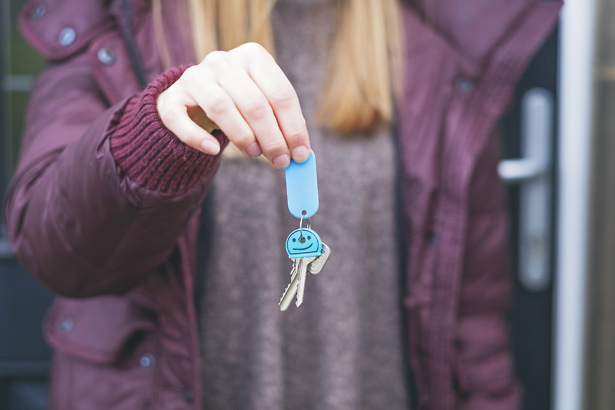 Should you apply for a Habito mortgage?

Habito’s mortgages are certainly innovative, with no other lender currently offering a fixed term of more than 15 years – but they do have their pros and cons.

The deals offer unprecedented certainty and flexibility: you’re taking out a mortgage knowing your payments will stay the same for the whole term regardless of interest rates in the wider market or economic uncertainty, and if you want to switch deals you’ll be able to do so without paying thousands of pounds in early repayment charges.

This freedom to switch deals is a major plus point, as rather than waiting for the end of your two or five-year term, you’ll be able to change product or provider whenever you want.

On the other hand, these mortgages are expensive, and this cost is a significant drawback. The flat fee of £1,995 is double that of most market-leading mortgages, and while it’s difficult to compare directly, the rates on offer look high on paper.

Without a crystal ball, it’s impossible to tell whether these deals will stand the test of time or become more commonplace – it’s hard enough to say what will happen next year, let alone in 40 years.

That said, there’s little doubt that Habito’s new range does offer a genuine alternative to mass-market two and five-year fixes, with the safety net of knowing you can escape if you find a better offer elsewhere.

Which? advice on getting a mortgage

If you’re looking to get a mortgage and don’t know where to begin, we’re here to help.

Our comprehensive mortgage guides provide advice on everything from saving for a deposit to finding the best deal and applying for a mortgage.

If you’re already a homeowner, you can find advice on switching deals in our guides on remortgaging to get a cheaper deal or to release equity.