Lidl was the cheapest supermarket in February, according to the latest monthly analysis from Which?.

We compared prices for a trolley of 19 items. On average, shoppers would have paid £19.13 at Lidl, which narrowly beat rival discounter Aldi by just 25p.

Meanwhile, one mainstream supermarket was over £8 more expensive than Lidl for the same trolley of groceries.

Here, we reveal the month’s priciest as well as cheapest supermarkets and test whether Sainsbury’s is really living up to its promise to price-match Aldi.

Every day throughout February we checked the prices of 19 items, including own-brand products such as apples, eggs and tomatoes, as well as branded goods such as Hovis wholemeal bread, to see how UK supermarkets compared.

Here’s how much our trolley cost, on average: 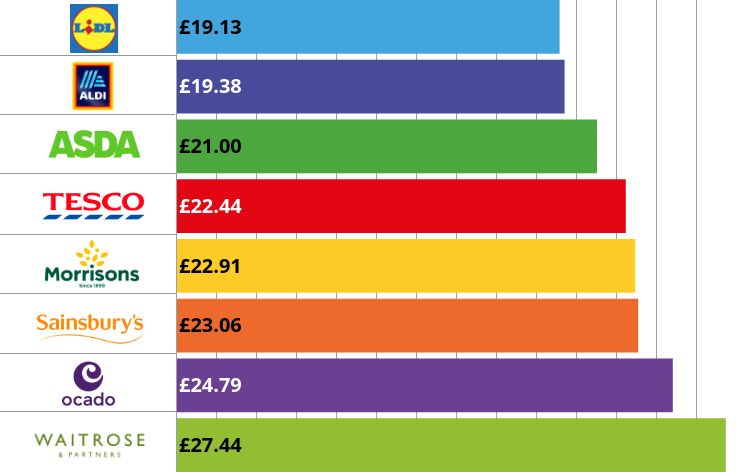 Lidl came out cheapest overall at just £19.13. Asda was the cheapest ‘big four’ supermarket, with our trolley rolling in at £21 exactly. At the other end of the scale, upmarket Waitrose was over £8 more expensive than Lidl, at £27.44 – that’s 43% more.

Groceries with some of the biggest price differences included a popular tea brand, where there was a £1.51 difference between Lidl and Waitrose, and own-label large free-range eggs, which had a difference of £1.15.

Of course, price is just one factor when you’re deciding which supermarket to shop at. We also survey shoppers about quality, customer service, store experience, online deliveries and a range of other factors to reveal the best and worst supermarkets each year.

We also compared a shopping trolley packed with 85 items (the original 19, plus 66 more). This included a greater selection of branded items, such as Branston baked beans and Kleenex tissues, that aren’t always available in the discounter supermarkets – so for our super-sized trolley we haven’t been able to include Aldi or Lidl. 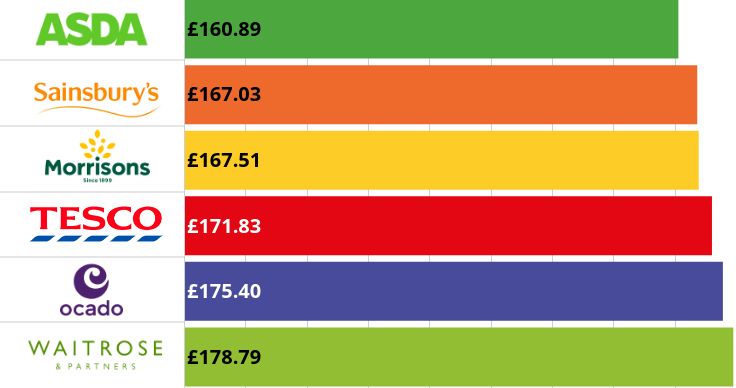 Asda, at £160.89, was by far the cheapest of the traditional supermarkets. It was a huge £17.90 cheaper than the most expensive supermarket, Waitrose.

Grocery prices at Sainsbury’s, Morrisons and Tesco were similar, with just over £4 separating the three supermarkets.

We can’t compare exactly the same items each month because products aren’t always available at every retailer, but Asda has been the cheapest mainstream (non-discounter) supermarket for more than a year, having claimed the title every month since January 2020, according to our analysis. You can shop with it online at asda.com.

Sainsbury’s price-matching Aldi: does it stack up? 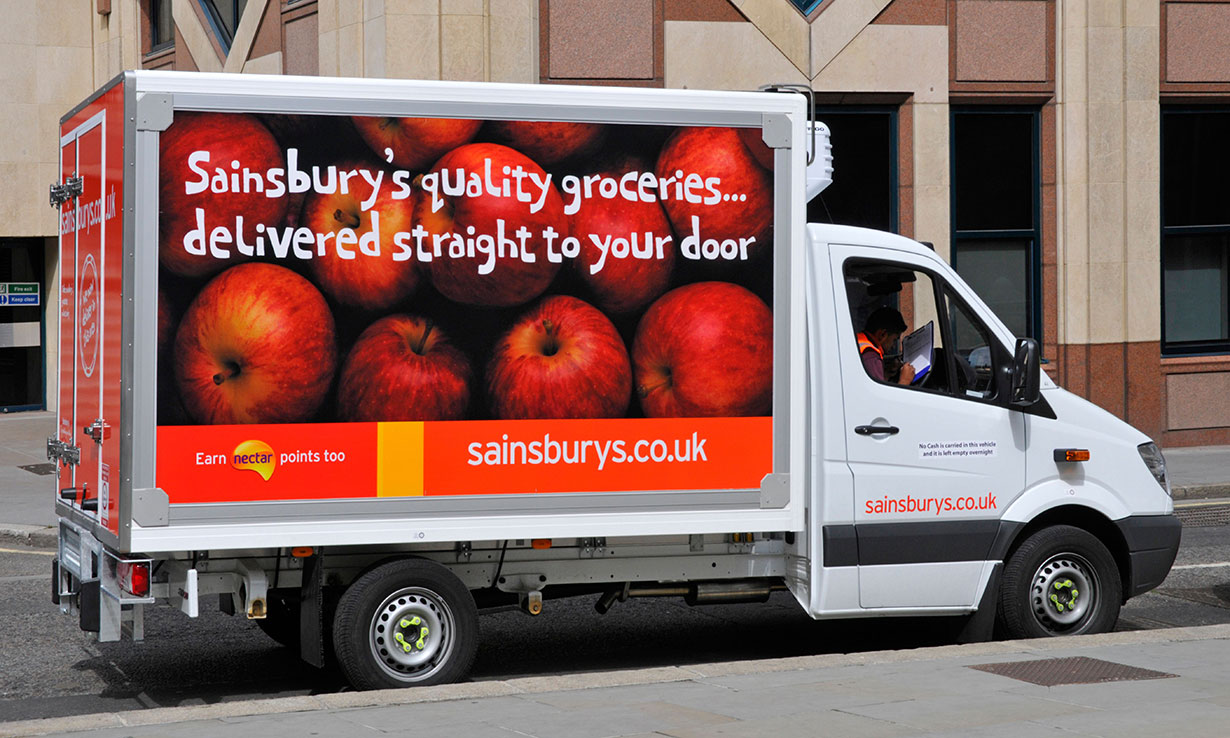 Sainsbury’s announced in early February that it was price-matching Aldi on more than 200 own-label and branded products in its larger stores.

Sainsbury’s came out £3.68 more expensive than Aldi for our small trolley of 19 grocery items in February – although, it’s worth noting that Sainsbury’s price-match scheme wasn’t announced until the second week of February.

Of the 19 items in our trolley, Sainsbury’s offered the same average price as Aldi for five of them. The rest were more expensive than Aldi, on average, with the biggest difference for own-brand apples, where Sainsbury’s was on average 56p more expensive.

Tesco got closer to Aldi, with a trolley price difference of £3.06, but still couldn’t fully match the discounter.

We tracked the prices of 19 items at the UK’s six biggest supermarkets throughout February. For our larger trolley analysis we added a further 66 items for all supermarkets apart from Aldi and Lidl, where the products were unavailable.

Using an independent price comparison website, we calculated the average price (including special offers, but not multibuys) for each item throughout the month. We added those individual averages together to give an overall price for the trolley at each shop for the month.

Our shopping list combined branded items, such as Kenco Millicano coffee, Oxo stock cubes and Twinings English breakfast tea, with own-label products including onions, tomatoes and milk. Of course, own-brand items aren’t exactly the same at different supermarkets, but we’ve used experts to ensure that the products are as comparable as possible based on a range of factors, including weight, quality and other industry data.