Many of us are considering the switch from a diesel or petrol car, but what’s the best option? This month we’ve tested cars of every fuel type, from fully electric to traditional fuel models, via self-charging and plug-in hybrids – and even an unusual petrol-gas bi-fuel crossover.

Fully-electric cars are still expensive and charging networks aren’t always good enough. So its no surprise that hybrids, with their familiar fuel tanks to provide a back up if you run short on electric power, are extremely popular.

We’ve summarised the key features of the latest hybrid and electric cars we’ve tested alongside petrol or diesel alternatives, including the budget Dacia Sandero, the UK’s cheapest new car, and diesel hot-hatch the Volkswagen Golf GTD. Click through to our full reviews to get the detailed low-down and find out which cars are Best Buys.

There are several types of hybrid to choose from, including:

Not sure which type is best for you? Read about the pros and cons of each in our guide to the best hybrid cars. 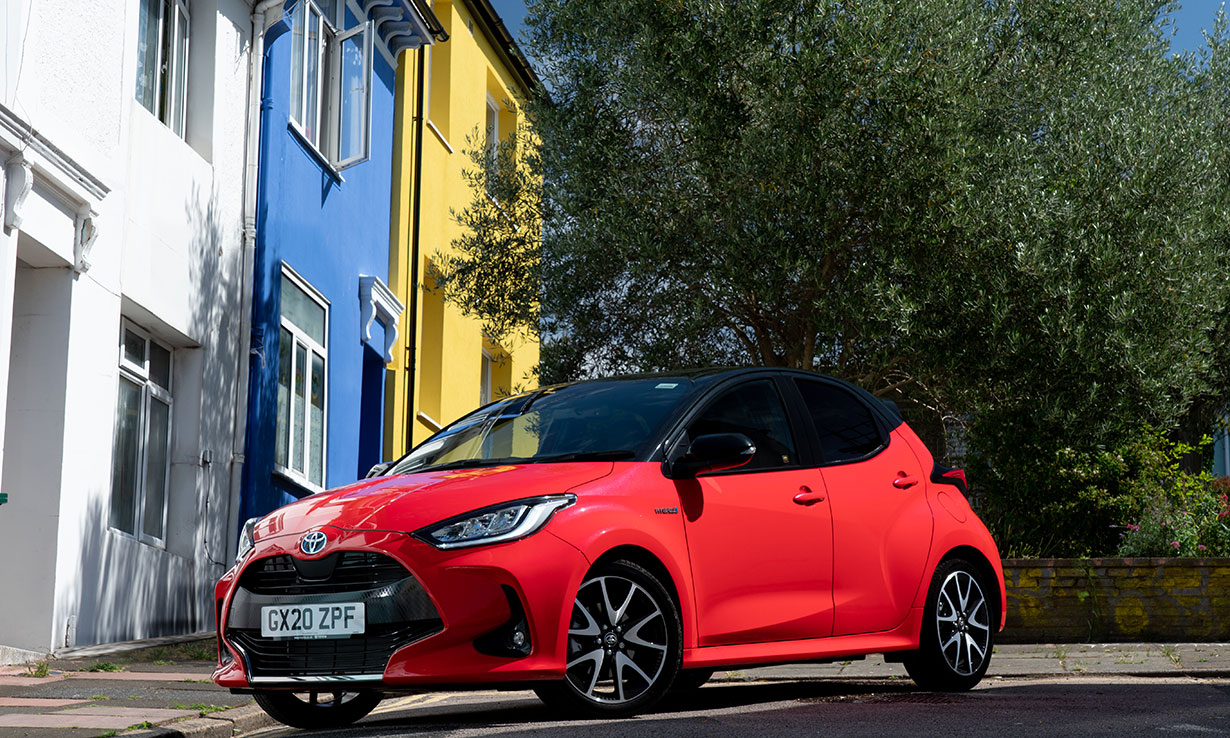 The fourth-generation Toyota Yaris launched in summer last year. It’s only available as a petrol hybrid (though there’s also a petrol-only performance-focused variant, the GR Yaris).

Toyota is a specialist in what it calls ‘self-driving’ hybrids, which aim for impressive fuel economy by charging the battery while driving, including on braking, without the faff of having to plug it in.

Toyota makes some impressive fuel economy and emissions claims for the Yaris, saying it’ll average between 57.6mpg and 68.8mpg depending on the trim level you choose.

But does it really deliver? We reveal if a self-charging hybrid could be the way to go in our Toyota Yaris review. 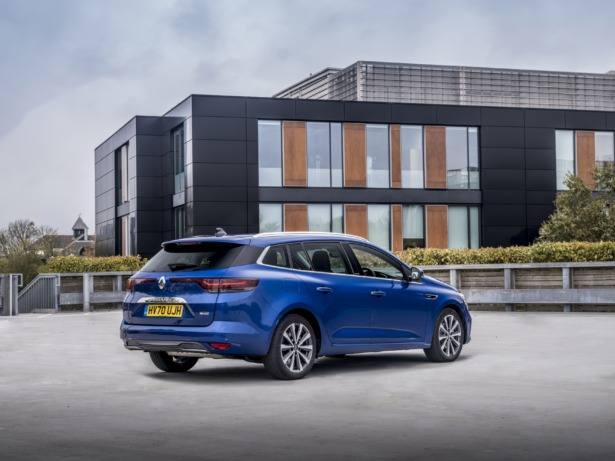 It’s only available with an automatic transmission, but its entry level trim is well-equipped. Alloy wheels, dual-zone climate control, DAB, Bluetooth connectivity, keyless entry, a seven-inch touchscreen infotainment system, parking sensors and a rear-view camera are just some of the features on offer as standard.

For those ready to make the jump to fully-electric, there are plenty of cars to choose from too; Tesla no longer rules the roost. We’ve reviewed two mid-priced electric compact crossovers, the Mazda MX-30 and Vauxhall Mokka-e, to see which delivers the goods.

Tempted to go electric but want to know more first? Take a look at our guide to the best electric cars, or read our electric car charging guide. 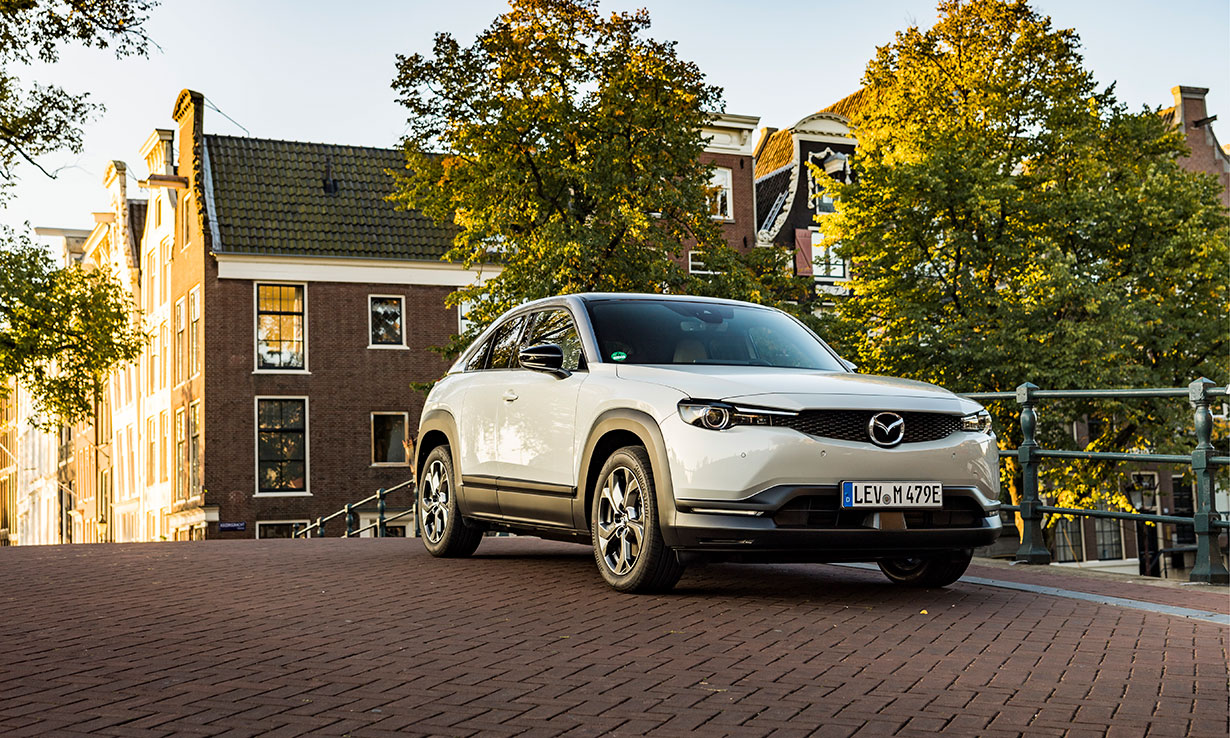 With crossover SUVs continuing to be all the rage, all-electric versions are now launching. The MX-30 marks a radical departure from Mazda’s conventionally-powered roots, but aims to retain Mazda’s trademark ‘Zoom Zoom’ spirit.

Mazda’s ‘MX’ prefix has traditionally been reserved for its sports cars, including the famous Mazda MX-5, so there’s high hopes the MX-30 lives up to their reputation for performance.

This does mean less weight, though, and Mazda says this choice helps the car emit as little CO2 as possible over its full lifecycle. A range-extender version is also coming in 2021, using a small petrol engine to recharge the battery while driving.

Does it live up to the high hopes, moving Mazda into the electric age? We couldn’t wait to find out in our Mazda MX-30 review. 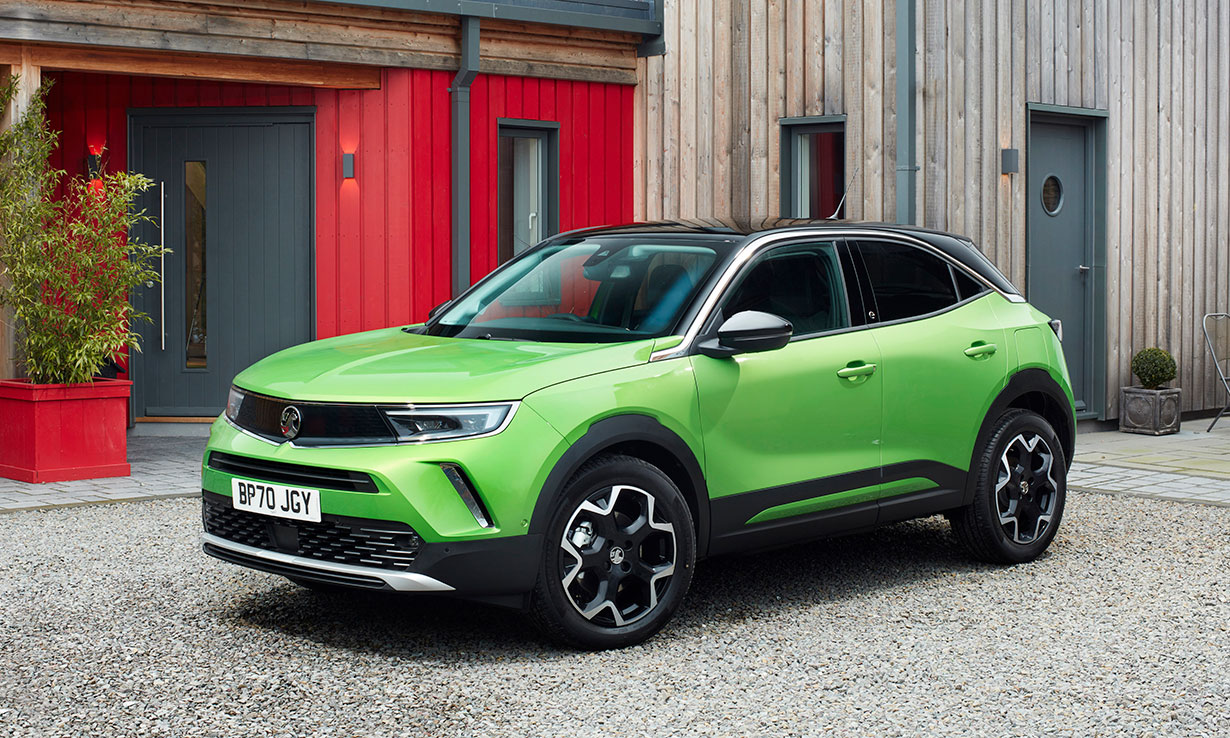 Vauxhall is going all-out in its electric assault, with the Mokka the latest in its lineup to get the treatment – our car experts have had a First Look at it in advance of our full test-lab review.

It’s the most important electric model in Vauxhall’s range yet, with small crossover SUVs now a clear favourite among family car buyers.

This all-new generation sees sharp new exterior styling and vibrant colours, and offers 136hp, with a 50kWh battery pack claiming to give a solid range of 201 miles.

But does the Mokka-e really stand out for the right reasons? Our experts give their initial impressions in our First Drive Vauxhall Mokka-e review.

Petrol and diesel cars on test

We’ve put some of the latest conventionally-fuelled cars through their paces, including the Renault Megane, the latest Dacia Sandero – the UK’s cheapest new car – and its crossover variant the Sandero Stepway. Both Sanderos also have unusual bi-fuel versions to consider.

And finally, if regular motorway driving means you’re still a diesel fan, take a look at our verdict on the all-new Golf GTD diesel hot hatch. 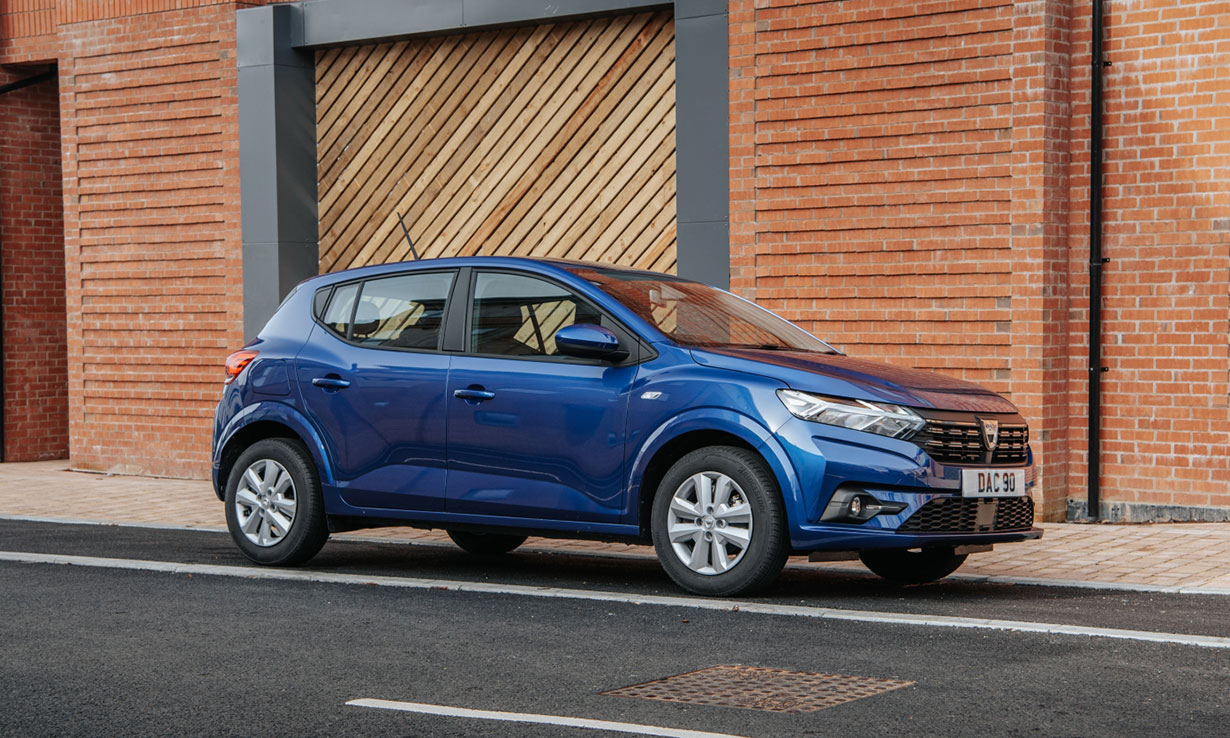 The Dacia Sandero’s call to fame may be that it’s the cheapest new car to buy, but with a new fuel combination as its secret weapon and a host of upgrades, the all-new 2021 version aims to make rival Skodas look like daylight robbery rather than bargains.

You’d hardly believe the price from the flashy new looks and upgraded interior. Those on not-too-tight a budget can happily consider the Comfort trim for enhanced onboard tech, including an eight-inch touchscreen. It’s the top-end trim but still only costs £11,595, well below rival cars such as the entry-level £15,673 Ford Fiesta.

The bi-fuel option purports to save you even more by reducing running costs. It combines a 1.0-litre three-cylinder engine with two separate fuel tanks, as the car can run on both petrol and LPG (liquefied petroleum gas). LPG is about half the cost of petrol, promising a big return over time.

Unfortunately though, the car’s Euro NCAP safety rating lets the side down. If you have a crash, the car does a good job at protecting its occupants. However, new cars also have active safety equipment aiming to prevent or mitigate accidents, and this is where the Sandero comes up short. 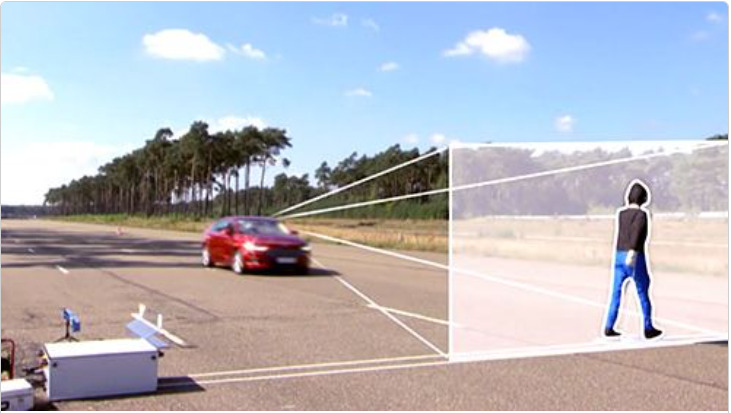 This is a real shame, and means that, despite the promise, the Sandero and Sandero Stepway (its crossover variant) will be Don’t Buy cars when they come back from our test lab. 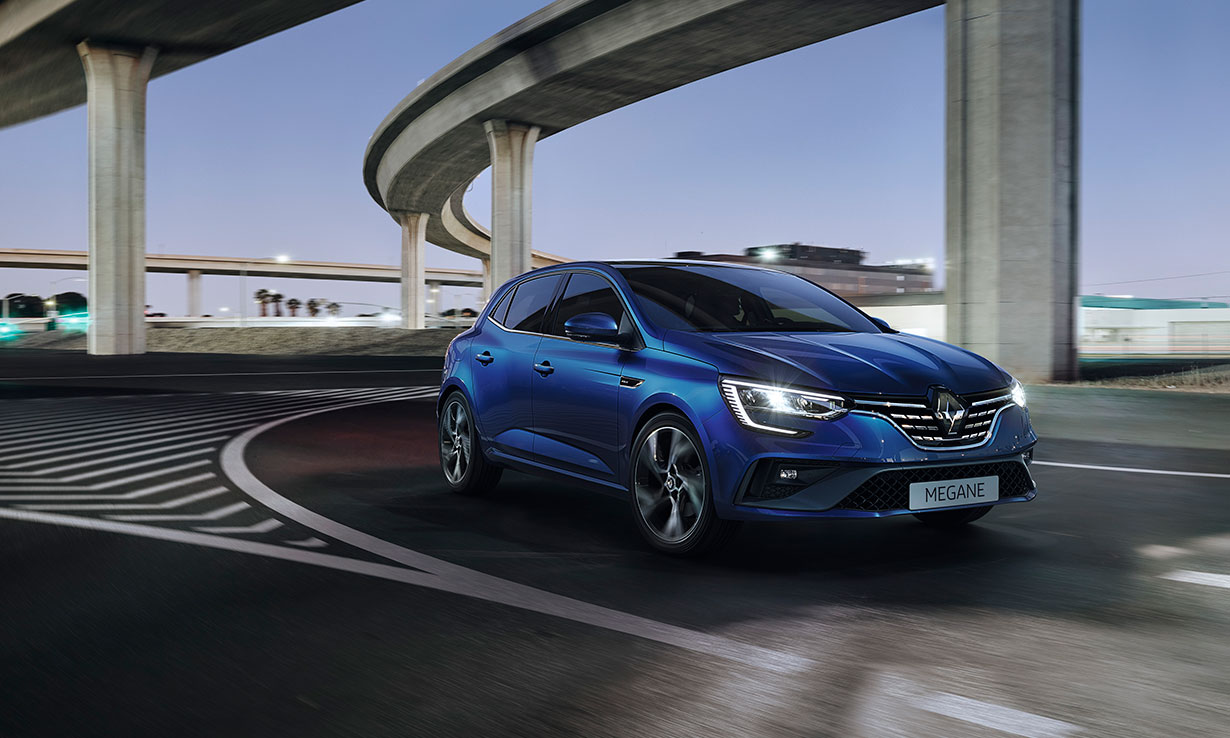 In 2020 Renault gave its stylish fourth-generation Megane, first launched in 2016, a fresh facelift, with parking sensors and a rear-view camera now coming as standard across the range.

Not only is there a choice of a petrol or diesel engine, but a plug-in hybrid option is coming later this year as well.

Our experts give the definitive verdict in our Renault Megane review. For more performance, consider the Megane RS hot hatch (reviewed separately). 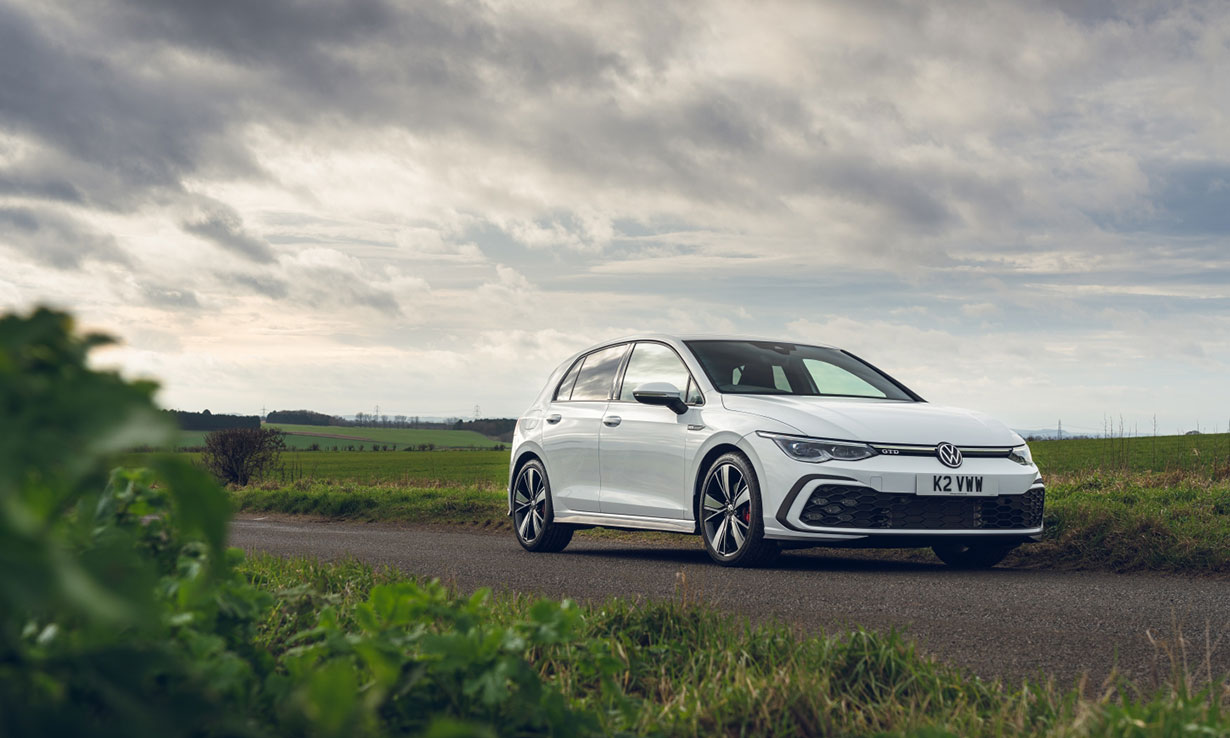 The Volkswagen Golf is so popular it’s now more of a fleet of models than a single car. Even fans of its high-performance guises are spoilt for choice, with the petrol-powered GTI, hybrid GTE and now this diesel hot hatch.

The GTD offers an eye-popping 200hp of power, while also promising reasonable fuel economy of 54.3mpg – that should make it a great choice for motorway drivers, provided it lives up to the claim.

Our tests show the best new diesels have impressively low emissions – but is this one of them? Our professionals put it to the test in our Volkswagen Golf GTD review.