When it comes to buying a desktop, you want a machine that's built to last. Our survey uncovers the best and most reliable desktop PC brands, based on feedback from real owners.

We survey thousands of Which? members every year to find out which desktop PC brands genuine customers would recommend. Table-topping brands won't let you down, but even some big-name brands can be plagued by faults and poor reliability.

The latest figures show that the most common desktop PC faults include frozen screens, dodgy disc drawers and spontaneous reboots.

You can easily spend several hundred pounds on a new PC. For that kind of money, you want to know that you're buying from a brand that won't let you down within a few short years. Keep scrolling to see how the likes of Apple, Dell and Lenovo faired in our most recent computing reliability survey.

Below, we've rounded up the results of our reliability survey for each big-name desktop PC brand.

Only logged-in Which? members can view our exclusive reliability ratings in the table below. If you're not yet a member, join Which? to get instant access.

Thanks to feedback from Which? members, we're able to highlight the common issues affecting desktop PC owners.

Of the total faults reported in this year's reliability survey, these were the most common that were cited:

If you're dealing with a PC that won't boot up, check the wiring leading into the back of the machine. After all, you don't want to spend big on a new PC just to find out a broken power cable was to blame. Otherwise, you might want to try starting it up in safe mode. Keep tapping the F8 key as soon as you switch the computer on to access it. With safe mode enabled, you'll be able to run a diagnostic scan to hopefully find the cause of the problem.

We've also seen plenty of reports of broken hard drives. You might need to manually install a replacement, but if you're able to, back up your data using a cloud storage service or a USB device before doing so.

A frozen screen can be solved with a forced shutdown, but you'll lose the apps and documents you had open. You may want to try pressing Ctrl+Alt+Del to manually access Task Manager and end frozen apps one by one. Out of date video drivers can also cause graphical issues, so we suggest contacting the manufacturer of your PC's graphics card.

The Which? top choice Desktop PC of the month

The Which? top choice Desktop PC of the month 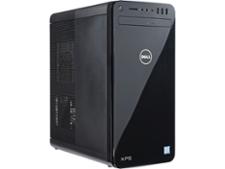 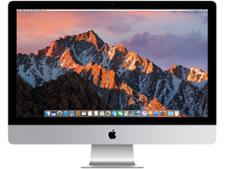 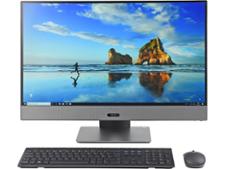