Parking on double-yellow lines, in a resident bay without a permit or in a pay-and-display area without a valid ticket are the most common.

It’s fair to say that most people feel hard done by when a parking ticket appears under their windscreen wiper or in the post, but the good news is that parking fines have a high chance of being overturned.

Don't put up with car that's a pain to drive and keeps needing repairs. Make sure your next car is a car you can trust - see our round-up of the best cars.

Typically, a parking ticket will be issued by:

Whether you’ve received a PCN or a FPN, you have 28 days to pay or contest the ticket. The fee is usually halved if you pay the ticket within 14 days – the time is increased to 21 days if the violation was caught on camera and the ticket is issued by post.

Parking tickets are bad enough, but at least you can drive home. Finding that your car has been clamped or towed is a different matter. You’ll need to pay a fine immediately, either to have the clamp removed or to release your car from the pound.

An attendant should only clamp or tow your vehicle if a PCN has been issued and at least 30 minutes have passed, though this can be lowered to 15 minutes for repeat offenders.

Though more severe, the charges associated with clamping and towing can be appealed in the same way as a parking ticket. Clamping and towing on private property is now illegal, though there are some exceptions. Certain bylaws give landowners the right to clamp and tow, in locations including railway stations, ports and airports. Police and local authorities can still clamp and tow vehicles on private land.

Dash cams can record footage of your car being towed or clamped, which could be useful in an appeal. So make sure you buy a dash cam that records clear, detailed footage - as not all do. Visit our dash cam reviews.

Two thirds of parking tickets are overturned after an appeal, so it is definitely worth having a go.

Start your appeal by writing to the council explaining why you think the parking ticket was wrong. You'll need to start with an informal appeal even if your ticket arrived by post -your half-price early payment period is 21 days, rather than 14.

If you have any evidence like receipts, photos or witness statements, include these as well. The early-payment discount period is usually frozen if you send your appeal within 14 days of receiving your ticket.

It’s best not to pay the parking ticket until you’re sure it won’t be overturned, since getting a refund is almost impossible.

If your informal appeal is rejected, you’ll have the option to appeal formally. This is called ‘making formal representations’ - the council will tell you how to do this.

Council not responded within 56 days of receiving your appeal letter? It must cancel the PCN ticket and refund your clamp fee.

If you’re appealing clamping fees and you receive no response from the council within 56 days of it receiving your letter of appeal, it must cancel the PCN ticket and refund the clamp release fee.

If you still have no luck with a formal appeal, you’ll receive a notice to owner (NTO) that orders you to pay the original charge. It also advises you how to appeal to independent adjudicators.

Who you appeal to depends on where you live:

You have 28 days from when the NTO was issued to appeal or pay. If you do neither, the council can increase the fine by 50%. If you still don’t pay, the debt will be registered at the county court and referred to bailiffs.

Because FPNs are issued by the police, the tickets are dealt with through the criminal justice system. So the only official way to appeal is to have your case heard in court and plead not guilty.

Some police forces allow informal appeals. Details on where to write will be included with the FPN.

If your area allows it, write to the central ticket office address on the notice within 14 days of receiving it. Explain why you think the FPN was unwarranted and include any evidence you may have to support your claim.

Use our free letter to contest a parking ticket on private land to get the appeal process started.

You first need to appeal to the owner of the land or car park administrator. This initial appeal must be done within 30 days. To appeal to POPLA, the car park must be part of the British Parking Association (BPA) or the Approved Operator Scheme (AOS).

The motorist and parking attendant will submit evidence to an independent adjudicator who will determine whether the fine should be overturned. Tickets will only be overturned if the car park operator has broken the BPA’s code of practice or breached contract law.

For more information on the differences between council issued parking tickets and those issued by private parking firms, see our consumer rights guide to parking fines on private land.

How to avoid a parking ticket

Better than appealing a parking ticket is not getting one in the first place. Despite the fact that there is a range of legislations governing where and how you can park, if you understand a few core rules you’ll be able to avoid problematic parking fines.

You can stop on double yellow lines

Just don’t leave your car unattended. If you’re dropping someone off or picking them up, it is perfectly fine to wait for a reasonable length of time.

If you’re collecting someone, make sure they know when you’re arriving so you are waiting for the minimum amount of time. If you are dropping someone off, drive off as soon as your passengers have moved away. But don’t feel you have to rush – passengers who have difficulties will take longer and you are free to wait for as long as it takes.

Even if a parking attendant isn't around, you only need to be caught on camera.

If you are seen to be loitering, or waiting for someone to arrive, you may well be ticketed. Don’t forget - even if a parking attendant isn’t around, you only need to be caught on camera.

You can’t drop someone off at a bus stop

You cannot wait or stop at a bus stop for any reason unless you are in a flow of traffic.

Watch how you park

Parking with half your car on the pavement can seem like a conscientious thing to do to allow space for other drivers. But wardens and pedestrians may not see it that way.

Best practice is to park with your vehicle wholly on the road. Signs at the start and end of the non-restricted area will let you know if you are allowed to park some of your car on the pavement.

Sat navs can help you find places to park legally. To find out which are the best models we’ve tested, and avoid the worst, visit our sat nav reviews.

Some signs will display times and days of the week. Parking outside of these days and times could lead to a fine. The times can still apply to permit holders only – if that is the case, it will be displayed clearly on the sign.

Notices with specific days and times are often found on dual-purpose signs that look more complex. But as long as you find the part of the sign that applies to you and ensure you aren’t going to be parked for longer than the allotted wait time, you shouldn’t receive a ticket.

If you aren’t sure and can’t find a parking warden, it's best not to risk it. It would be difficult to appeal a ticket based on the fact that you couldn’t understand the sign. 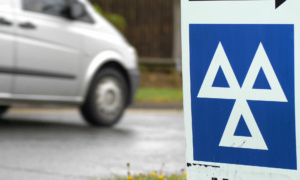 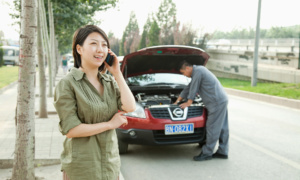 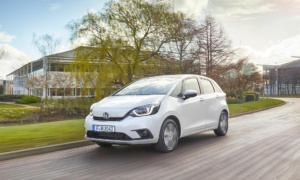 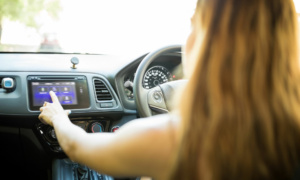 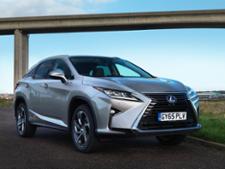