Should I buy a running buggy?

Discover how to run safely, the benefits and our top five buggies for jogging with your child
HF
Hannah Fox
In this article

Want to shift some pounds, boost your mood or simply get some fresh air with your baby? Getting outdoors for a run with your little one is an easy way to get active.

But before you start, it’s important you take certain steps to ensure you have the right kit and know how to run safely.

Read on to discover our tips, plus our round-up of Which? tested running buggy reviews.

Dad running with a baby in a park

How to run safely with your baby

Get the health ‘all clear’

If you've recently given birth, don’t do any form of exercise until you’ve had the OK from your GP. Your body takes time to recover after having a baby, and it’s important you don’t push yourself too soon.

Normally, this would be six weeks after birth if you’ve had a standard delivery and 12 weeks if you’ve had a C-section, but the most important factor is when you’re ready.

At what age can a baby go in a running buggy?

If you want to run with your baby, the general advice is that you should wait until they’re at least six months old, but we’d suggest waiting until around eight or nine months to be safe.

This is because your baby’s neck muscles need to develop until they’re strong enough to sit up in a pushchair, and be able to handle the speed and slightly rougher ride they may experience while you’re running.

Don’t use a carrycot or car seat

Don't run with your baby in the pushchair carrycot, or with the child car seat attached as a travel system. You should avoid carrycots because they're almost always only suitable up to the age of six months, so your baby is still too young.

Meanwhile, car seats aren’t suitable because they usually hold your baby quite high on the chassis, which can change the pushchair's centre of gravity. In fact, the EU standard for pushchairs requires manufacturers to include a warning stating that you shouldn't run or jog with an infant in a car seat or carrycot.

You may be working up a sweat but your child will be sitting still, so be sure to dress them in layers. Standard guidance when not exercising is that your baby should wear one more clothing layer than you would if you were out walking as normal. Don’t forget a blanket or footmuff and a rain cover if the weather turns.

Ensure the pushchair seat is upright

If your pushchair can recline back, make sure that it’s set in an upright position when you start running. This is the safest position for your toddler and the most stable position for the buggy when you’re pushing it.

Dad running with his child in a running buggy

Find out what is the best pushchair brand.

Key features to look out for on a running buggy

Pushchairs designed for running will often have these features, and may be marketed as ‘all terrain’, so look out for them.

If you spot these features on a standard pushchair, it means it could also be a good option if you do a lot of walking with your pushchair.

Find out what are the top 10 most popular double pushchairs.

What is the best running buggy?

Take a look at the reviews of some of our highest scoring-running pushchairs.

This three-wheel all-terrain pushchair is not far off being a Best Buy. It's very pleasant to push over all terrain and it's easy to manoeuvre. It's suitable until your child reaches 20kg, which is about five or six years old and can be converted into a double pushchair for a growing family.

This three-wheeled pushchair comes with large air-filled tyres, to help navigate uneven off-road terrains. It's travel-system compatible, so can be used with a car seat, and it can also be used with a carrycot.

The manufacturer describes this double pushchair as 'the world's best side-by-side', which is a pretty grand claim. We previously tested the original back in 2013, but we've brought it back into our lab to scrutinise the updated version. Find out how it's rated by our pushchair experts and parent testers, and whether it would be a suitable pushchair for your family by reading the full review.

This is a three-wheel jogging stroller with a forward-facing seat that's suitable from six months up to 15kg, which is the average weight of a three- or four-year-old child. It has a handbrake for use when jogging, and a shopping basket with a zip-top cover, so nothing should fall out while you're on the move.

This pushchair has bike-like features and large wheels which could make it perfect for bumpy terrains. It's approved for running despite its swivel front wheel; which should mean it's manoeuvrable enough to use out and about on a daily basis as well.

One jogging pushchair to avoid

This running buggy has too many safety failures to make it anything other than a Don't Buy, including some that could be very hazardous for your baby. Even without those failures, there are still issues around how easy it is to manoeuvre and storage capabilities. Read the full review for more information.

Mum exercising with her baby

Benefits of running with your baby

Being outside can have real benefits for your mental health, so if you’re looking for a way to boost your mood, then lacing up your trainers and heading out with your baby in their buggy is a good place to start.

However, the added benefit of running (or power walking) with your child is that you’re killing two birds with one stone. You’re getting your child out for some fresh air and you’re doing something for yourself. You could sandwich a playground session with a run around the park before and after. No more worrying about leaving your child in the gym crèche while you do a gym workout, or leaving your partner to manage alone if you’ve got more than one child.

Plus, an added bonus of going for a run with your little one is that you don’t have to carry your keys, wallet or phone stuffed into your pockets. You can just pop them into the buggy's basket while you exercise.

If you’ve ever tried to get your child to sleep by putting them into a car seat and going for a 20-minute drive, hoping the gentle rocking and hum of the engine will send them off, then you may get the same effects while running with your child. It could be useful if your toddler has suddenly decided that they want to give up daytime naps.

Women running with their babies

Buggy, travel system or all-terrain: How to buy the right pushchair for you

Can you run with a normal buggy?

While the occasional dash to catch a bus while you’re pushing your pushchair should be fine, we don’t recommend using a standard pushchair or stroller for regular running.

Running and all-terrain exercise buggies are properly designed so that they’re easier to run with (as mentioned in the key features earlier in this article).

If you don’t want to fork out for a proper running buggy, you can still exercise with a regular one, but switch to a brisk power walk (where you’re walking at a speed that makes it difficult to hold a conversation). This can be just as effective as running, but it’s easier to control your speed.

Plus, you can still use a standard buggy as a balance bar to hold on to while doing squats, lunges or stretches. Just make sure it has a strong brake that holds well.

Find out what goes into our pushchair tests by reading our guide to how we test pushch​​​​airs. 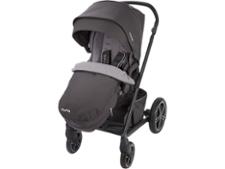 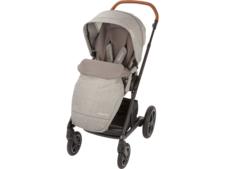 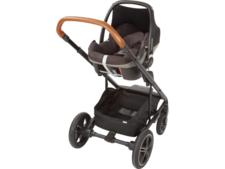 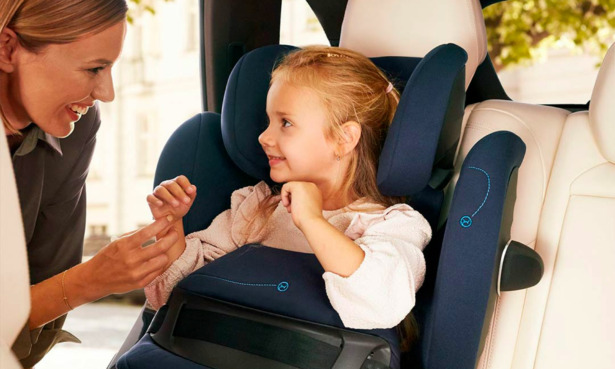 Is a car seat that lasts your child 10 years worth the money? 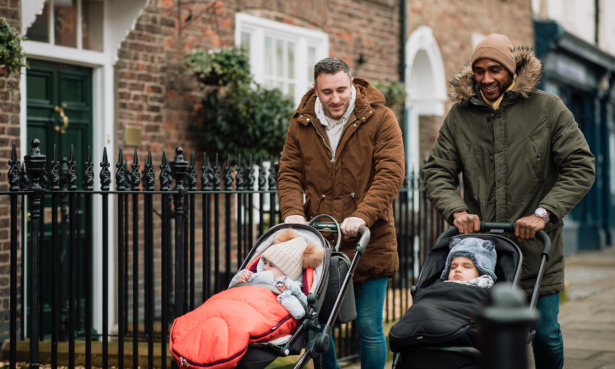 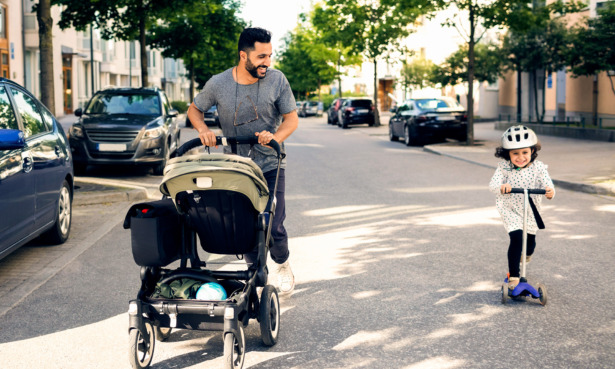 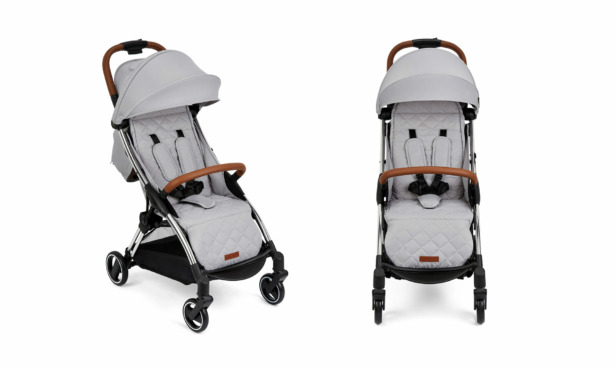