Should I buy a hand mixer or stand mixer?

Do you need to splash out on a stand mixer to achieve a perfect bake, or could a hand mixer be all you need? We explain how to choose.
GW
Georgia Wilson
In this article

If you're a keen baker, or just starting out, you'll soon find your arm muscles crying out for some help with the hard graft of mixing cake batters, doughs and pastries. But what would suit you best – a stand mixer, hand mixer or hand mixer on a stand?

What you like to bake, the size of your kitchen and how much you're willing to spend will all make a difference to what type of mixer you choose. Below we explain the key differences between the three types of mixer. Read on to find out more about their pros and cons and which will suit you best.

Alternatively, you can head straight to our round-up of the best stand mixers. Not a member? Join Which? to get access to thousands of reviews from ovens to vacuum cleaners.

Hand mixers vs stand mixers: what should you buy?

Why buy a stand mixer?

A stand mixer has a fixed stand and mixing bowl, with a lever-operated arm onto which you can fit various mixing attachments. Stand mixers use a planetary mixing action, which means the mixer doesn't just mix ingredients in the middle of the bowl, but instead moves around the bowl as the attachment counter-rotates for more thorough mixing.

Stand mixers can cost anything from around £80 to £800. They usually come with a large balloon whisk (for whipping and whisking), flat beater (for cake mixing and pastry) and dough hook (for bread). Some also include a beater with flexible silicon edges which scrapes any unmixed ingredients off the side of the bowl for a more even mix.

Some stand mixers can accommodate a variety of additional attachments such as jug blenders, mincers, food processors and even ice-cream makers, depending on the model. So while they may be initially more expensive, they can double up as a food processor, blender – and more besides.

Many models also include a splash-guard lid which fits over the mixing bowl and helps to keep ingredients in the bowl rather than splattered over the stand mixer itself or your kitchen work surface. To find out more, take a look at our full guide to mixer attachments.

Pros: Mixing bowl included, large attachments and bigger motor better suited to larger capacities, no effort involved in mixing, you can leave it to mix while you weigh out ingredients or get on with other things

Cons: Usually more expensive, large and heavy than other mixers, although this varies widely between models. Some models struggle with very small quantities

Not all stand mixers are created equal – we've found models that fail to mix ingredients properly, leaving you with flat or stodgy results. Use our stand mixer reviews to compare models and find the best mixer for you.

Would a hand mixer be better?

If you bake occasionally and only need to whisk eggs, whip cream and mix batter every so often, then a hand mixer could be a better option for you.

Hand mixers are a lot smaller than stand mixers, so will take up a lot less space in your kitchen. They're also a lot cheaper – with many costing less than £20.

While they only mix in a fixed position, you can move them around the bowl to ensure a more even mix.

However, they're more labour intensive to use as you'll have to hold and move it around the entire time you're using it, so they can be tiring if you're doing some intensive baking.

Cheaper hand mixers just include basic flat beaters as attachments, but more expensive models will include extra attachments such as a balloon whisk and dough hooks. Some models will have a limit on the volume of dough you can mix, or how long you can mix for, to protect the smaller motor from burning out.

Hand mixers usually have around five speed settings, while stand mixers can have more than 10. You'll need a deep mixing bowl to hand, and it can be hard to prevent the mixer splashing ingredients around as there's no splash guard.

Cons: Can't do as many tasks as stand mixers can, more tiring to use – particularly for thicker mixes such as buttercream or kneading dough, less powerful

What about a hand mixer on a stand?

Hand mixers with stands are a halfway point between a hand mixer and stand mixer. They have a detachable hand mixer which fits onto a stand with a bowl, so you can pick it up and use it to mix, or slot it into the base and let it mix automatically.

At around £50, they're much cheaper than stand mixers. Some have rotating bowls, which helps to reach more of the mixture when using the stand, but generally the lack of planetary mixing action means they aren't as effective with mixing all your ingredients thoroughly.

Like with hand mixers, they have less speed options than with a stand mixer and you won't be able to get the same range of attachments. They also don't tend to be as sturdy or powerful either.

Lastly, the bowls tend to be smaller than those on stand mixers – between 1.5 to around 3 litres, while many stand mixers have bowls of 4 litres or more – so think about how much you'll want to bake.

It's worth keeping in mind that you don't have to spend £400 or more to get a great stand mixer as we've found Best Buy stand mixers for less than £180, so its probably worth trading up.

Pros: Cheaper than a stand mixer, allows you to rest the mixer without stopping mixing altogether

Cons: Mixing when fixed to the stand is less effective

To see what one of our researchers thought of this type of mixer when they tried it at home, read our first look review of the .

If you aren't sure whether a food processor might suit you better, or want to see the different types of food mixer and processor in action, head over to our baking gadget buying guide, which has a handy video showing the differences between food processors and mixers to help you decide. 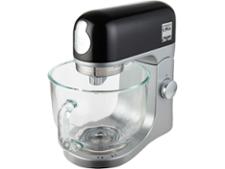 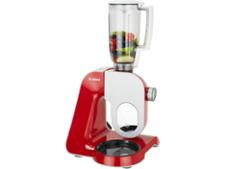 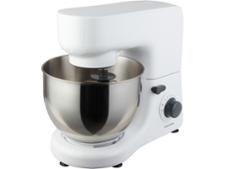 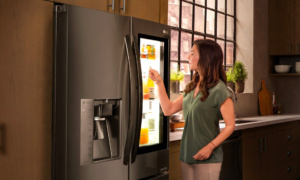 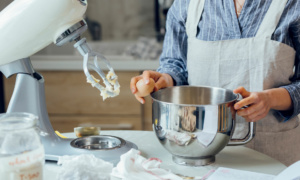 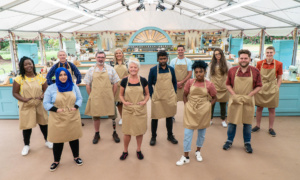 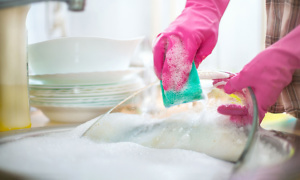