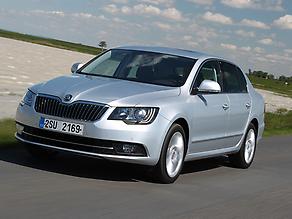 Large cars come with large prices and consequently buyers’ expectations for quality and performance are high too. However, not all large cars live up to these. In fact, the least reliable car in the entire Which? Car Survey is a large car.

When you’re paying tens of thousands of pounds for a new car, you want to know that you’re getting a machine that is not only reliable, but enjoyable to live with – especially if you splash out on a pricey large car. However, it’s a large car that sits at the bottom of the entire Which? Car Survey for reliability.

Unsurprisingly this car is also at the bottom of the league for customer satisfaction with just one model range separating it from being the least satisfying car overall. Owners slated this car for its poor mechanical reliability, unreliable electrics including faulty central locking, mediocre build quality and the high cost of spares and repairs.

In contrast, the most satisfying large car delighted owners with its ‘limo-like comfort’ and ‘excellent spec and build quality’, earning it a very strong customer satisfaction score of 95%. Here we reveal which large cars proved the most and least satisfying to live with in the 2013 Which? Car Survey.

Join Which? and gain instant access to all of the latest Which? Car Survey results.

Most satisfying large car to live with

Living up to its name, owners described the Superb as ‘superb to drive, looks good, feels good, eats luggage, tows like a dream. It’s powerful, stable and surprisingly easy to park given its size.’

With ‘limo-like comfort’, ‘massive space in the back seats and boot’ and ‘excellent spec and great build quality’ the Superb is a clear 36% ahead of the least satisfying large car.

Find out the five highest-rated large cars for reliability 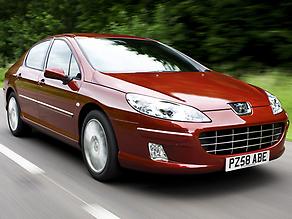 The picture isn’t so rosy for the Peugeot 407 (2004-2011) though. Thanks to its abysmal reliability score of just 48% owners found no end of things to complain about. Thanks to faulty starter motors, failing central locking, windows and door mirrors, wheel bearings and expensive spares and repair bills, the 407 chalked up a lowly customer satisfaction score of just 59%.

One owner summed up the 407 with, ‘build quality is very poor and components seem to be very fragile and break easily’, another slated the car’s ‘mechanical unreliability and attitude of service/repair departments in the dealership and that of Peugeot themselves’.

With suspensions faults, electronic braking problems and poorly air conditioning systems to content with, we’d recommend that you steer clear of the 407 – as would many 407 owners themselves, judging by their comments.

Find out the five lowest-rated large cars for reliability