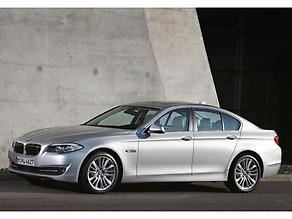 Even though the least satisfying luxury car scored far higher for customer satisfaction than least satisfying car in any other class, owners complained about cripplingly high running costs. Bills faced by owners included £500 for a replacement headlight, £1,000 for fixing a faulty Bluetooth handsfree kit and £600 to replace a display panel.

Here we reveal which luxury cars proved the most and least satisfying to live with in the 2013 Which? Car Survey.

Join Which? for £1 and gain instant access to all of the latest Which? Car Survey results.

Most satisfying luxury car to live with

Owners raved about the BMW 5 Series (2010-) with one describing it as ‘a very stylish, well-built and comfortable luxury car’. Another 5 Series driver summed it up as ‘comfortable, reliable, great to drive, and good value’. The 5 Series chalked up a very strong customer satisfaction score of 92%, making it the most satisfying luxury car.

The car’s build quality, comfort and handling all came in for praise, as did its ‘beautiful ride, smooth power and superb gearbox’. Another owner said ‘the gearbox and engine are heavenly’ with several 5 Series owners  naming it the best vehicle they’ve ever driven.

‘Every time you drive it always performs well with predictable and quiet efficiency. It has sensible levels of practical and helpful technology that always work as they should’.

Read all the results for owner satisfaction from the survey 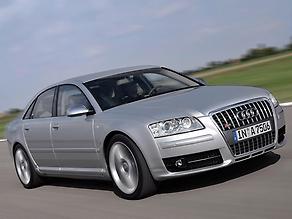 At the other end of the rankings is the Audi A8 (2003-2010) with a score of 76%. Though this is a reasonable score in its own right, a number of owners criticised the car for its extortionate running costs and sheer size.

‘It is extremely expensive to run, and parts are very very expensive. Getting the right part for a particular car is sometimes difficult,’ wrote one A8 owner. Another said, ‘the A8 can be difficult to park in car parks. It’s easy to ground on driveway slopes and if mounting high kerbs’.

Owners complained about problems with Bluetooth, front brake pads and the electrics while one A8 driver said they’d spent £3,000 in repair bills over the previous year. ‘It has lots of bells and whistles and consequently there are lots of things that can go wrong, and when they do it is expensive’.

Find out the three lowest-rated luxury cars for reliability