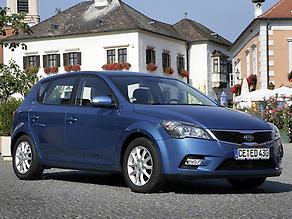 You’d expect medium cars to come with medium-sized bills. But one medium car is just 0.1% away from being the worst value car in the entire Which? Car Survey.

With medium cars including everything from compact family hatchbacks to 4×4-style ‘crossovers’, you’d expect a range of running costs. However, the worst value medium car has so many niggles and such steep prices that owners have named it the second worst value car in the entire Which? Car Survey. Just 0.1% separates this model from being the worst value car overall.

Owners have slated this model – the Mini Countryman – for falling far short of claimed economy figures, having flawed controls that are hard to use on the move and very high prices. However, the top performing medium car – the Kia Cee’d – is praised for being ‘a good day-to-day tool and very reliable and economical to run’.

You can find out which models were rated best and worst for value for money and discover numerous other car-owner verdicts by signing up to Which?

Members can read the full Which? Car Survey results. If you’re not a member, join Which? and gain instant access to all our ratings.

With a value-for-money score of 89.4%, the Kia Cee’d impressed owners with its low running costs, sound reliability and long standard equipment list. One Cee’d driver praised the car for being ‘reliable, well-built and well-designed’ with ‘good servicing from (the) main dealer.’

Another Kia owner said of his Cee’d: ‘such good value for money, great specification for the price. Loads of space inside.’ Also coming in for praise was the Kia’s low fuel consumption, seven-year warranty, performance and practicality.

Summing the car up, another Cee’d owner said: ‘the car is very reliable, hassle-free, decent value for money and has an excellent seven-year warranty’. 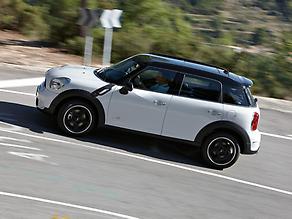 Just as the Mini hatchback sits right at the bottom of the supermini value-for-money table, Mini continues this trend with a poor showing for the Countryman (2010-). The difference is that Countryman owners thought the car was such bad value for money that it is the second worst value car in the entire Which? Car Survey.

According to owners, the Countryman gets its lowly 61.5% score thanks to poor fuel consumption, a harsh ride, unfathomable interior controls, a small boot – and above all, extortionate purchase prices.

One Countryman owner says, ‘I had three major faults in a car costing over £28k. The layout of all controls is totally frustrating and most are unusable whilst the car is being driven. An accident waiting to happen. Never again’.

Another Mini driver adds, ‘The build quality is poor and the ride is not great. It crashes over bumps. Should be better for something listing at £25k’. Throw in excessive tyre noise, a cumbersome handbrake, a lack of storage space, large blind spots and an overall sense of style over substance and many owners thought this car feels ‘mini’ in everything but price.