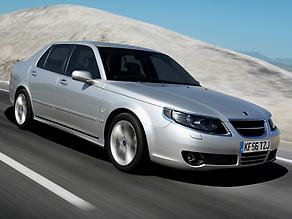 Luxury cars typically cost a lot to buy, but they needn’t break the bank in running costs – provided you choose carefully.

You wouldn’t expect a luxury car to be cheap, but you might expect a lot of car for your money. Our best-value luxury car truly lived up to its billing with nearly all owners raving about its superb comfort levels. And while it may be a luxury model, it still scored above average for value overall in the Which? Car Survey.

The worst value luxury car, however, is within striking distance of the bottom of the survey. Owners complained about its hearty appetite for fuel and oil. A number of drivers also described it as being both uncomfortable and difficult to get into – not good attributes for a luxury machine.

Find out which cars were rated best and worst value and read full Which? Car Survey results by signing up to Which? for just £1.

Thanks to Saab owners’ satisfaction with their cars, the 9-5 chalked up a strong value-for-money score of 84.5%. A large number of owners described the 9-5 as ‘very comfortable’, with one adding: ‘for the price, nothing else gives the same amount of space, comfort or performance’.

Another Saab owner said, ‘I love the fact that I have a reliable, solid, quality car, loaded with extras, without having had to pay the steep prices associated with German makes.’ The car makes an ‘excellent long-distance car with a massive boot’ and is ‘safe, reliable, easy to drive, with excellent in-car entertainment’. 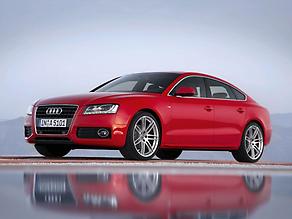 Way down at the other end of the luxury car table is the Audi A5 Sportback (2009-) with a score of 67.3%. Unlike the Saab, many Audi owners criticised their car for being uncomfortable due to its firm ride. The A5 Sportback is also hard to drive smoothly, according to several drivers.

Contributing to the poor value money score, the A5 ‘uses a great deal of oil – needing approximately one litre every other month’, the ‘petrol consumption is some 10mpg worse than advertised’ and the ‘highly expensive’ built-in satnav is ‘a disaster’ and ‘doesn’t take full postcodes’.

The A5 Sportback is ‘uncomfortable on motorways and A roads’ and ‘the 19-inch wheels give a hard ride’, jeopardising its billing as a luxury car. Other owners have criticised the S-Tronic automatic gearbox for being ‘jerky’ with the ‘random jerkiness of the accelerator’ meaning that ‘you cannot “creep” forward’. ‘The brakes are occasionally very sharp, causing me and any passenger to lurch forward’.

Beyond these failings, owners also complained that ‘access is difficult for large or older people’, ‘rain water enters the boot area when opened’ and ‘it feels like a large car, so parking can sometimes be a challenge’.