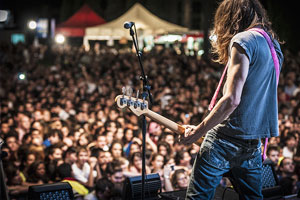 Listings on some well-known ticket resale websites are in breach of the new Consumer Rights Act 2015, a Which? investigation has discovered.

Which? looked at five top resale ticketing websites offering tickets for artists such as One Direction and U2, and sporting events such as the Rugby World Cup and Six Nations.

We found key booking information missing in a number of instances – a clear breach of the Consumer Rights Act 2015.

The Consumer Rights Act requires that key details be given at the time of resale, including the face value of the ticket, seating area as well as any restrictions that apply.

Which? executive director Richard Lloyd said: ‘It’s unacceptable that these ticket resale sites are getting away with not providing fans with key ticket information, leaving them unsure whether their ticket is a good deal, where they’ll be seated or if they’ll even get in.’

We’ve produced a number of guides you can use to help you safely shop for tickets online.

In a market worth an estimated £1bn a year, consumers are not always provided with all the information they need in order to make an informed purchase.

The Consumer Rights Act requires that consumers are provided with the face value of tickets being resold. Without this information, it’s impossible for consumers to tell whether they’re getting a good deal.

Companies also need to make it clear where a ticket is located, including block, row and seat numbers (if applicable), and any restrictions that apply to the ticket. If you have to provide ID alongside the ticket, for example, consumers should be told this.

Is your ticket a good deal?

GetMeIn, SeatWave (both owned by Ticketmaster) and StubHub all told us that the seller who lists the tickets on their digital platform is responsible for providing the correct information.

But all websites said that they do take action if tickets are incorrectly listed.

‘Instead they must take responsibility for information displayed on their websites and ensure consumers have enough details to make an informed choice.’

WorldTicketShop told us they are working with lawyers and organisations like Which? ‘to ensure our marketplaces comply with the provisions of the Act.’

Viagogo is yet to respond.

The Consumer Rights Act isn’t clear about whether the responsibility for ensuring consumers receive all the information necessary lies with the ticketing websites or the ticket sellers themselves.

But Which? believes the ticket companies should take responsibility for their websites and do the right thing by consumers. They should only display tickets for sale which meet the legal requirements.

These findings come a week after the government announced a review of consumer protection in the secondary ticketing marketing.

Prior to the Consumer Rights Act, StubHub, Seatwave, Viagogo and GetMeIn all faced criticism from the UK’s competition regulator for a lack of transparency on ticket pricing.

They were also criticised for charging amounts that the Competition and Markets Authority (CMA) said were ‘too high’.