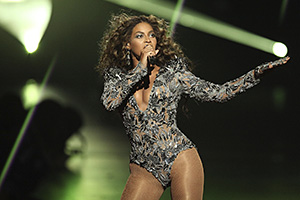 Music and theatre tickets are still being sold unlawfully on some of the UK’s biggest secondary ticketing sites, new Which? research has found.

The research found numerous examples of tickets being sold in breach of the Consumer Rights Act, which came into force in October 2015.

The law specifically requires that customers must be made aware of the original face value of the tickets, any restrictions and, where appropriate, standing or seating information such as block, row and seat numbers.

Despite these legal requirements, Which? found examples where customers were left without key information, including row and seat numbers, and the original face value of the ticket, on websites including GetMeIn!, Seatwave, StubHub and Viagogo.

The findings come ahead of the government’s independent review of the secondary ticketing market, due to report by 26 May,

Buying tickets online can sometimes be a tricky business – especially if you’re not sure whether the ticket seller is official. Read our guides to help you take action if ticket buying goes wrong.

Government must crack down on bad practice

We also posed as a seller on these sites to check what information was required when listing tickets.

Which? director of policy and campaigns Alex Neill said: ‘We’ve found evidence of tickets being sold unlawfully. This means people will struggle to find basic information on tickets, such as face value and seat location.

‘It is clear the protections put in place by the Consumer Rights Act aren’t being followed by some of the biggest players in the market, and no action is being taken against them.

‘The government must crack down on bad practice so that people know what they’re buying and don’t get ripped off.’

StubHub told us that all sellers who list tickets on its site must comply with applicable laws and regulations.

It added: ‘There are instances where sellers may not have access to this information at the time of listing, as some primary vendors do not provide this at the time of purchase.’

GetMeIn!, Seatwave and Viago didn’t respond to our request to comment.

What breaches did we find?

No face value information  On Viagogo, some of the listings we saw for the Beyonce Formation tour and Catherine Tate Show failed to show the exact face value of the original ticket. Instead, in these cases, Viagogo’s small print said the face value of each ticket was within a certain range.

For Beyonce, this range was often very large (from around £40 to more than £200). When posing as a seller, we found that Viagogo make it mandatory for ticket sellers to enter the exact face value when listing a ticket, so Viagogo appears not to be displaying this information on their website.

We found sellers could list tickets on GetMeIn!, Seatwave, StubHub and Viagogo without providing the seat numbers associated with the ticket.

No information on restrictions  Viagogo did not require sellers to provide ticket restrictions when listing the ticket for sale. On the other three sites – GetMeIn!, Seatwave and Stubhub – sellers were required to confirm there were no restrictions.

In light of this evidence, Which? is calling on the government to use its forthcoming report to clarify that it is the secondary ticketing sites, not consumers, who are responsible for ensuring listings comply with the Consumer Rights Act, and to take action to enforce the law where clear breaches are found.