The new year presents an opportunity for reflection, as well as a chance to think ahead. In an effort to avoid focusing on our personal goals, we’ve put together our 2018 predictions for the world of smartphones.

Some of our predictions are admittedly almost dead certs. For instance, there’s almost zero chance we won’t see new high-end smartphones from the likes of Apple, LG and Samsung. But a few of our other musings are a little less tangible.

Keep reading to discover what we think 2018 will bring for smartphones. We cover expected high-end launches, the rise of the mid-range model, foldable phones, and more.

Mobile phone reviews – if you’re simply looking for a smartphone you can buy right now, consult our expert reviews that are based on weeks of lab tests

This musing falls more into the ‘wishful thinking’ camp than other predictions, but it’s not entirely without substance.

There’s talk on the tech grapevine that Samsung will be launching a foldable phone at some point in the near future. The theory is that it will have two displays that are held together by a hinge, allowing the device to unfold into more of a tablet – great for watching films, gaming and other activities that require a bit more space.

This could mean you could have two apps running on separate displays at the same time. Android phones already let you have two apps open on one screen – but two screens could make this even easier to do.

Samsung isn’t the only manufacturer toying with the idea of a foldable phone. There has also been speculation that Microsoft will return to the smartphones market with the Surface Phone, which could adopt a similar design. The below image is from designer David Breyer, who created some rendered images of the Microsoft Surface, based on patent filings.

There’s been plenty of speculation over the past year that both Samsung and Apple were attempting to master the apparently very difficult art of placing a fingerprint scanner under a display. This would have allowed phones such as the Samsung Galaxy S8 and S8 Plus to sport an even sleeker look, and the iPhone X to retain an alternative to Face ID. Samsung has registered to patent such a design, and Chinese smartphone maker Vivo appeared to have beaten both phone giants to the punch by launching an under-display fingerprint technology back in June.

There was talk that the upcoming Samsung Galaxy S9 will have an under-screen fingerprint sensor, but the prevailing gossip places it underneath the rear camera. With a range of additional applications for such technology beyond smartphones, it seems like only a matter of time before it arrives. Whether it will be 2018 before it’s polished enough to reach the mass market, we’ll have to wait and see. 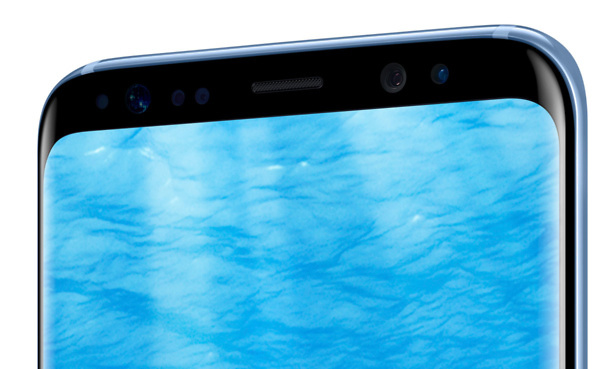 2017 saw many manufacturers reduce the bezels at the top and bottom of phone displays, for large screens without increasing the size of the phone to a comical extent.

It means you have a bigger screen for more immersive video-watching and game-playing, and you won’t need to scroll as much when reading a news story.

It’s been the preserve of pricier smartphones, such as the Samsung Galaxy S8, iPhone X and Huawei Mate 10 Pro. However, we may well see it filtering down to mid-range models in 2018. Samsung recently announced the latest additions to its more budget-friendly A-series, the Galaxy A8 and A8+. They each have narrow bezels and immersive-looking displays – although the actual prices of these handsets have not yet been revealed.

This move by Samsung could be an indication that, for many consumers, the mid-range could be the ‘sweet spot’ for 2018. As high-end smartphones get more expensive, we think more people are going to turn to mid-range models (costing between around £200 and £400) that are perfectly capable of handling day-to-day tasks and look nice, too.

In recent years, mid-range smartphones have really upped their game. You can currently buy our cheapest Best Buy for around £200, which we name in our top five best smartphones of 2017.

A fingerprint sensor for fast unlocking used to be found mainly on high-end models. However, it’s appearing more frequently on cheaper designs. It’s likely that the same will happen to features we currently think of as high-end. So 2018 could see more mid-range phones that are water-resistant, have dual rear cameras, more generous on-board storage, and possibly even facial recognition as an alternative to unlocking with your fingerprint.

A bit less speculation is needed here – it’s inevitable that the big brands will be launching new premium smartphones in 2018, although it may be a little while before we see any radical new designs.

The first three months of the year will almost definitely bring one of the biggest phone launches of the year, in the form of the Samsung Galaxy S9. Tech enthusiasts are already busy making predictions – we cover some of the key rumours and what we reckon we’ll see in Samsung Galaxy S9: what we know so far.

We’re also expecting the follow-up to the LG G6, which will probably be called the G7, and in the last few months of the year, we’ll also probably see new Apple iPhones and the Google Pixel 3. The launches of the iPhone 8, 8 Plus, X, and Google Pixel 2 and 2 XL are a little too recent for anyone to make too many predictions on what their successors will look like.

Mobile phone developments next year won’t just be about refining hardware and design – a number of software developments are in the works, two of which could begin to shape the way we use these devices.

We’d expect to see more AI on smartphones in 2018. The recently launched Huawei Mate 10 Pro is an example of what this could look like.

The Chinese manufacturer claims to have trained this smartphone’s cameras to detect what you’re taking a picture of. If this works, you can press an icon on the touchscreen, which should adjust the camera settings to give you the best possible results. Currently, it can only recognise certain things, such as people, pets and plants, but Huawei says it will add more in the future and this will be helped by collecting data from people using its phones.

Head to our Huawei Mate 10 Pro first look review to find out what our experts thought of it after using it for a few days. 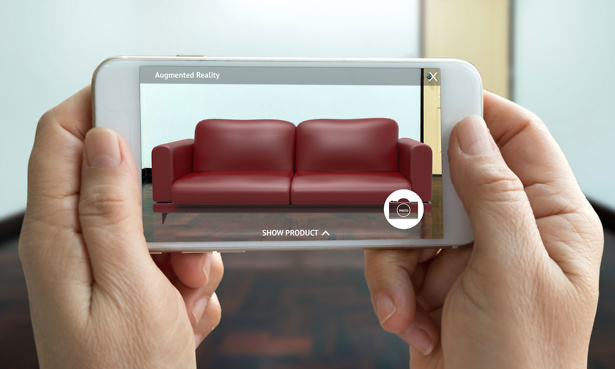 Although AR is more about apps than smartphone hardware, we think it will affect how we use our phones in 2018 – especially as AR apps are becoming more popular by the day.

Augmented reality works by overlaying things into the world around you through a camera. Point your phone in any direction, and the app will overlay images into the environment, making it look like they’re actually there.

Ikea has recently launched an AR app that lets you preview how furniture, rugs and even paint will look in your home – and plenty of other manufacturers have jumped on the hype. This is definitely a trend to watch out for.

Take a look at the cream of the crop from 2017 with our Best Buy mobile phones.